The Trump Tax Cuts Were Supposed to Depress Housing Prices. They Haven’t. 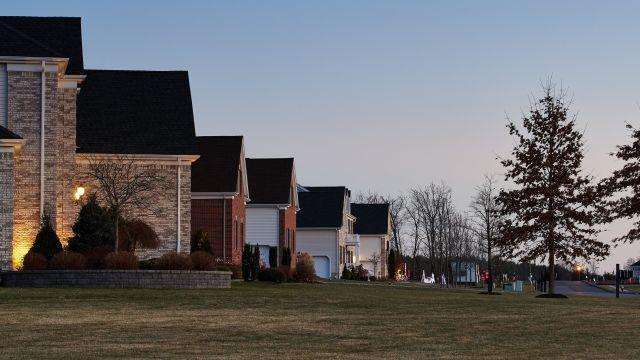 WASHINGTON — It was not supposed to take long for the Trump tax cuts to hobble housing prices, particularly in the high-tax, high-cost metro areas where the new law was poised to rip federal incentives to buy new homes.

Nearly nine months later, those warnings have not materialized. While the nation’s housing market is showing signs of weakness on several fronts — particularly in new-home construction — prices across the country are continuing to climb. That is true even in the million-dollar-plus markets of California and Washington, D.C., which appeared most at risk for a hit when the bill was pending.

Economists see only faint effects from the new law so far in housing data. They are small, and they are contained to a few high-priced, highly taxed ZIP codes, largely in blue states.

They are nothing close to the carnage that real estate groups warned about when the law was under debate last fall.

“We thought that there would be some impact,” Lawrence Yun, chief economist for the National Association of Realtors, said this spring, “but the market is saying, so far, there is not an impact.”

Other clouds are looming, however, and policymakers are beginning to worry about the health of the housing market nationwide. Minutes from the Federal Reserve meeting that ended Aug. 1 cited the risk of a “significant weakening in the housing sector” in the months to come.

Fed officials noted that residential investment had declined this year, and that the issuance of new building permits had fallen. They reported that residential construction activity appeared “to have softened somewhat,” for reasons that could include rising mortgage rates, scarcity of available lots in certain cities and price pressures on homebuilders attributed to rising labor costs and recently imposed tariffs on building materials.

But they did not raise similar alarms about falling home values — or about the impact of the of tax cuts on the housing markets.

Because it doubles the size of the standard deduction that most taxpayers take — and reduces the incentives for Americans to claim itemized deductions — the new tax law will reduce the number of Americans who claim the mortgage interest deduction on their income taxes. It dilutes the value of the mortgage deduction for some new, high-end buyers by limiting the tax break for interest paid to a mortgage debt of $500,000 or less. The new law also caps at $10,000 the amount of state and local taxes, including property taxes, that homeowners can deduct from their federal taxes.

“The direct result of these changes,” the National Association of Realtors told members of Congress in a letter in November, “would be a plunge in home values across America in excess of 10 percent, and likely more in higher cost areas.”

The median American home sold for nearly 6 percent more in June than it did a year ago, according to data from the online real estate firm Zillow — the same rate as the increase from June 2016 to June 2017. The strength has continued even though the Federal Reserve has raised interest rates steadily for the past year, which also dampens prices by pushing up the cost to borrow for homebuyers. — Homebuyers don’t seem worried about the new law

Last fall, as the tax overhaul package sped through Congress, Anslie Stokes started fielding questions from nervous homebuyers, who were hearing warnings that the bill would crimp the government’s incentives for homeownership and upend housing markets.

Stokes, a Realtor who runs the Stokes Group at McEnearney Associates in the Washington, D.C., area, noticed at the time what she calls a “pause” in buyer activity. But soon after Trump signed the law in December, buying activity picked right back up again in the wealthy neighborhoods of the District of Columbia and the high-end suburbs of Maryland.

“We haven’t seen buyers lower their price point” as a result of the tax law, Stokes said. “All buyers are aware of it, and they’re factoring it in. But they’re not changing what they want to do.”

That is true even though the tax law has unquestionably diminished the value of several federal subsidies for homeowners. It limits deductions for state and local taxes, including property taxes, to $10,000 per household, which hurts owners of expensive homes in high-tax states. It lowers the cap on the mortgage interest deduction, which raises housing prices by allowing homeowners to write off the interest payments from their loans, to $750,000 for new loans, down from $1 million. Existing loans are grandfathered under the old cap.

The law also dilutes the value of the mortgage deduction by doubling the standard deduction for all taxpayers, to $24,000 for couples and $12,000 for individuals. That increase is expected to reduce dramatically the number of taxpayers who claim itemized deductions. The congressional Joint Committee on Taxation estimated this year that about 14,000 American tax filers will claim the mortgage deduction this year, for a total value of about $25 billion. That is down from 32,000 filers, and a total value of nearly $60 billion, in 2017.

— Only SALT is dragging on home prices — and not by much

The limitation on deductions for state and local tax, or SALT for short, appears to be the only change having much impact on the market, according to a detailed analysis of housing markets across the country from economists at Zillow.

The analysis looked at the pace of housing value appreciation in local markets across the country, before and after the new law took effect. It isolated changes in those rates, over time, when controlling for several factors: the share of residents who itemize their deductions, who claim the mortgage deduction, or claim the SALT deduction.

The first two had no effect on whether home values increased faster or slower in an area after the law took effect. But starting with the date for May, the Zillow team began to see a significant, but small, change based the use of the state and local tax deduction. In the top 10 percent of areas that make use of the SALT deduction, growth in home values have slowed by about 0.6 percentage points since the law took effect. At the median, growth has slowed by about 0.3 percentage points. The bottom 10 percent have not seen any slowdown. Zillow researchers say the Boston metro area illustrates the point. It straddles state lines, with one state (Massachusetts) featuring higher state income taxes that drive more residents to claim the SALT deduction. After the law passed, ZIP codes in the Boston area saw a 0.6 percentage point slowdown in home appreciation on the Massachusetts side — and a 0.1 percent acceleration on the New Hampshire side.

The effect there is “not huge, it’s small,” said Aaron Terrazas, senior economist at Zillow. Home sellers in areas with high use of the SALT deduction are not, in general, losing money from the law, he said. “They’re giving up hypothetical money that otherwise they would have had.”

There are, of course, markets across the country where housing prices have actually fallen in the past year. One of them is notably high-priced: New York City. Prices in Manhattan fell 1.1 percent from a year earlier in June, the online real estate firm StreetEasy reports. But economists say tax policy is not driving the trend — it is good old-fashioned supply and demand.

“In April, May and June, we had a flood of new homes hit the market,” said Grant Long, a senior economist at StreetEasy. “It’s really hard to say why that is.”

On the flip side is San Jose, California: Its prices continue to skyrocket, even though Silicon Valley residents are heavy users of the SALT deduction.

— Some benefits from tax reform may be offsetting the drags

Experts say several forces are helping to counteract the diminished federal homebuying subsidies. Across the country, a growing economy has finally begun to entice millennials into the buying market, after years of waiting for their finances to recover from recession. Direct savings that workers are realizing from the new law’s cuts in individual tax rates could be helping, too.

Unlike in New York City, the supply of homes on the market — both newly built, and existing homes put up for sale — is falling for the nation as a whole, which also lifts prices. That tight supply is partially the result of a decade of caution in the homebuilding industry following the housing crisis. It also stems from strict local curbs on new housing development, particularly in “hot” metro areas such as Denver, Los Angeles and Washington.

Trump administration officials say the lack of a discernible crimp on housing prices proves the administration’s predictions that income gains spurred by the tax cuts could cancel out what the White House Council of Economic Advisers predicted would be a “modest” impact from lowering the mortgage interest deduction cap.

“There are a whole bunch of people who swallowed the ‘tax cuts aren’t going to stimulate much’ story,” said Kevin Hassett, the council’s director. “But if you’re getting a lot of income growth, the income growth increases the demand for housing, and the mortgage interest deduction reduces it. And the effects offset.”

Economists caution that the changes might have a larger effect in an economy where housing inventory is more plentiful, or where income growth is slower and consumers worry more about tax preferences when making buying decisions.

A dent on prices “will show up over time,” Yun said. “But when is that time? Will it take one year? Two years? Three years? That is the question.”