The sky's the limit: how the Washington-Warren Airport has taken off 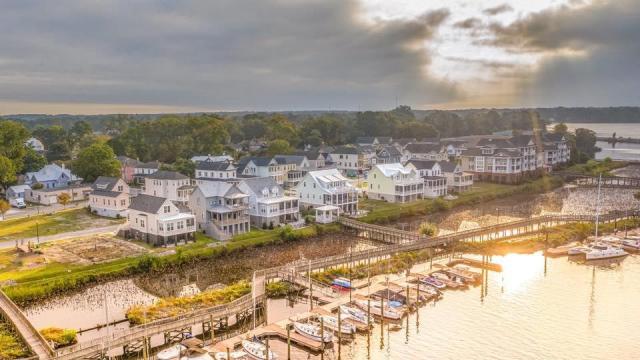 Imagine your typical airport: winding TSA lines, people rushing to gates with a Starbucks cup in hand, the sterile monotony of air travel. At Washington's local airport, however, the traveling experience is far from typical.

Washington-Warren Airport is a destination for fliers and recreational aviators alike. The airport serves as the gateway to Beaufort County and is located just minutes from Little Washington, as well as about 30 minutes from Greenville.

Under the leadership of Airport Manager Earl Malpass, the Washington-Warren Airport has become the top destination for general aviation in the eastern part of the state.

Malpass moved to the area after running a ministry in Alaska. When looking for a place to hangar his airplane, the Washington location was ideal. Unfortunately, the airport was underused due to a lack of experienced aviators in the area and floundered after a tornado swept through in 2013.

That's when Malpass stepped in.

"Because of my experience and background, the city was asking me questions about the airport," Malpass said. "Before I knew it, I was a contract manager here."

As manager, Malpass instituted several major changes to bring the airport back in-line with regional contemporaries. He adjusted the price structure, accepted bids to redo the fourth worst runways in the state, and worked on filling a corporate hangar. These concerted efforts brought a near-immediate reaction, and within the first month, several of the hangars were filled. Today, there is a waiting list of around 15 airplanes.

The facility also plays host to a number of events throughout the year, attracting residents from all over. For example, in April, the airport, in conjunction with the Washington Tourism Development Authority, hosted a Helicopter Easter Egg Drop and planned for a maximum of 1,500 people — more than 5,000 people showed up, and wristbands were sold out before the event even started.

Malpass also serves as the director of the Beaufort County Wright Flight. The program rewards fifth graders with a high level of academic achievement with flights around town. The coordinated effort between the civil air patrol and ROTC helps send more than 200 fifth graders a year on flights, and helps engender a love of aviation in the next generation.

More adventurous aviation lovers can take advantage of Skydive Little Washington program. The business operates out of the Washington-Warren Airport and offers the unique experience of viewing Washington from a vantage point that not many see — from 5,000 feet in the air.

"We offer tandem skydiving," Jeff Plisko,owner and operator of Skydive Little Washington, said. "The student is on the front of the instructor. Once the parachute opens up, both are suspended independently from the canopy. Then you get to enjoy three to five minutes of canopy time. From 5,000 feet, you can see the lakes, Pamlico, Ocrakoke. It's a really fun thing."

Plisko wants everyone to come out and enjoy skydiving, even if they aren't up for actually jumping themselves. The airport is open to the public, so interested parties can come out and see what actually happens while skydiving.

"There's a perception that skydivers are kind of crazy. That's not the case at all! The sport is super safe and so is flying," Plisko said. "Come on out and spectate without thinking you have to jump or get in a plane."

The airport continues to be a boon to the local economy, bringing in more than $22 million in revenue per year, with 180 jobs supported by the airport. Malpass is proud of those numbers and works to continually showcase the airport, Washington and Beaufort County to anyone and everyone.

"It's like a show window for Beaufort County," said Malpass. "It's almost like a Main Street. My goal is to strive to be self-sufficient, self-sustaining, so it doesn't draw from the county but is an asset -- not only in revenue, but as a destination. We have a beautiful harbor district. We're continuously improving and trying to offer world-class customer service to those that come here."

"Washington-Warren Airport is open for business."