The Secret to That Bright-Red Drink? Little Bugs. 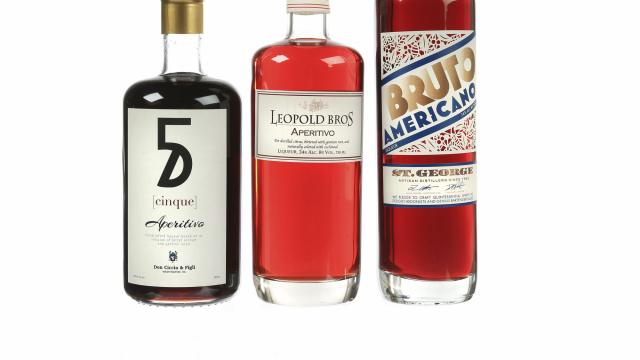 There has been something of a boom in American aperitivos in the last few years, with new products coming out of Colorado, California and Washington, D.C. They all have a few things in common: a slight bitterness and a bright-red color. And bugs.

Yes, bugs. Many of these drinks use the natural dye carmine, which is extracted from the cochineal, a tiny insect, to achieve their vibrant hue. This is not some weird new craft-distilling trend: Cochineals (KAHCH-i-neels), native to the Americas, have been used for centuries to lend color to everything from fabric to cosmetics to food.

For decades, Campari was the most famous spirit to use crushed cochineals for color. The company decided in 2006 to discontinue its use in most of its bottlings, in favor of artificial colors, because of what it called the “uncertainty of supply of the natural colorant.” That would have seemed a death knell for the insect’s liquor future.

Indeed, when Todd Leopold, head distiller of the Denver spirits company Leopold Brothers, decided to make an aperitivo a few years ago, the main argument against cochineal was that “nobody was using it,” he said. “Campari had stopped.”

Now, Leopold and a number of other craft distillers are going all in on cochineal. Its use may not sit well with certain groups, like vegans and those who keep kosher. But the spirit-makers contend that it’s a better alternative to artificial dyes, most of which are derived from petroleum.

“Given the option of petroleum byproduct and smushed-up bugs, the bugs won out,” said Lance Winters, master distiller at St. George Spirits in Alameda, California, which uses cochineal in its Bruto Americano.

Though the idea of drinking insect-tinted liquor may sound unappetizing, the dye is, after all, natural. “We try to do nothing that is not natural,” said Francesco Amodeo, the president of Don Ciccio & Figli, in Washington. “The artificial dye will give you a funky taste all the way to the back.”

Cochineal lends no aroma or flavor, and its use is traditional — something that appeals to craft distillers, a breed known for their allegiance to historical practices. “Why would you change tradition when it’s been done that way for centuries?” Amodeo asked.

The distillers go to some pains to follow that custom. Amodeo spent three years seeking a good source for cochineal, a search that held back the release of his aperitivo, called Cinque. He eventually found it in Peru and Bolivia.

Cochineal typically comes in either liquid or powdered form. A small amount (for St. George Spirits, a fraction of a gram per liter of alcohol) is needed to turn a distillate scarlet. The Food and Drug Administration requires that manufacturers who use cochineal or carmine say so on the label.

Given all this fuss, you might ask: Why do these aperitivos have to be red, anyway? Again, the answer seems to be tradition: It has always been done that way.

Aperitivos, Amodeo pointed out, are typically “sipped toward early afternoon until sunset. It kind of reflects the time of day. Amaros, which are darker, are for late night.”

Some distillers report a little resistance to their use of cochineal. “There are some stores that won’t carry it because they don’t want that kind of thing in the products that are selling,” Winters said.

John Troia, a founder of Tempus Fugit Spirits, in San Francisco, uses cochineal in two products. He finds it curious that people would object to imbibing insects.

“The funny thing is, alcohol is technically a poison to the body,” he said. “I think the focus is a little odd, the things people fixate on.”