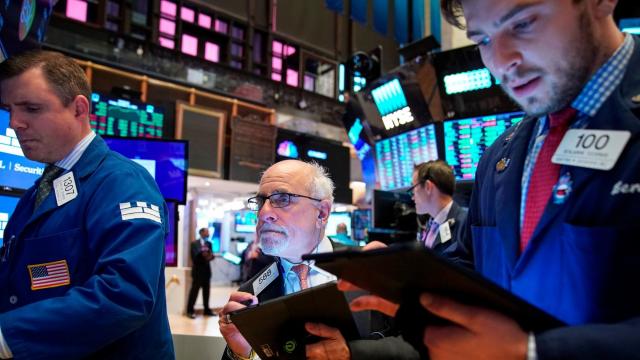 CNN — The S&P 500 set a new closing record on Monday, after falling just short of it late last week.

Hopes for progress on the US-China trade front is propelling stock markets higher across the world. The Office of the US Trade Representative said late last week that the world's two largest economies had made headway in finalizing a "phase one" trade agreement.

President Donald Trump told reporters Monday that the United States is ahead of schedule in terms of signing the deal.

Stocks climbed in response and pushed the S&P past its July 26 record. On Friday, the index finished just three points below the record. It closed up 0.6% at 3,039 points.

Trump tweeted that the stock index "just hit an all time high," minutes after the opening bell. "This is a big win for jobs, 401-ks, and, frankly everyone," he said.

The Nasdaq Composite fell just short of also setting a new record. The index closed up 1%, but some five points below its all-time high from July.

Although nothing is guaranteed in the stock market, today is a lucky day: October 28 is historically the best day of the year for stocks, according to LPL Financial senior market strategist Ryan Detrick. S&P 500 stocks have risen 0.54% on average on October 28 between 1950 and 2018.

The Federal Reserve's monthly meeting kicks off Tuesday, ahead of its monetary policy decision on Wednesday at 2 pm ET. Chances of another quarter-percentage point interest rate cut stand at 95%, according to the CME FedWatch Tool. It would be the third rate cut this year.

"The Fed can't afford another market disruption and policy mistake and judging by the steepening of the curve, financial markets are convinced the Fed will remain accommodative," Moya said.