The risk lurking in the US mortgage market 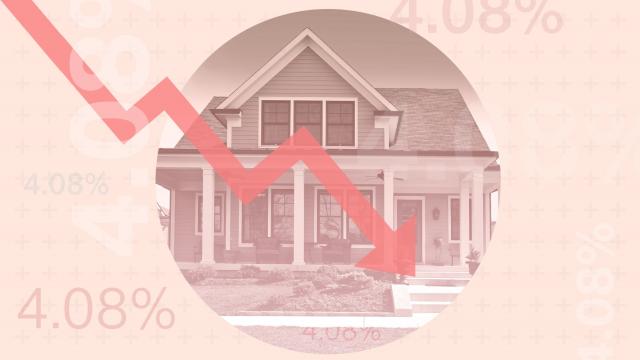 These were just a few reasons regulators gave for the collapse of the US housing market a decade ago. Since then, regulators have improved the standards that lenders use when Americans apply for mortgages.

But today increasing danger lurks in the mortgage market, and economists say it could put the financial system at "even greater risk" when the next recession strikes or too many borrowers fall behind on their mortgage payments.

A growing segment of the mortgage market is being financed by so-called non-bank lenders - financial institutions that offer loans to consumers but don't provide saving or checking accounts.

"A collapse of the non-bank mortgage sector has the potential to result in substantial costs and harm to consumers and the US government," economists at the Federal Reserve and the University of California, Berkeley, write in a paper released Thursday at a Brookings Institution conference.

As of 2016, non-bank financial institutions originated close to half of all mortgages. They originated three-quarters of mortgages with explicit government backing, underscoring the risk to taxpayers.

"The experience of the financial crisis suggests that the government will be pressured to backstop the sector in a time of stress," the authors write.

The danger is that non-banks may have fewer resources to weather economic shocks to the mortgage market, like a rise in interest rates or a decline in house prices.

"We cannot provide reassuring answers to any of these questions," they write.

In the past few years, the non-bank mortgage sector has exploded because of low interest rates and commercial banks "happy" to supply lines of credit to non-banks at favorable rates, the authors write.

But with it comes serious risk.

They are also exposed to so-called liquidity risk: They still have to pay mortgage investors even when borrowers skip payments. They also can't tap the Federal Reserve and the Federal Home Loans Banks to meet their liquidity needs like banks can.

What's more, these non-banks tend to originate mortgages that are less sound - less likely to be repaid - to minority and low-income borrowers. Those borrowers are likelier to be vulnerable to delinquencies triggered by economic shocks like a fall in house prices, according to the authors.

In 2016, 64% of the mortgages originated by non-banks were for black and Hispanic borrowers, and 58% went to low- or moderate-income borrowers.

The warning comes as the Trump administration, regulators and lawmakers are beginning to consider ways to reform the US housing market more than a decade after Fannie Mae and Freddie Mac were seized by the government in 2007.

"Less thought is being given, in the housing-finance reform discussions and elsewhere, to the question of whether it is wise to concentrate so much risk in a sector with such little capacity to bear it, and a history, at least during the financial crisis, of going of out of business," the authors write.