PAUL KRUGMAN: The revolt of the American worker 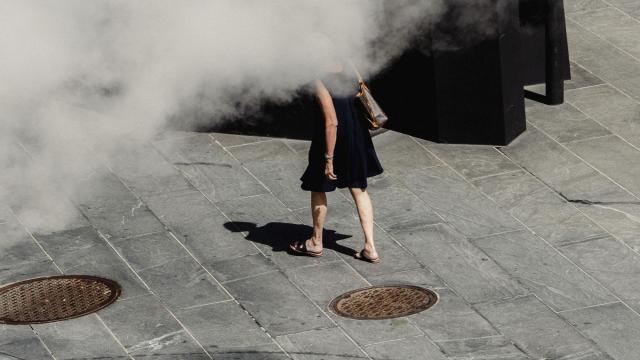 EDITOR'S NOTE: Paul Krugman is a New York Times columnist and also a Distinguished Professor at the City University of New York Graduate Center. He won the 2008 Nobel Memorial Prize in Economic Sciences for his work on international trade and economic geography.

All happy economies are alike; each unhappy economy is unhappy in its own way.

In the aftermath of the 2008 financial crisis, the economy’s problems were all about inadequate demand. The housing boom had gone bust; consumers weren’t spending enough to fill the gap; the Obama stimulus, designed to boost demand, was too small and short-lived.

In 2021, by contrast, many of our problems seem to be about inadequate supply. Goods can’t reach consumers because ports are clogged; a shortage of semiconductor chips has crimped auto production; many employers report that they’re having a hard time finding workers.

Much of this is probably transitory, although supply-chain disruptions will clearly last for a while. But something more fundamental and lasting may be happening in the labor market. Long-suffering American workers, who have been underpaid and overworked for years, may have hit their breaking point.

About those supply-chain issues: It’s important to realize that more goods are reaching Americans than ever before. The problem is that despite increased deliveries, the system isn’t managing to keep up with extraordinary demand.

The result was an astonishing surge in purchases of everything from household appliances to consumer electronics. Early this year, real spending on durable goods was more than 30% above pre-pandemic levels, and it’s still very high.

But things will improve. As COVID-19 subsides and life gradually returns to normal, consumers will buy more services and less stuff, reducing the pressure on ports, trucking and railroads.

The labor situation, by contrast, looks like a genuine reduction in supply. Total employment is still 5 million below its pre-pandemic peak. Employment in the leisure and hospitality sector is still down more than 9%. Yet everything we see suggests a very tight labor market.

On one side, workers are quitting their jobs at unprecedented rates, a sign that they’re confident about finding new jobs. On the other side, employers aren’t just whining about labor shortages, they’re trying to attract workers with pay increases. Over the past six months, wages of leisure and hospitality workers have risen at an annual rate of 18%, and they are now well above their pre-pandemic trend.

The sellers’ market in labor has also emboldened union members, who have been much more willing than usual to go on strike after receiving contract offers they consider inadequate.

But why are we experiencing what many are calling the Great Resignation, with so many workers either quitting or demanding higher pay and better working conditions to stay? Until recently, conservatives blamed expanded jobless benefits, claiming that these benefits were reducing the incentive to accept jobs. But states that canceled those benefits early saw no increase in employment compared with those that didn’t, and the nationwide end of enhanced benefits last month doesn’t seem to have made much difference to the job situation.

What seems to be happening instead is that the pandemic led many U.S. workers to rethink their lives and ask whether it was worth staying in the lousy jobs too many of them had.

For America is a rich country that treats many of its workers remarkably badly. Wages are often low; adjusted for inflation, the typical male worker earned virtually no more in 2019 than his counterpart did 40 years earlier. Hours are long: America is a “no-vacation nation,” offering far less time off than other advanced countries. Work is also unstable, with many low-wage workers — and nonwhite workers in particular — subject to unpredictable fluctuations in working hours that can wreak havoc on family life.

And it’s not just employers who treat workers harshly. A significant number of Americans seem to have contempt for the people who provide them with services. According to one recent survey, 62% of restaurant workers say they have received abusive treatment from customers.

Given these realities, it’s not surprising that many workers are either quitting or reluctant to return to their old jobs. The harder question is: Why now? Many Americans hated their jobs two years ago, but they didn’t act on those feelings as much as they are now. What changed?

Well, it’s only speculation, but it seems quite possible that the pandemic, by upending many Americans’ lives, also caused some of them to reconsider their life choices. Not everyone can afford to quit a hated job, but a significant number of workers seem ready to accept the risk of trying something different — retiring earlier despite the monetary cost, looking for a less unpleasant job in a different industry, and so on.

And although this new choosiness by workers who feel empowered is making consumers’ and business owners’ lives more difficult, let’s be clear: Overall, it’s a good thing. American workers are insisting on a better deal, and it’s in the nation’s interest that they get it.