The resurrection of Alex Rodriguez 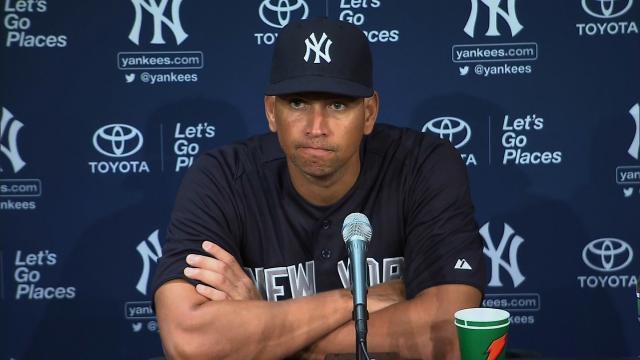 NEW YORK (CNNMoney) — It's hard to believe, but not too long ago Alex Rodriguez was one of the most unpopular figures in sports, and maybe America.

He was criticized for poor sportsmanship, faced allegations of being a slumlord, and garnered a me-first reputation.

Shortly before he retired in 2016, Rodriguez was one of the most well-known - and most disliked - pro athletes, according to The Q Scores Company, which measures the familiarity and appeal of brands, celebrities, companies and entertainment products.

The most devastating hit to his reputation came after he admitted to using performance enhancing drugs. As a result, he was suspended by Major League Baseball and missed the entire 2014 season.

But his problems extended well beyond baseball.

In 2017 and 2013 respectively, The New York Times and The Washington Post reported on claims that Rodriguez's rental properties in Floridan and Maryland were overrun with pests and rodents and that the buildings were not maintained and falling into disrepair.

But if there's one thing Alex Rodriguez knows how to do, it's make a comeback.

Rodriguez is everywhere these days, hosting shows on multiple networks, running a real estate empire, and generally charming fans who have been reintroduced to A-Rod the affable media star.

Here's how he turned it around.

Many consider Rodriguez's 2014 suspension from baseball to be the nadir of his career, but he says that year was a catalyst for his dramatic turn around.

"I had to turn the lens inward, and I had to think about what's going on inside. Why am I making the same mistakes over and over again?" he said on a CNBC show he hosts. "Nine out of 10 days I would look at that mountain and go 'I'm not gonna make it.'"

The slugger patched things up with the Yankees, and dropped a lawsuit he'd filed against the league and the player's union. He personally apologized to team leadership and wrote a letter of apology to the fans in which he admitted his mistakes.

During the 2015 and 2016 seasons, Rodriguez morphed into a clubhouse leader, playing the role of elder statesman to a team of youngsters. The team feted him during his retirement tour at the end of 2016, and kept him aboard as a special adviser to the club.

"With all my screw-ups and how badly I acted, the fact that I'm walking out the door and Hal [Steinbrenner] wants me as part of the family - that's hitting 800 home runs for me. That's something I will be able to share with my daughters for a long time," Rodriguez told the New York Times in 2016.

Taking over your screens

Rodriguez really turned heads during the 2016 World Series, when he provided impressive analysis on Fox Sports' broadcast of the World Series.

That touched off a remarkable media career that seems to defy norms.

Rodriguez is one of a very few personalities to appear on shows regularly for competing networks: "Shark Tank" at ABC, "Sunday Night Baseball" at ESPN and "Back in the Game" at CNBC. He also works as an MLB analyst for Fox Sports and serves as a general contributor at ABC News.

Hosting a TV show on one network is rare but to be a key part of several different shows on multiple networks is practically unheard of. Most anchors don't crossover. Even fewer have multiple areas of expertise, like Rodriguez who showcases his sports knowledge and business acumen.

Henry Schafer, executive vice president of The Q Scores Company, said Rodriguez has landed contracts at so many networks because he's "very personable" and "good at connecting with viewers."

His diverse media opportunities have in turn helped consumers see him as something more than a professional athlete, which further boosts his marketability. Rodriguez's negative Q Score is down to 28%, which is average for celebrities. At the height of his controversies, his negative score reached a high of 44%.

He's also being lauded as a successful businessman.

Rodriguez, the CEO of A-Rod Corp., forged a friendship with legendary investor Warren Buffett, and took his investment advice to "buy what you know" to heart.

He has a stake in UFC fitness centers, TruFusion boutique studios and Energy Fitness, which is largely based in Mexico. Rodriguez also has invested in a line of luxury activewear.

He also seems to have cleaned up his real estate business.

The properties in Maryland and Florida that reportedly had poor living conditions are no longer listed among Rodriguez's real estate holdings.

Newport Property Construction and Monument Capital Management declined to comment for this story.

He's tied it all up with a bow on social media. Rodriguez has a robust following with 1.5 million followers on Instagram and another 1.2 million on Twitter.

He shares pictures and videos, both mundane and glamorous, of him and his daughters, and includes tidbits about his girlfriend, Jennifer Lopez, one of America's sweethearts.

His social media posts and his relationship are further helping his image, according to Schafer.

"He's in a pretty good position right now," Schafer said. "He's always had a love to hate relationship with consumers but they've always been interested to know what's going on with his life, professionally and personally."