The Race to Develop a COVID Vaccine 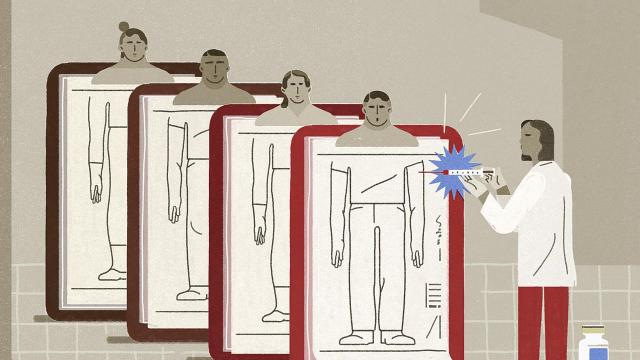 Judging from comments I’ve heard and read, many Americans expect that a vaccine against COVID-19 will soon end the need for masks and social distancing and enable us to resume our pre-COVID lives. As one neighbor said, citing the administration’s “Warp Speed” agenda to rush a vaccine to market, “I’ll start taking the subway and going to the office in the fall when we have the vaccine.”

Alas, experts agree, such optimism is totally unrealistic. My neighbor — and the rest of us “nonessential” workers — will be lucky if we have access to a safe and effective vaccine a year from now. Here’s why.

Doctors most knowledgeable about vaccine development and the real dangers of reckless haste warn that, however promising a vaccine may seem now or months from now, premature release can do far more harm than good.

As was shown, for example, in 1955 when the original Salk polio vaccine was hastily rolled out, from rushing no good can come. A mishap in mass-producing the vaccine caused polio in 70,000 children, permanently crippling 164 of them and killing 10.

A similar mishap with a coronavirus vaccine “could backfire, increasing people’s skepticism about vaccines and vaccine development and their distrust of doctors,” Dr. Brit Trogen told me.

“Everyone wants the vaccine to be the silver bullet that gets us out of this crisis, but intense political and public pressure to release a vaccine before the science is ready could have devastating negative consequences,” said Trogen, a pediatric resident at NYU Langone Medical Center and Bellevue Hospital in New York.

Keep in mind that if one or more of the vaccines now being tested for COVID-19 should happen to cause serious illness in even a very small percentage of people, there is still no effective cure.

Experts also worry about unwarranted expectations for the effectiveness of a vaccine. No vaccine prevents illness in 100% of recipients, though as with the flu vaccine, people who are vaccinated may end up with milder illness. One of the COVID vaccines being tested would likely be able to prevent many cases of more serious, life-threatening infections, said Dr. Paul A. Offit, a world leader in vaccine development.

“Even a vaccine that is 50% effective in preventing fatal illness might be acceptable,” said Offit, professor of pediatrics and director of the Vaccine Education Center at Children’s Hospital of Philadelphia.

It is not enough to know that a candidate vaccine produces an antibody response — even a vigorous response — in susceptible people or that hundreds of volunteers inoculated with it experienced no serious adverse effects. Not until a vaccine is tested in tens of thousands of people can doctors be reasonably certain it is safe and effective, and sometimes not even then.

Under normal circumstances, this process takes years. But these are not normal times, so the testing of potential COVID-19 vaccines is being collapsed into months, which could increase the risk of foul-ups. However, Dr. Francis Collins, director of the National Institutes of Health, gave his word that, despite being in a hurry to get an effective vaccine to the public, “we will not compromise on safety.”

Here’s how Offit, who is involved in supervising the COVID vaccine trials, described the necessary sequence of events:

A prospective vaccine is first tested on laboratory animals that normally develop COVID-19 when infected with the virus, such as mice, to see if it prevents the disease. This is called “proof of concept” that the vaccine can work. It is followed by Phase I and Phase II trials in perhaps hundreds or thousands of human volunteers. Researchers look for evidence that the vaccine is safe and test different vaccine doses to find one that best results in antibodies that could protect against the virus. At least two vaccine candidates are already in this stage.

Now comes the big test, Phase III, a prospective placebo-controlled trial of tens of thousands of individuals to assess both safety and effectiveness. For one or more of the five promising COVID vaccine candidates being fast-tracked, this stage is expected to start in July. Each Phase III trial will entail 20,000 people who get the experimental vaccine and a control (placebo) group of 10,000 unvaccinated people. The trials will take place in areas here and abroad that are already, or expected to be, “hot spots” for COVID infections.

But depending on how prevalent the virus is this summer where the trials take place, it could take months — or even a year — to determine how well the vaccine prevents disease.

“That’s the only way to know if the immune response seen in earlier trials is protective in the real world,” Offit said. “If there’s little disease over the summer, it could be a problem. We may have to keep recruiting participants until enough people in the placebo group got sick to have a meaningful comparison with the vaccinated group. We can’t short-circuit the process.”

He expects that the vaccine would have to be at least 70% effective to roll it out for mass use. But even then, he added, “we wouldn’t know for many more months how long immunity would last.” He cautioned against undue optimism about how good an approved vaccine will be. He said a vaccine might be considered acceptable if it prevents severe disease but not most or all infections that cause no symptoms or only mild illness.

“Science is humbling — it always comes up with surprises we can’t anticipate,” he said. “Once we have a vaccine, our job will be managing expectations. We’ll know about safety once millions have been given the vaccine, and we’ll know about durability only with time.” Meanwhile, under the government’s “Operation Warp Speed,” factories are currently gearing up to produce tens of millions of doses of the most promising vaccines so that if and when one or two are approved as safe and sufficiently effective, enough vaccine can be rolled out without further delay to those most at risk.

This is the approach used when the Salk vaccine was developed in the early 1950s, and developers of a COVID vaccine will be on guard to avoid a similar mistake born of haste.

The first doses of an approved COVID vaccine will go to health care workers and residents and employees of long-term care facilities, then essential public servants like police officers, firefighters and transit workers as well as workers in food processing plants. Not until there are hundreds of millions of doses available — sometime in 2021 if all goes well — will the vaccine be offered to the general public.

Adequate protection against COVID-19 is expected to require two doses of vaccine. Thus, if the entire country were to be immunized, more than 600 million doses of vaccine would have to be manufactured.