The Post: See it before it wins every award ever 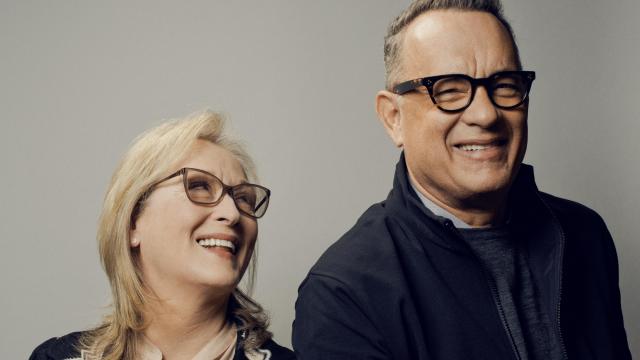 Raleigh, N.C. — You need to see The Post. It is as simple as that. Not only is the topic (a newspaper challenging the power of the office of the president in a fight for the public’s access to truth) as relevant now as ever, but it is executed by some of the most skilled people in Hollywood.

Meryl Streep plays Kay Graham, the Washington Post’s owner and publisher. She is ready to take the paper from a family run business to a publicly traded company. Plenty of people involved in the company’s day to day financial decisions don’t trust her judgment. Washington, D.C. is not a large enough town to have a national brand name paper and of course, she’s a woman.

Her right hand man is Ben Bradlee, the Post’s editor, played by Tom Hanks. Bradlee is a no-nonsense journalist. In his mind, the story always comes first. He doesn’t believe in anything standing between the public and the truth.

The movie takes place in 1971. The New York Times has gotten its hands on The Pentagon Papers and intends to publish them. They are documents that prove the United States government has known for years that the war in Vietnam is not winnable and covered that fact up through four presidencies, all the while sending more young men into battle, because losing wars isn’t something the USA does.

A federal court slaps the New York Times with an injunction to stop publishing the papers. The government is arguing that printing them is a national security risk. As Bradlee and his team struggle to get their hands on the Pentagon Papers and continue the fight, Graham is forced to deal with the business implications of such a decision, and how it will affect her long time friend Robert McNamara, the former Secretary of Defense, who was seen as the architect of the war in Vietnam.

The Post may have gotten shut out of awards at the Golden Globes last week, but I don’t expect that result will repeat at the Oscars. Streep is downright perfect in her role. She plays Graham with a mixture of poise and unease. It’s fitting of Streep’s current role in Hollywood’s #MeToo moment. Graham knows how to run a newspaper. She studied under first her father then her husband. She is just having trouble with navigating the business world and what being good at that means in her personal life.

The other likely award winner from The Post could be it’s director, some kid named Spielberg. Maybe you’ve heard of him?

As he gets older, different stories seem to be interesting Steven Spielberg. 2008’s Indiana Jones and the Kingdom of the Crystal Skull was the last time he was behind the camera for a fantasy adventure (although he will return to the genre next year in Ready Player One). Since that time, he has thrown himself into historical dramas like Bridge of Spies and sweeping epics like War Horse and Lincoln. Real Sunday afternoon TNT fare.

The Post is as close to a masterpiece as Spielberg has had in a long time. He gets the most out of the entire cast, and rightfully, a lot of praise will be heaped on Streep and Hanks in particular. But my favorite was Better Call Saul’s Bob Odenkirk, who plays dogged reporter Ben Bagdikian. He gives off a “too old to screw around” vibe. Bagdikian is all in on defying a federal judge’s order and publishing the Pentagon Papers because he doesn’t want to be the one that could but didn’t. In a weird way, he is the consequences-be-damned engine and moral compass the movie needs to get from point a to point b.

Most of all, what I took away from The Post is that historically we have been here before. The film is a tribute to the people that do good work and are willing to hold the powerful accountable. It can be dismissed as a thinly veiled political statement, and I won’t be so naive as to say there is no politics involved with the timing of the movie’s release. The Post is a really good movie though and I for one was happy to see a seminal moment in American history put in the hands of such a skilled group of performers and that every member of that group played their role, whether on camera or off, to perfection.

Demetri Ravanos is a member of the North Carolina Film Critics Association and has reviewed movies for Raleigh and Company, Military1.com and The Alan Kabel Radio Network.