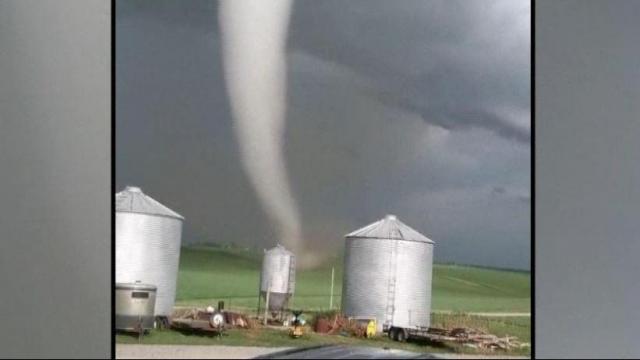 In the last 16 years, parts of Louisiana have been struck by six hurricanes. Areas near San Diego were devastated by three particularly vicious wildfire seasons. And a town in eastern Kentucky has been pummeled by at least nine storms severe enough to warrant federal assistance.

These places are part of a small fraction of the United States that has sustained most of the damage from major natural disasters, forming a pattern of destruction concentrated in particular areas.

About 90 percent of the total losses across the United States occurred in ZIP codes that contain less than 20 percent of the population, according to an analysis of data from the Small Business Administration.

The federal government, through disaster relief programs and flood insurance, subsidizes the cost of rebuilding in areas hit repeatedly by storms, floods and fires.

Critics say that encourages too much development in those regions, wasting tens of billions of dollars in tax money and endangering lives.

Christina DeConcini, the director of government affairs at the World Resources Institute, said that federal programs do not adequately emphasize adapting to the risks posed by climate change. She said that instead of just being responsive, the government should stress building for resilience against disasters.

Some residents continue living in disaster-stricken areas because they cannot afford to leave. Others rebuff appeals to resettle, citing deep family ties or a sense of fatalism. Rather than move the town, “it’s easier to throw your hands up and say, ‘Forget it,'” said Linda Lowe, the president of a historical society in flood-prone Olive Hill, Kentucky.

“Abandoning a location and moving a city makes sense from a scientific, risk point of view, but the fact is that to get to a place culturally and psychologically where that conversation can be tolerated is a difficult thing to imagine,” said Dr. Irwin Redlener, the director of the National Center for Disaster Preparedness at Columbia University. “It’s not all that rational — but I guess a lot of these things are not really rational.”

As hurricane season begins, residents of Slidell, Louisiana, near New Orleans, are planning ahead. Susan McClamroch, who works at a museum there, said locals joke that they “start eating everything in the freezer” this time of year because of the likelihood of a power failure after a hurricane.

Brian Smith, who runs a print shop in Slidell, said the business flooded in 1995 and again during Hurricane Katrina in 2005. So when Hurricane Isaac hit in 2012, flooding his shop once more, he moved it away from the vulnerable downtown area.

“I’m not going to take that chance again,” Smith said.

Eastern Kentucky is similarly susceptible to disaster. Almost yearly, it is hit with severe storms.

Susan Thomas, who owns a bookstore and coffee shop in Morehead, Kentucky, said that the store flooded once when her parents owned it. When it flooded again in 2010, she had to throw away 3,000 books.

“Honestly, there was a moment where I was, like, can we recover from this?” she said, adding that she returned to check on the store every time it rained. The business moved to a new location in town the next year.

Three Brothers Bakery in Houston has flooded five times since 2001, most recently during Hurricane Harvey. But its owners, Robert and Janice Jucker, the self-proclaimed “king and queen of disaster,” are not moving — and Janice Jucker, who anticipates more storms, is unafraid.

The Juckers received low-interest disaster loans from the Small Business Administration to rebuild their business after hurricanes Ike and Harvey. Officials verified the damage and estimated the amount of their property loss.

The agency tracks properties nationwide whose owners or renters applied for disaster loans. Data about these loans provide a window into the geographic pattern of destruction that disasters cause each year.

The National Oceanic and Atmospheric Administration attempts to calculate the full cost of major disasters, namely those that cause more than a billion dollars in damage. It estimates that 2017 was the costliest year on record, with 16 billion-dollar disasters that together cost the United States more than $300 billion.

While natural disasters are unpredictable, the annual losses from billion-dollar disasters, adjusted for inflation, have increased over the last 40 years.

Climate change is making some kinds of disasters more frequent. Studies show that large wildfires have become more common in the western United States because global warming has made Western forests drier.

But rising damage costs are partly because of demographic shifts and development decisions that make natural disasters more destructive.

Phil Klotzbach, an atmospheric scientist at Colorado State University, said the rise in population and wealth near the coast was contributing to most of the increase in destruction caused by hurricanes.

In the last century, there has been no clear trend in the frequency of hurricanes that made landfall in the continental United States.

Over the same period, the number of buildings has ballooned in parts of the country susceptible to tropical storms as the population in those places has also increased. In 2016, there were more than 3.6 times as many homes in states that border the Gulf of Mexico and the Atlantic Ocean as in 1940, according to the Census Bureau. The effects of global warming on individual storms have been difficult to determine, scientists say, because there are only about a dozen observed even in an active season.

But scientists also contend that climate change is expected to lead to stronger, wetter hurricanes overall. It has also made them more destructive, Klotzbach said. Because global sea levels have risen, hurricanes create storm surges that go farther inland, flooding homes and businesses.

“You can build your house to withstand pretty much any wind, but the surge is what will get you,” he said.

Mendelsohn attributed this partly to federal government programs that discourage citizens and local governments from building walls to protect housing near the coast. Only in the United States do relief programs and subsidized insurance make it attractive for people to move toward disaster-prone areas, he said.