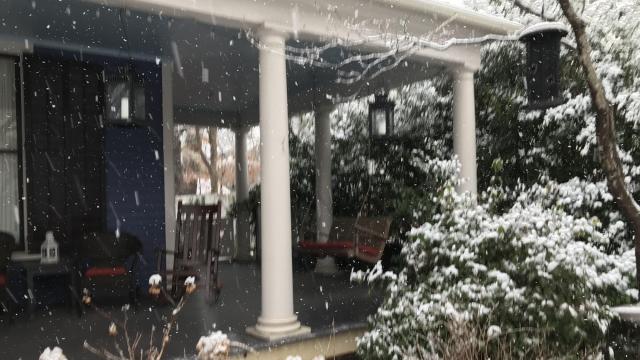 I recently ran into a neighbor at the Y whom I deeply respect and love. I’ve known her for fifteen years now and every Christmas she sends out easily the most creative card we receive.

I called out, "Great holiday card!"

She responded, "It’s all fake."

This exchange made me think of how often something similar happens when I sit down to work with a new client. I'm usually called by the daughter at a moment of crisis in which the conversation goes something like this, "We’re usually a family that has it all together, but Mom's taken a fast downturn. We don't have a plan. We're embarrassed. We're afraid. We're not sleeping. Can you help us find her a bed by tomorrow?"

One would think that now that we are all so versed in the harm of comparing our lives to the unreal picture perfect ones posted on Facebook, we would be kinder to ourselves.

Troubling situations arise. No one has everything figured out. Sometimes we need help. Why don't we extend the same compassion we so easily give to family and friends to ourselves?

But I've learned that even the wisest among us can falter when a crisis lands on our own doorstep.

Not long ago, a kind teacher from my church, James Ferry, told me that psychologist Erik Erickson, at age 91, before he died, jotted down notes about a ninth stage of growth for a revision of his book The Life Cycle Completed.

"Old age in one’s eighties and nineties brings with it new demands, reevaluations, and daily difficulties," wrote Erikson's wife, Joan, in applying her husband’s notes. "Despair, which haunts the eighth stage, is a close companion in the ninth because it is almost impossible to know what emergencies and losses of physical ability are imminent." The ninth stage, Erikson suggested, involves an integrative review of the previous eight stages through the lens of the challenges of older adulthood.

I want to write about this concept in greater detail in a future column, but this came to mind today because it seems there is a similar element at play in my work with elders and in my personal experience: being in crisis forces having to ask for help, which is terribly uncomfortable, especially if you see no point on the horizon when things will get better.

But in my experience with clients and in my own life, akin to what I think Erickson was trying to get at, being vulnerable, while excruciating, might also provide something unanticipated. Relief might come in ways we can't predict.

At least that's what I relearned on this particular day at the Y, when my neighbor and I sat together in the steam room. We listened to each other's stories with open hearts and shared tools we were each drawing on. I reminded her that breathing in deeply was just as important as breathing out.

Ease can be found in some simple antidotes that don't require a doctor's prescription. And also, it's important to remember that it is a rare family who has it all figured out, whose picture-perfect family portrait tells the whole story.