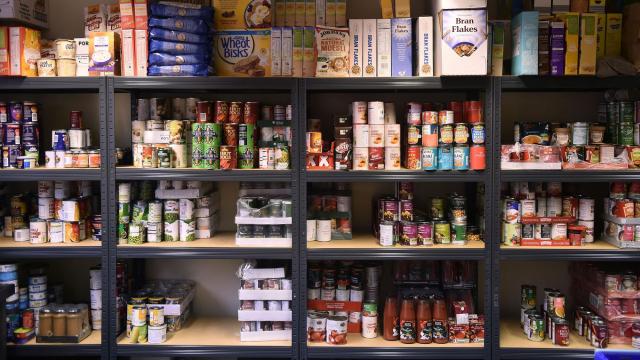 By Will Godley, CNN Business

CNN — The pandemic has left more than a quarter of British adults financially vulnerable, with too much debt or not enough savings to cope with a "negative life event" such as redundancy, loss of hours, or ill health.

That's according to the results of a survey by the Financial Conduct Authority, the country's top banking regulator. The survey also found that nearly 40% of British adults suffered financially as a consequence of the pandemic, with younger workers, Black people and the self-employed among the hardest hit.

The number of Britons showing "characteristics of vulnerability" swelled to 27.7 million, climbing by 3.7 million — or 15% — between March and October 2020, the FCA said. The number suffering from low financial resilience climbed by 3.5 million over the same period to 14.2 million.

"Since the start of the pandemic, the number of people experiencing low financial resilience or negative life events has grown," Nisha Arora, director of consumer and retail policy at the FCA, said in a statement.

People aged 18 to 34, the self-employed, lower earners, Black people and groups who do not identify as White have been hit particularly hard.

"The pain is not being shared equally," said Arora. "It is likely the picture will have got worse since we conducted the survey."

The UK government has rolled out programs to help support workers and businesses, but the country remains in a strict lockdown, suggesting the financial pain may continue for some time.

In October, 30% of adults said they expect their earnings to decline over the next six months, with a quarter saying they will struggle to make ends meet. To cope with these burdens, one in six people have deferred mortgage payments.

One young man told the FCA, "I think, at the end of the month when all the bills are paid, I end up with about £75 ($104) disposable income, which, compared to what I'm used to, is absolutely crazy."

Financial difficulties caused by the coronavirus have been so tough that a third of adults are now resorting to cutting back on their essential shopping, with 11% expecting to use a food bank.

The FCA said there were some positives in its survey. Some 15% of adults were financially better off despite the pandemic, while almost half said their finances had not been disturbed.

Correction: An earlier version of this story misstated the proportion of UK adults suffering from low financial resilience.