The oldest confirmed Marine lives in North Carolina and is a woman. She celebrates her 107th birthday today 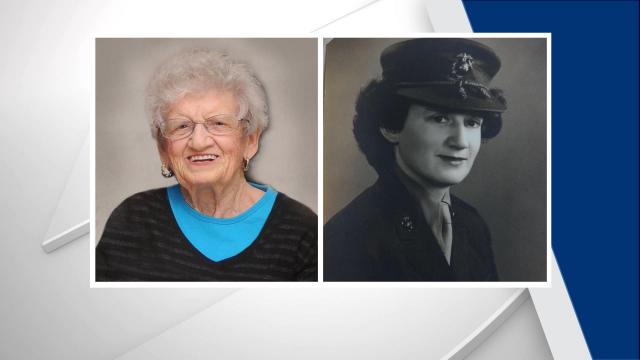 Kannapolis, N.C. — The oldest living U.S. Marine lives in North Carolina and a woman. She is celebrating her 107th birthday on Sunday.

Dorothy "Dot" Cole is from Kannapolis. She joined the Marines in 1943 during World War II.

She enlisted after the attack on Pearl Harbor in 1941.

She was part of a female integration within the Marine Corps during WWII, according to the US Marines.

Cole completed her training at Camp Lejeune. After that, she was stationed in Quantico for an administrative role.

Instead, most of the work she did was writing.