The Mistakes We Make When Moving 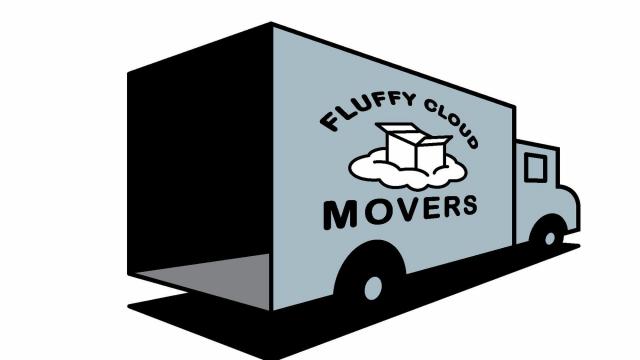 Moving to a new home can be intensely stressful and throw your life into chaos. But the process is old hat to a sometimes invisible group of people who have seen it all: the movers.

“When you’re moving people, they’re not always at their best,” said Finn Murphy, author of “The Long Haul: A Trucker’s Tales of Life on the Road,” who also does long distance, high-end moves for Joyce Van Lines. “Their whole sense of security is getting unraveled. People get really hung up on attachments to things that they’ve imbued from their own mind and their own experience that doesn’t have any objective value whatsoever.”

But that doesn’t mean that people pack those items well, or carefully. Here are a few common mistakes that movers have witnessed when people pack themselves, as well as some suggestions on how to avoid breaking your stuff (and your heart).

Jamie Viggiano, owner of the Philadelphia-based J. Viggiano & Co. Furniture Delivery, has worked in moving for 30 years and said the biggest mistake that people make is not being ready when the movers show up.

“Everybody waits until the last minute, and then they just throw stuff in a box and it’s not packed properly,” he said. “I can’t tell you how many times I’ve walked into a house and there’s just stuff all over desks.”

He said that almost every home-improvement store and storage facility sells packing materials, including item-specific ones like dish sleeves and bags for framed pictures. Between those materials being widely available and online videos showing how to efficiently and carefully pack boxes, you can drastically reduce the chances of breaking anything in the move by giving yourself enough time to pack things the right way.

Mistake No. 2: Leaving the Breakables Breakable

Murphy said dishes are almost always packed improperly. “Dishes need to be packed on their ends, not flat,” he said. “I’ve seen some people just taking dishes and laying them flat and putting stemware on top. It’s guaranteed to break.”

Michael McAlhany, founder and president of UNITS Moving and Portable Storage Inc., said he has seen people pack coffee machines with the coffee pot still in the machine.

Another common breakable: grandfather clocks. “We ask them to get a local clock company to come out and secure that swinging arm,” McAlhany said. “When you’re riding down the highway and slam on the brakes, if that arm swings it will break the clock.”

Mirrors can go between mattresses, he said. If there aren’t mattresses available, mirrors should be cocooned in bubble-wrap or, at the very least, in newspaper.

Mistake No. 3: Not Supporting Top-Heavy Items

McAlhany said that when people move themselves, the items that are often most at risk are the ones with a lot of weight on top of narrow legs, like pianos and pinball machines.

“You have so much weight on the top, and it’s fine when it’s stagnant in a game room or in your home — it’s not swaying back and forth like at brakes or stoplights,” he said. “All that pressure is going on the piano legs and pinball machine legs. A leg gives and the thing comes crashing down.”

To keep these items safe, he recommended stacking packed boxes between the legs and up to the underside of the object so that the boxes become supports for the heavy top.

McAlhany said he has seen the same problem with a strangely popular home decoration: the leg lamp from “A Christmas Story.” “We see these all the time,” he said. People will “put them straight in just like it’s on your table next to your chair in the living room, and then it falls over or something falls on it because it’s not strapped in.”

Mistake No. 4: Not Divorcing Your Stuff

Try to determine ownership in advance, and remember that the movers aren’t taking sides.

“People think that us moving the furniture kind of gives them the OK to include us as an instrument in that whole transaction and we are just some kind of pawn in the game,” said Lior Rachmany, founder and chief executive of New York-based Dumbo Moving + Storage. The movers should defer to whoever’s name is on the moving contract, just as a package would go to the person whose name is on it.

Rachmany said he has had police called on him and his crew when one partner believed the other partner was trying to steal their belongings.

Mistake No. 5: About That Fish Tank

The most bizarre thing McAlhany has encountered is clients who pack their fish tank complete with the water and fish still inside. He has seen it more than once.

To state the obvious, empty the water out of the fish tank before moving it. But don’t just dump the water out: “We recommend putting that water in a 5-gallon water jug,” he said, and then adding the fish and moving it that way.