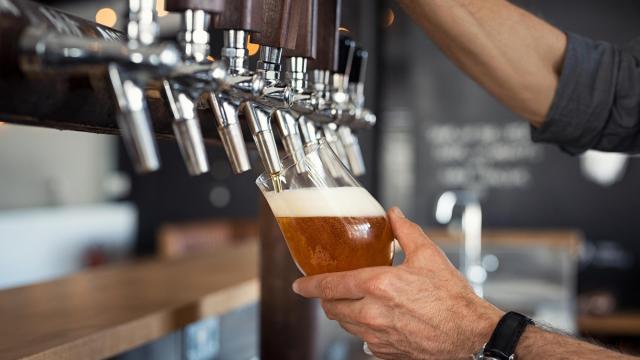 There's a running theme in the Town of Washington: if a resident can't find an amenity or a service they need, they simply create it themselves.

The small town, named for America's first president, maintains the appeal of a bygone era, attracting new residents with its charm — and keeping them around with its ever-growing scene of locally owned businesses.

"I went to visit my mother in Washington, and we decided to go out and have a drink, a little cocktail," said Connie Bland Langley, owner of Market Street Pub. "It was after 9:30 and there was nowhere to go. I was like 'OK, we've got to fix this.'"

Luckily for Langley, a local bar went up for sale soon after. In 2017, she purchased the Market Street Pub and began the process of transforming it for a new audience. The location was great, but the previous owners had a much different style, and the bar had earned a less-than-ideal reputation.

"It was a hot mess. The before and after is like night and day. We did a whole front facelift, put on new awnings. Painted inside and put in new floors. Built a bigger stage. Built an additional outside bar. Re-did the fence in the back. Replaced the A/C units. It was a pretty hefty build," Langley said.

All of the changes had a positive impact in helping get the town on board. Langley described some reticence on the town's part due to past issues at the location, but her dedication to revamping and improving the building was proof that she was planning on changing things for the better.

Today the Market Street Pub is a popular nighttime location in Washington's thriving waterfront district. Just a block away from Main Street, the bar has attracted a number of regulars.

"Our clientele is very broad," Langley said. "We have our locals and it's their spot, they like to hang out there. We have people that come in from New Bern and Plymouth. We're very welcoming to whoever. We've got clientele from 21 to 80, it's very broad. They love the live music, love our feel and our vibe."

The live music aspect is something that the Market Street Pub is well-known for. Langley has made a concerted effort to attract artists and bands from all over, and since reopening the location after the renovation, more than 100 bands have visited and played at the bar.

One of the most popular musical guests? Viral sensations Amiri and Rahiem Taylor, who previously performed on "The Ellen DeGeneres Show." Known as Blac Rabbit, the brothers were filmed performing Beatles songs on the New York subway. Langley was one of the more than 25 million views of the video, and she invited the brothers to play at the bar if they were ever in town.

"They reached out and said, 'We don't travel, we just play in the subway.'" Recalled Langley. "Then they were on 'Ellen' and 'The Today Show,' and they were touring."

The duo reached out to Langley and offered to come and play at Market Street Pub after a swing through Virginia, because she was the first to reach out before their viral hit went mainstream.

The reinvigoration of Market Street Pub is just part of Washington's concerted effort to revitalize the downtown space.

"I think it's a collaborative effort of townspeople and natives," Langley said. "We know we have something special here, and it's time for us to revitalize it back to what it was. They saw it like that once upon a time. I'm glad to be a part of watching and participating in Washington growing."