GREG BENSINGER: The maps that steer us wrong 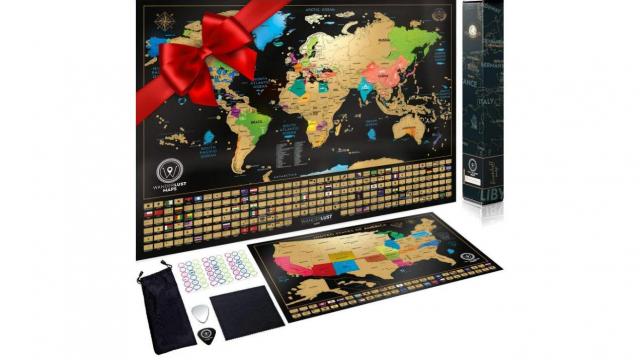 EDITOR'S NOTE: Greg Bensinger is a member of The New York Times editorial board covering technology and a member of the editorial board. Before joining The Times he was in The Washington Post’s San Francisco bureau, where he covered Google, artificial intelligence and algorithms.

Too many of our digital maps are sellouts.

Just like the projection maps we’re all familiar with that inaccurately depict Greenland dwarfing South America, the digital maps that orient our lives on smartphones and laptops are the result of a series of compromises or half-truths and don’t always accurately represent the world as it is.

As a result, we too often misunderstand the true contours of the world and then make poor decisions based on misinformation. As our reliance on digital maps increases — for instance, with the proliferation of driverless cars — the gap between the world as it is and the world as our maps represent it risks growing ever wider.

Maps have always been driven by other forces, like economic or political interests, and they represent the world as the mapmakers would like people to see it. But they can also be misused to push a certain agenda.

Examples abound. Electoral maps in the United States often conflate land area with the number of voters, overstating the popularity of Republican candidates. Last year, a scary map depicting the volume of global air travel went viral when it was mistaken for a map of coronavirus infection spread. Maps purporting to show the extent of wildfires in Australia were similarly inscrutable. And Zillow and Redfin’s home pricing estimates, factoring in geographic features like school districts and walkability scores, baffle home sellers and buyers alike by being both too low and too high.

Those are just recent examples. In 1988, a Soviet cartographer admitted that all publicly available maps of the country had been falsified for five decades — with rivers and towns mislabeled or removed entirely — on orders from the secret police.

Today, digital cartography is a booming business, thanks to the proliferation of in-map advertising. By 2023, Google, the maker of the most popular digital map, could take in $11 billion annually from ad sales on maps primarily; directions from home to work often include references to Subway sandwich shops or Chase Bank locations.

Rather than being drawn up by a group of drafters, maps today are produced by diplomats, policymakers, marketers and tech executives, who decide what data goes into maps covering everything from border disputes to wireless and broadband availability. Marketing is why those pretty pink maps showing T-Mobile’s 5G service availability around the country are largely a fantasy.

Maps are most vital for the things we cannot see — from the location of undersea reefs to the strength of cell signals to traffic jams across town.

An enduring image of the pandemic is that of schoolchildren huddled outside libraries and McDonald’s and Starbucks locations, desperate to find an internet signal. The lack of reliable and speedy internet service in broad areas of the nation, exposed by remote school and work, is the result of decades of underinvestment in broadband infrastructure.

But maps are another culprit. Maps that tell the federal government who has access to broadband service and at what speeds are completely unreliable. The Federal Communications Commission’s official broadband map is almost wholly reliant on disclosures from broadband service companies that have an incentive to make their coverage areas appear more widespread. And they get to claim coverage of an entire census block with broadband if they reach just one residence within the area, which can cover hundreds of homes or, in some cases, thousands of square miles.

Lawmakers have allocated some $65 billion to address internet connectivity issues in the infrastructure bill wending its way toward the White House. The FCC has a $20 billion fund to disburse over the next 10 years to help companies reach rural areas. But the federal government still doesn’t know precisely where the problem areas are, in large part because of the FCC’s flawed mapping.

The faulty maps flummoxed Dustin Ogilvie, a cybersecurity expert, who said he spent the better part of two years searching for a house to buy in suburban Chicago that could offer broadband availability and speeds as promised by the FCC online. “It looks like there’s availability, and then you ask the companies, and they say there isn’t,” he said. “This system is just not designed for regular people. I don’t see how anyone can be expected to use it.”

Some houses in a neighborhood had broadband internet, while adjacent homes did not. One company offered to extend a line some 500 feet to a house he was considering in Union, Illinois, but it would cost him $87,000.

Wireless coverage maps can be even harder to decipher than those for broadband. T-Mobile and AT&T use different shades of pink or blue to differentiate their 5G service from slower wireless service offerings. Splotches on Verizon’s red color-coded U.S. maps combine its supposed nationwide 5G service with its more sluggish LTE service.

The FCC discovered that a 2020 wireless map that was to help guide $9 billion in subsidies was so riddled with errors from overstatements by the companies that it had to delay the project — marking the second year in a row that a subsidy was delayed to fix the map.

By far the most commonly used maps are those on smartphones, with apps like Google Maps and Apple Maps now essential for daily navigation. They are licensed to other companies, like Yelp and Uber, meaning their particular view of the world is spread even wider. “It is very easy to change digital maps and to do it without anyone really noticing,” said Mark Monmonier, a former Syracuse University geography professor and the author of 20 cartographic books. “That means, in little ways or even larger ones, our view of the world can change overnight.”

With well over a billion map users, Google has become the chief arbiter of place names around the world. That gives it unique power to rebrand neighborhoods, street names and landmarks with little outside oversight. The New York Times reported that Google had dubbed a section of downtown San Francisco “the East Cut,” irking some residents, but three years later, the name has stuck. The nonexistent town of Argleton sprang up on Google’s map of Britain before the Silicon Valley company eventually expunged it.

To satisfy local leaders, Google also changes international borders. People in Ukraine see a dotted border indicating that the Crimean Peninsula is a disputed territory, while Russians are presented with a hard border that suggests the area is definitively under the nation’s rule. The Sea of Japan is listed as the East Sea to South Korean Google users. With no room on digital maps for annotations or explanation, the names and borders appear as fact.

Google’s maps can be easily manipulated because the company relies on outsourcing to thousands of people who can append place names or noteworthy landmarks to the maps with little oversight. Google Maps includes listings for millions of fake businesses. As an experiment some years ago, I incorrectly placed the location of a former employer in downtown San Francisco on Google Maps — where it remains.

Good maps articulate not just what we know but also the limits of our knowledge — where the known world ends and where the unknown begins. But as long as we’re reliant on maps that mislead us by not acknowledging where those boundaries lie, we’re doomed to believe in a world that is, in some ways, imaginary.