The Jobless Rate Is Finally Below 4 Percent. Our Economic Goals Still Don’t Reflect That. 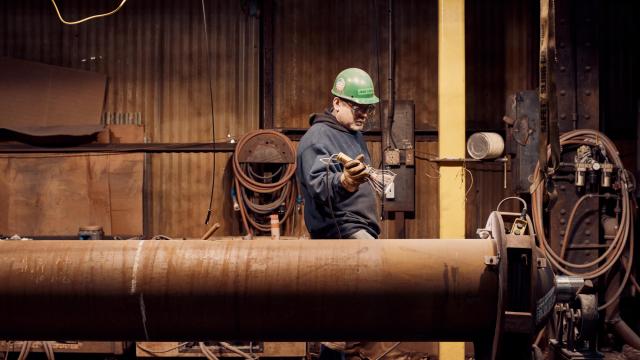 Before diving into the instant analysis of the latest jobs numbers that we routinely provide on the first Friday morning of the month, it’s worth pausing to think about a milestone the U.S. economy has passed at long last.

The unemployment rate fell to 3.9 percent in April — the first time it has come in below 4 percent since December 2000. Before those few months at the turn of the century, you have to go back to January 1970 to find a jobless rate in the United States that started with a “3.”

This is, to use a technical economic term, fantastic. And it is a fact that should shape how people think about the broader economic moment.

Even a few years ago, getting to an unemployment rate below 4 percent would have seemed an implausible, unattainable goal. That was certainly true at the recent peak of the jobless rate at 10 percent in 2009, and still true five years ago. In 2013, the rate drifted downward from 8 percent at the start of the year to 6.7 percent at the end.

Most people — even people who were trained economists and reasonably optimistic overall — didn’t see it coming. In March 2013, for example, Federal Reserve officials projected the rate would fall to somewhere between 5.2 percent and 6 percent in the longer run (now being that aforementioned longer run).

It is certainly true that the unemployment rate alone doesn’t tell you all you need to know about the labor market. In particular, it can fall because of bad news, namely people leaving the labor force, rather than the good news of people finding jobs. And that, as it happens, is what happened with the latest drop in April, as the labor force actually shrank by 236,000 Americans.

But even though the latest tick down came for not-so-good reasons, the simple fact remains that most Americans who say they want a job can, in 2018, find one. That means some modest shifts in the nation’s economic debates are in order.

To talk about needing more jobs increasingly misses the point. If only out of muscle memory, Wall Street still pays the most attention to the job creation number that is included in the monthly report — 164,000 net positions added in April, if you’re curious.

But in a time with the lowest jobless rate in 18 years, that’s really not what’s important. Job creation is increasingly limited not by employers’ optimism or confidence or so-called animal spirits, but on the hard limit caused by the finite number of humans to fill those jobs.

And so the focus of policy seems as if it should be less on creating more jobs and more on trying to make the jobs that exist as good as possible, on all dimensions.

For workers, that means higher wages, and the April numbers were actually a bit disappointing on that front. Average hourly earnings for private-sector workers rose only 0.1 percent, and they have been up 2.6 percent over the last year. While there has been some fragmentary evidence that employers are starting to raise wages because of the tight labor market, it isn’t yet clear that there is some overwhelming trend toward workers fully sharing the benefits of an improving economy.

The low unemployment rate means that the still-depressed levels of participation in the workforce are hard to chalk up to a shortage of jobs.

Only 79.2 percent of Americans 25 to 54 were working in April, unchanged from March. That number was 81.4 percent the last time the unemployment rate was at its current levels in December 2000.

That means that there are still around 2.3 million people in the United States of prime working age who might come back into the labor market if we were to match the standard from 18 years ago. Higher wages would most likely help, but it would also help to understand better the noneconomic reasons those people aren’t working and how these might be overcome.

The reasons seem to include employers being unwilling to hire ex-offenders or people with opioid and other addiction problems — and similar challenges that are beyond the usual economist’s remit. But while “there aren’t any jobs” is still a reality in some pockets of the United States, it is not, on the national level, true any more.

Finally, for Federal Reserve officials and others who shape policy to try to guide the economy, the sub-4 percent jobless rate can serve as a reminder of how little we know with certainty about what the U.S. economy is capable of.

For example, could joblessness fall below 3 percent, without leading to a huge outbreak of inflation? Conventional wisdom in economic forecasting circles is that the answer is a decisive no. But it wouldn’t be unprecedented; the jobless rate fell to 2.5 percent in 1953.

Nobody was predicting five years ago that we would have a sub-4 percent jobless rate in 2018. So there are benefits, for economic policymakers and everyone else, to staying open-minded about what is possible.