The IMF Warns of Inflation and Slowing Recovery 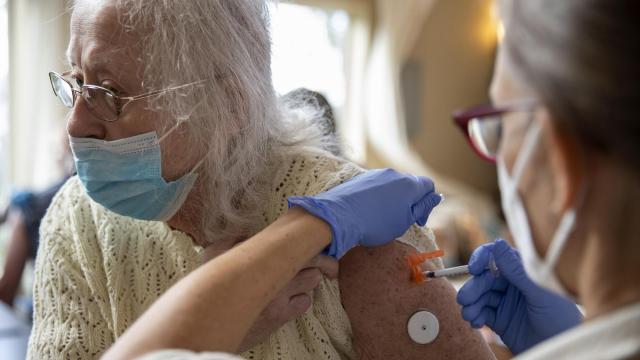 The global economic recovery is losing momentum as the resurgence of the coronavirus and widespread supply chain disruptions threaten to be a drag on a world economy that is trying to find its footing, the International Monetary Fund said Tuesday.

Turbulence in rich countries has begun to weigh on the global outlook in recent months, the IMF said in its latest World Economic Outlook report. The economic growth forecast for the United States was pared back to 6% from the 7% growth projected in July, because of softening consumption and large declines in inventory caused by supply chain bottlenecks. In Germany, manufacturing output has taken a hit because key commodities are hard to find. And lockdown measures over the summer have dampened growth in Japan.

The IMF lowered its 2021 global growth forecast to 5.9%, down from the 6% projected in July. The worsening of the public health crisis because of the delta variant of the virus darkened the outlook for developing countries, while shortages are weighing on consumption and manufacturing in advanced economies.

“Pandemic outbreaks in critical links of global supply chains have resulted in longer-than-expected supply disruptions, further feeding inflation in many countries,” Gita Gopinath, the IMF’s chief economist, wrote in an introduction to the report. “Overall, risks to economic prospects have increased, and policy trade-offs have become more complex.”

The IMF said that the biggest threat to the recovery is the spread of more aggressive variants and that speeding up vaccinations is the top priority for accelerating the rebound.

The fund has warned that disparities in vaccine distribution have created a two-track recovery, with struggles in the developing world to access and deliver vaccines threatening to prolong the health crisis and economic malaise.

Earlier this year, the IMF approved $650 billion worth of emergency currency reserves that have been distributed to countries around the world. Gopinath called on wealthy countries to help ensure that these funds are used to benefit poor countries that have been struggling the most with the fallout of the virus. She also urged vaccine manufacturers to support the expansion of vaccine production in developing countries.

“Recent developments have made it abundantly clear that we are all in this together and the pandemic is not over anywhere until it is over everywhere,” she wrote.

Global growth is expected to slow to 4.9% in 2022 and then moderate to about 3.3% in the medium term, the IMF said. This article originally appeared in The New York Times.