The Housing Boom Is Already Gigantic. How Long Can It Last? 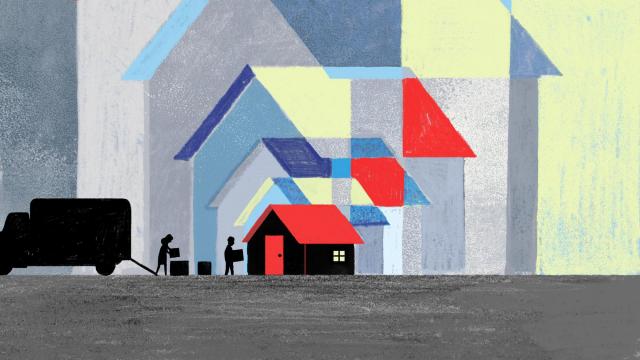 We are, once again, experiencing one of the greatest housing booms in U.S. history.

How long this will last and where it is heading next are impossible to know now.

But it is time to take notice: My data shows that this is the United States’ third-biggest housing boom in the modern era.

Since February 2012, when the price declines associated with the last financial crisis ended, prices for existing homes in the United States have been rising steadily and enormously. According to the S&P/CoreLogic/Case-Shiller National Home Price Index (which I helped to create) as of September, the prices were 53 percent higher than they were at the bottom of the market in 2012.

Even after factoring in Consumer Price Index inflation, real existing home prices were up almost 40 percent during that period. That is a substantial increase in less than seven years.

In fact, based on my data, it amounts to the third strongest national boom in real terms since the Consumer Price Index began in 1913, behind only the explosive run-up in prices that led to the great financial crisis of a decade ago, and one connected with World War II and the great postwar Baby Boom.

The No. 1 boom occurred from February 1997 to October 2006, when real prices of existing U.S. homes rose 74 percent. This was a period of intense speculative enthusiasm — for houses and for financial instruments based on mortgages as investments — and it was also a time of great regulatory complacency. The term “flipping houses” became popular then. People exploited the boom by buying homes and selling them only months later at a huge profit.

That boom ended disastrously. Soaring valuations collapsed with a 35 percent drop in real prices for existing homes, ushering in the financial crisis that enveloped the world in 2008 and 2009.

The second greatest boom, from 1942 to 1947, had more benign consequences. Over this five-year interval, real prices of existing homes rose 60 percent.

Booms and busts are rooted in popular narratives with complex social-psychological roots. This boom centered on a war-induced housing shortage, an enormous increase in the number of new babies and families who would need housing after the war, and the 1944 GI Bill, which subsidized homebuying by veterans. Home prices did not fall significantly after this boom ended.

Today, signs of weakness in the housing market are being taken by some as a signal that the prices of single-family homes may fall soon, as they did sharply after 2006. The leading indicators, which include building permits and sales of both existing and new homes, have all been declining in recent months.

But with few examples of extreme booms, we cannot be sure what such indicators mean for the current market.

Low interest rates — imposed by the Federal Reserve and other central banks in reaction to the financial crisis — are the most popular culprit in the current boom. There is some apparent merit to this view, since these three biggest nationwide housing booms all included very low interest rates.

The simplest narrative being given for the current boom is just that the 2008-09 financial crisis and the Great Recession are over and home prices are returning to normal.

But that explanation does not cut it either. In September they were 11 percent higher than at the 2006 peak in nominal terms, and almost as high in real terms. This is not a return to normal, but a market that appears to be rising to a record. It is difficult to assess the contribution of President Donald Trump to the current boom.

It is certainly less obvious than the role of President George W. Bush in the 1997-2006 boom. Bush extolled the benefits of “the ownership society” and in 2003 he signed the American Dream Downpayment Act, which subsidized home purchases. In his 2004 re-election bid he boldly asserted: “We want more people owning their own home.” This seems to have contributed to an atmosphere of high expectations for home price increases.

The Trump administration’s attitude toward housing is less clear. Trump’s slogan “Make America Great Again” has overtones of the “American dream.” But provisions of his Tax Reform and Jobs Act of 2017 were unfriendly to homeowners.

Even without major further interest rate increases, there would seem to be a limit on how much the prices of existing homes can increase. After all, people must struggle to cover a range of living expenses, and builders are supplying fresh new offerings to compete with the existing houses on the market.

Perhaps the home price increases are now a self-fulfilling prophesy. As John Maynard Keynes argued in his 1936 “General Theory of Employment, Interest and Money,” people seem to have a “simple faith in the conventional basis of valuation.”

If the conventional basis is now that home prices are going up 5 percent a year, then sellers, who would otherwise have no idea what to ask for their houses, will just put a price based on this convention. And likewise buyers will not feel they are paying too much if they accept the convention. In the United States, we may believe that the process is all part of the “American dream.”

It can’t go on forever, of course. But when it will end isn’t knowable. The data can’t tell us when prices will level off, or whether they will plunge catastrophically. All we do know is that prices have been roaring higher at a speed rarely seen in U.S. history.