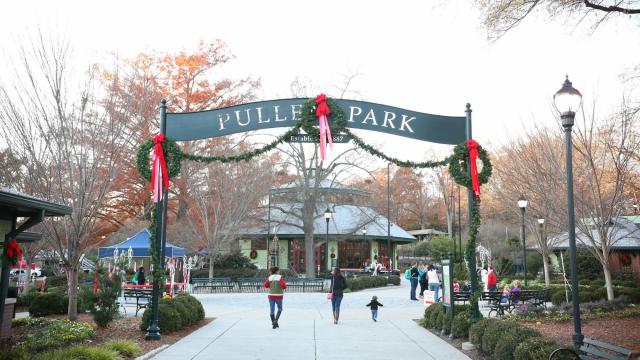 At 7:59 a.m., Tuesday, thousands in the Triangle had their fingers hovering over their keyboards or tablets at the ready for the exact second when what just might be the hottest ticket of 2017 went  on sale: Tickets for Pullen Park's Holiday Express.

The event, which features visits with Santa, Christmas lights, crafts and rides on the Raleigh park's kiddie train and carousel, has becoming increasingly popular in recent years.

This year, the city sold the tickets only through Eventbrite, an online event site, to avoid another crash. It also added more days to the event, which will run for 10 days - Dec. 7 to Dec. 10 and Dec. 12 to Dec. 17. The site didn't crash, but tickets sold more quickly than they ever have before - even with the extra days.

"The speed at which they were coming into my email, my email couldn't handle it," she said.

Kostka is fielding a couple of questions and concerns from parents and others who weren't able to purchase their tickets.

Some said that, at checkout, the system told them that the tickets they selected were no longer available. Kostka said that was because another person was a split second quicker to push "buy." The tickets were purchased based on train departure times.

"They were so popular and so many people were trying to buy them at the same time," she said. "It’s just as popular as a Beyonce concert."

Kostka also said rumors continue to swirl that people are buying up large blocks of tickets to sell them elsewhere. Some tickets were resold last year on Facebook or Craigslist, Kostka said.

"But it was one or two tickets here and there," she said. "It was not hundreds."

"We've had a couple of orders where people bought more than 10 because they placed two different orders," she said. "People are not buying them to sell them."

No major changes are planned to the event this year, other than people will be able to walk around the park's lake. In past years, it's been closed off.

Could that popularity mean that they might add another day or two to the event this year? Kostka recommends disappointed parents not get their hopes up.

"For now," she said, "we don’t anticipate adding any more dates."