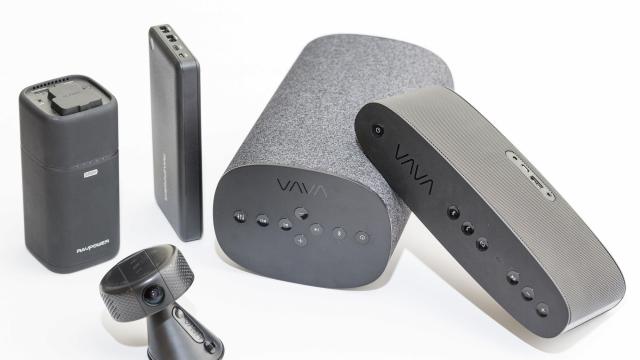 A few weeks ago, Wyze Labs, a 1-year-old startup in Seattle, sent me its first gadget to try. It’s a small, internet-connected video camera, the kind you might use for security or to keep tabs on your dog or your baby.

On the surface, the camera doesn’t sound special. Like home internet cameras made by Nest or Netgear, the Wyze device can monitor an area for motion or sound. When it spots something, it begins recording a short clip that it stores online, for access on your phone or your computer.

But the WyzeCam has one groundbreaking feature that no rival can match. It is being sold for such an unbelievably low price — $20 — that it sent me tunneling into the global gadget industry to figure out how Wyze had done it. That, in turn, led to a revelation about the future of all kinds of products, from cameras to clothes.

That future? We’re going to get better products for ludicrously low prices, and big brands across a range of categories — the Nests and Netgears of the world — are going to find it harder than ever to get us to shell out big money for their wares.

There’s a hidden hero in this story — or, if you’re a major brand, a shadowy villain. It’s Amazon.

To understand Amazon’s role, let’s take a closer look at how Wyze piggybacked off Amazon. Nest’s and Netgear’s comparable indoor cameras sell for around $200 each, while Wyze’s device goes for $20 plus shipping if you buy directly from the company’s website. The only other place to purchase the WyzeCam is on Amazon, where members of the company’s Prime service can get it for $30 including two-day shipping.

Wyze did not create a home internet camera for a tenth of the price of rivals by skimping on quality. Though the camera comes in extremely spare packaging, it otherwise offers many features you would expect in big-brand devices, including tough security. (Although all internet-connected devices pose some security risk, Wyze said its devices and the data they recorded were locked down with encryption.)

Wyze’s low prices are instead born of two ideas, both connected to Amazon. The company’s three founders all worked at the retail giant, and they said they had been inspired by Amazon’s high-volume, low-margin approach to sales.

To hit the $20 price, Wyze licensed the camera’s hardware from a Chinese company, then created its own software. It also cut out just about every middleman, including most retailers.

And it’s banking on long-run success. While Wyze is just breaking even on its first camera, its founders believe internet-connected home devices will be a growth category. They plan to establish a trusted brand with the first camera, then release a succession of products that they hope to sell in large numbers, at low prices.

But how do you establish a brand online? That’s the second place Amazon comes in.

Though they snubbed every other retailer, Wyze’s founders recognized that they needed an Amazon storefront to help them establish an instant presence next to the big guys. Customer rankings and reviews on Amazon have become just about the most important factor in how consumers buy electronics products; because Amazon pages come up high on search results like Google’s, a positive rating on Amazon can effectively make a brand — and a negative rating can break one.

“That’s why we had to sell on Amazon,” said Yun Zhang, Wyze’s chief executive. “You just can’t ignore them.”

Wyze is now one of dozens of companies relying heavily on Amazon to create online brands. There’s Anker, which makes low-priced, well-regarded accessories for your electronics. There’s Yi, which makes, among other things, action cameras that rival GoPro.

And there are RAVPower, TaoTronics and VAVA, three consumer electronics brands that are all owned by Sunvalley Group. Sunvalley, a Chinese company, said it will exceed $300 million in sales this year, with about 90 percent coming through Amazon. (BEGIN OPTIONAL TRIM.) In an earlier time, you might have dismissed companies like these as “Chinese knockoffs.” After all, like Wyze, most of them use commodity parts and global manufacturing efficiencies to create low-priced versions of relatively uncomplicated products.

But knockoffs get a bad rap because they are of indeterminate quality: Even if it’s selling at a good price, who wants to risk buying a no-name portable smartphone charger if it might blow up in your face?

(END OPTIONAL TRIM.) Allen Fung, general manager of Sunvalley’s U.S. division, said that what was unique about Amazon was that its store encouraged low prices while heavily penalizing companies that made shoddy products.

“It’s not a race to the bottom,” Fung said. “Sellers are forced to create better products at lower pricing, and sellers who aren’t able to do that just get weeded out.”

Fung recently spent a couple of hours providing an in-depth look at how he manages his company’s brands on Amazon. To win a certain product category — portable chargers, say, or children’s night lights — the company is obsessive about monitoring customer feedback, including the rate at which its products are returned. Sunvalley recently hired a team of customer service agents to respond to complaints. It has also hired industrial designers to improve the look of its devices — which also helps it stand out from other commodity devices on Amazon’s results page.

Sunvalley also spends heavily on Amazon ads (these show up as “sponsored” results on Amazon’s search page), and sometimes it will sell products at a loss during one of Amazon’s daily or seasonal deals to get a boost that lifts all of its products in the website’s search rankings.

All of these investments are costly and time-consuming, and competition on Amazon is intense. Fung said Sunvalley’s gross margins were under 25 percent, which is quite low for consumer electronics.

“It’s really tough,” he said. “There’s a real process of natural selection there.”

This process is not going to affect just the consumer electronics business. Fung said his teams regularly looked to Amazon as a kind of product road map — they look for categories dominated by high-priced items from well-known brands, and then try to create better, cheaper versions. Sunvalley has expanded into home appliances like lamps and humidifiers, as well as into cosmetics.

Amazon, which charges a fee for third-party companies to sell through its platform, is not a passive actor in this trend. It has long encouraged businesses to set up shop on its site. The company said that half of its products came from small businesses, and that in 2016, more than 100,000 businesses exceeded $100,000 in sales through its system. It also started a lending program to allow those businesses to scale up; last year, its loans exceeded $3 billion.

“As this takes off, it really makes you start to question, you know, what is a brand in the Amazon age?” said Scot Wingo, executive chairman of ChannelAdvisor, an e-commerce consulting firm.

It’s an intriguing question, and one that raises fears of Amazon’s rise. While the growth of high-quality, low-priced brands on Amazon seems unquestionably good for consumers, the trend does produce economic losers. (STORY CAN END HERE. OPTIONAL MATERIAL FOLLOWS.) The classic worry about Amazon is that it puts local retailers out of business. Now another worry is that by exposing global brands to the harsh reality of low-priced competitors, it may put them out of business, too. Wingo said global brands across a variety of categories — electronics, apparel, home improvement — regularly approached his company looking for a way to compete with low-priced rivals on Amazon.

He has had to let them know there’s no easy solution, he said.

“There is this erosion of what it means to be a traditional consumer product brand,” Wingo said. “In a way, Amazon is providing all this information that replaces what you’d normally get from a brand, like reputation and trust. Amazon is becoming something like the umbrella brand, the only brand that matters.”