The Future Is Bright for the Video Games of Yesterday 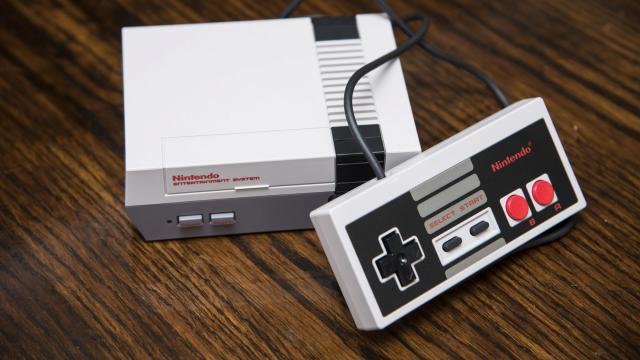 Scott Bachrach remembers playing games like “Centipede,” “Galaga” and “Pac-Man” with his friends at his local arcade in Los Angeles in the 1980s.

“It was the spot where we went to on Friday nights,” said Bachrach, now 50. “We put our quarters on the top of the machines to play the game. We would play for hours.”

Now, as chief executive of Tastemakers, a toy company, he is recreating that experience for a new generation. The business has collected licenses for his favorite games and others, like “Street Fighter II,” and is reproducing them in its Arcade1Up arcade-style cabinets.

“This was a passion project,” Bachrach said, “that turned into a significant business for us.”

Tastemakers is not alone in trying to capitalize on the nostalgia for older video games. Nintendo helped popularize the retro gaming trend with the 2016 release of the NES Classic, a scaled-down and inexpensive version of its original console and 30 vintage games. After that, other rivals, including Sony, started mining their vaults to resurface games and hardware, while smaller companies began remastering past titles. Some struggling game brands, like Atari, are getting a boost from continued interest in older games.

Retailers are getting into the mix as well, with companies like Amazon and Target scrambling to provide space exclusively for classic video games and related merchandise. Even the electric-car maker Tesla included some Atari games in the latest software update for its vehicles.

“In the past, we thought games were more disposable entertainment,” said Mat Piscatella, a video game industry analyst for NPD, a market research company. “There is a lot of intrinsic value that old games can provide.”

One in 5 new consoles sold in the United States this year has been a retro plug-and-play device, Piscatella said, contributing to the overall growth in the video game industry. Sales of hardware, software and accessories in the United States reached $14.6 billion in 2017, an 11 percent increase over 2016, according to NPD.

“Everything in gaming has gotten so complicated and tech heavy,” Piscatella said. “Here’s this $80 device that you can plug into a TV and go.”

For players looking to play the games on a modern device, Nintendo offered 20 classic games to subscribers of its Nintendo Switch Online network, a premium service that went live in September, and has plans to add more.

“People remember the colors and shape of the console and the feel of the controllers from their childhood, and they have a visceral reaction when they first fire up their favorite NES or Super NES games,” said Reginald Fils-Aimé, president and chief operating officer of Nintendo of America.

Sony will follow suit Monday with the PlayStation Classic, a plug-and-play unit loaded with 20 games for $100. The company has reintroduced older titles over its game network in the past, but this will be an opportunity to relive playing those games on the first PlayStation console, said Eric Lempel, senior vice president of global marketing at PlayStation.

“It’s kind of like watching a classic movie versus a remake or a colorized version,” Lempel said. “This is the way you remember those games.”

Smaller companies are having success licensing games and repackaging them with new hardware. AtGames, a manufacturer in Taiwan, has sold titles from developers like Activision, Atari and Bandai Namco for more than a decade through its Flashback series, which packages games on replicas of the once popular Atari 2600 and Sega Genesis consoles.

AtGames’ latest offering, Blast, is a pared-down version with fewer games, a small controller and a dongle that plugs into an HDMI port on a TV. This new product allows the company to move into a lower price point, said PK Hsiung, the company’s chief executive. Nintendo and PlayStation aim for typical technology retailers, he said, but 80 percent of AtGames’ sales come from retailers like CVS, Kroger, Walgreens and Bed Bath & Beyond.

“They are not competing with us,” Hsiung said of his bigger rivals. “They are helping us by making retro games mainstream.”

The influx of games and new consoles is starting to make analysts like Piscatella of NPD wonder how much longer the sales growth can last. Nintendo dominates sales, but it has not announced plans to release other classic consoles. Other publishers may face difficulties, Piscatella added, like finding the right fit for their games or securing licenses. Rather than license their games to other companies, some video game publishers are releasing them on their own. After finding a hit with a retro “Crash Bandicoot” package last year, Activision remastered a trilogy of games featuring Spyro the Dragon.

“It’s probably better to say we remade these games,” said Steve Young, executive vice president and chief revenue officer at Activision. Because of advances in the processing power of consoles, studios are able to rebuild games from the ground up with high-definition graphics, he said.

Even the music was updated. The publisher invited Stewart Copeland, the former drummer for the Police and the composer of the original Spyro series’ soundtrack, to create a new main theme for the remastered version.

Other publishers are reaching deals with accessory makers like Retro-Bit. The company’s Super Retro-Cade console features more than 90 titles from publishers like Capcom, Data East, Irem and Technos.

“This console brings a lot of games released out of Japan that were never released in the U.S.,” said Richard Igros, marketing manager for Innex, the distributor of Retro-Bit products. The company also repackages hard-to-find classic games on cartridges made for older consoles.

One of their biggest sellers, for instance, is a collection that includes an obscure title, “Magic Drop.” “It’s not a well-known game,” Igros admits, “but it has a cult following.”