The Evolution of a Restaurant Dish, From Vision to Revision 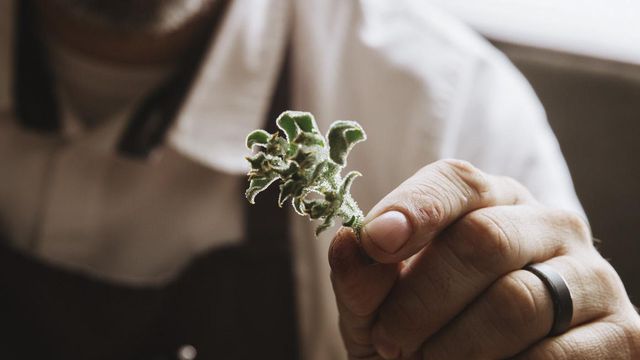 SANTA MONICA, Calif. — Standing beside a table of four at Rustic Canyon, a casual but ambitious restaurant here, a server described an elaborate new special for two or more to share: an entire spatchcocked chicken, cut into parts, with blueberries and chicken jus, and grilled chicken hearts on rosemary skewers. He detailed the three sides: housemade toast with chicken-liver mousse and poached gizzards; polenta that used corn six ways; and an okra confit with gribenes, crispy bits of chicken skin.

Jeremy Fox, the executive chef and an owner, expected that most diners would pass judgment on the dish, which was being introduced that night in July, well before the server’s spiel was done. “If it’s something really good and appealing,” he said, “you’re like, ‘I’m getting that. You can stop talking.'”

By that calculation, just a few seconds might help decide the fate of a complicated offering that Fox had been contemplating for a year, and actively working on for weeks.

For some chefs, putting a new item on the menu is a routine affair, even a daily one — adding a simple tomato salad, say, when tomatoes are plentiful. For many others, it is a painstaking process. For Fox, a restless chef who goes to bed and wakes up thinking about flavor combinations, the dish he had in mind was a puzzle requiring both creativity and practicality.

It had to combine reliable ingredients like the chicken with peak-season produce, which would require replacing the blueberries and corn at summer’s end. It had to be something the kitchen could turn out without disrupting everything else going on. And it had to be “user-friendly,” said Fox, who would eventually bow to customers’ limited appetites and deconstruct the dish.

Corn was at its best, so he could finally introduce a new polenta dish he had come up with too late the previous summer. He had thought for months about what to do with the chickens from a new supplier, Autonomy Farms. Now it was time to start the countdown on his idea.

On a Wednesday morning in late July, a week before the dish debuted, Fox strolled the Santa Monica farmers’ market, the oldest and largest in Los Angeles. One farmer had pink-lemonade blueberries, their colors running from deep rose to a yellow blush. Fox pounced without being quite sure what to do with them, and then he thought about Chinese cuisine, which mixes meat and fruit-based sauces. The berries would provide a tart contrast for the chicken.

At the restaurant with his chef de cuisine, Andy Doubrava, Fox consulted an invisible list he maintains inside his head. “I have tabs in my brain,” he said, “like an index you build over time, of flavor profiles.”

Okra was at its peak, so he would build a side dish with it. He wanted to use the chicken innards and skin as an exercise in avoiding waste, so he came up with the liver mousse and gizzards, the skewered chicken hearts and the gribenes.

Returning to the Wednesday market a week later, Fox and Doubrava spent two hours picking up preorders and buying the rest of what they needed — including okra, selected piece by piece, because the smaller ones are more tender.

That afternoon, Aaron Choi of Girl and Dug Farms in San Diego County came to the restaurant with an assortment of greens, including tiny ice plants he had been growing at the chef’s request. Fox had always intended to serve the liver mousse and gizzards on toast; he decided to top them with a garnish of ice plant leaves, he said, “because it’s crispy.”

Fox then spatchcocked nine chickens, two for trial runs and seven that he hoped to sell on the first night, removing the back, neck, rib bones and wishbone. He asked himself how much of the chicken should end up on the platter. Backs and feet, yes, because Fox likes to please people who like to gnaw on them. But no heads, which he feared might put off too many diners; he would use them to make stock.

Fox is known for his polenta, and he was eager to create what he called his “ultra” version. He used fresh corn cobs to make the stock for cooking the polenta. Then came the add-ons: He poached some of the cut kernels in butter and dehydrated others, which were flash-fried into what Fox calls “corn cracklings.” Liquid from pulverized kernels was boiled and blended until it thickened into a pudding, and popcorn was processed into tiny bits to be sprinkled over the finished dish. On Thursday, the day the dish would premiere as a special, Fox discovered that the blueberries he had dehydrated to sprinkle atop the chicken-liver toast — adding sweetness, tartness and a bit of crunch — had grown a papery outer skin that he didn’t like. He tried gently blowing on the fruit, to dislodge the skin. It worked.

Some surprises are welcome. In what he called a “happy accident,” Fox forgot about the okra confit twice: He left it to cool too long, so the fat started to solidify, and then he put it in a low oven for too long, so the exposed tips on some pieces started to caramelize. Those pieces added a crisp element to the confit, which would be served with brown butter crumbs, dried carrots, oca leaves and gribenes.

For the toast, Fox decided to use pain de mie — a soft, mild white bread — made with byproducts he had on hand: schmaltz, which is seasoned, rendered chicken fat; and whey from the restaurant’s homemade ricotta. “It’s fancy white bread,” he said, “and I wasn’t as concerned with it tasting better than store-bought as I was with using things, rather than wasting them.” Doubrava started a new batch for the next day’s service.

Five cooks, working in sync, made two test versions of the chicken and sides. The first was for Fox and Doubrava. At 5 p.m., the second went out to the daily meeting of the servers and other front-of-house employees. Fox explained each part of the dish to the staff, who tasted it and discussed how best to describe it. “It’ll sell better if a server can talk about it with enthusiasm,” Fox said.

The evening’s first diners weren’t tempted. Fox had to wait a half-hour before the printer spat out the ticket he was waiting for. “Ordering one Big Bird,” said the expediter, a bit more loudly than usual. Fox allowed himself a hopeful smile and watched the line cook preparing the chicken, which involved struggling to fit it into the sauté pan, feet and all, so the skin would crisp evenly. Once everything was plated, Fox made microscopic adjustments and stepped back. Two food runners hurried the order out the kitchen door.

After the third order, Fox revamped the okra on the fly, adding fermented husk cherries and aioli. The dish was rich; he thought the acid of the husk cherries would cut through the fat, and that the creamy aioli would improve the “mouth feel.” By the end of the night, all seven orders had sold.

A week later, the chicken took its place on the printed menu, but now it was roasted whole rather than spatchcocked, producing a moister, more tender bird that needed less preparation time but took longer to cook.

“It’s been a roller coaster to get the chicken to catch on,” Fox lamented a month later. He had changed the preparation again, because diners didn’t want to wait an hour for their entree. A semi-boneless bird, brined and split in half, solved both of his big problems: It cooked faster and fit neatly into the pan.

The polenta was too popular — people who didn’t want the chicken were disappointed that they couldn’t order the side dish by itself. So Fox moved it to the à la carte menu, where it became an instant hit. In place of polenta with the chicken dish, he substituted boiled potatoes served with a seaweed salsa, a fennel and onion purée, and crisp potato skins. And when the okra at the market wasn’t to his liking, he used small roasted onions instead.

Even with the fixes, there was resistance in the dining room. Tables of two felt that a whole chicken and three sides was too much food, so Fox downsized, moving the toast to the à la carte menu. For one short, scary stretch, he sold one nightly order of the chicken, or none. He exhorted his servers to sound more enthused. The chicken started to sell out again.

It lasted a second month, but regulars complained that they missed the half-chicken that had preceded it on the menu. In late September, Fox surrendered to popular demand: Big Bird became a roasted half-chicken with seasonal accompaniments. Carrot purée stepped in for the potatoes, with purslane providing a briny crunch.

Today, that half-chicken is still on the menu, sprinkled with aliño, a South American spice blend to which Doubrava adds dried carrot tops and carrot pulp. The pink-lemonade blueberries and okra side dish vanished at season’s end; the polenta and chicken-liver mousse are still available à la carte, updated with autumnal flavors. The chicken-heart skewers are gone because Fox couldn’t find a consistent supply.

Perhaps the least popular ingredient — the chicken feet — survived until very recently, when Fox had to face facts: Plates came back into the kitchen with the feet untouched. He gave up. They go into the stock, now, with the chicken heads. The components continue to evolve with each week’s market — purple daikon radishes have made an appearance recently — but Fox refuses to think about the next version in advance. Discovery is part of the fun.