The dogs appeared calm and unshaken.

Pilot Ken Brown described the flight as "about as boring as you can get until there was silence.

"The engine quit. Beyond that, there’s not a lot you can do except figure out where you are going to end up,” he said.

Brown's passenger said she would get on a plane again.

The plane left Southbridge, Mass., on Thursday morning and was headed to Venice, Fla. Records show it is owned by Cornerstone Aviatiton, LLC of Stow, Mass.

The crash happened on Tram Road in the northern part of the county.

The pilot deployed the aircraft's red and white striped parachute to help it land during an emergency, according to the FAA.

The FAA said a Cirrus SR22 went down in a grove of trees around 10:25 a.m. The plane is suspended in trees about five feet off the ground. 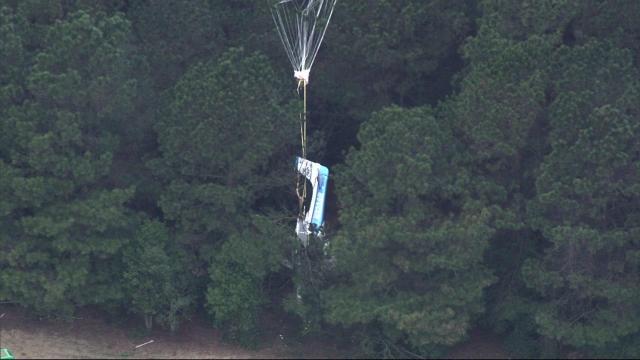 The two people from the plane said they planned to spend the night in Duplin County while the crash was investigated.

In addition to the FAA, the National Transportation Safety Board is also investigating the crash. 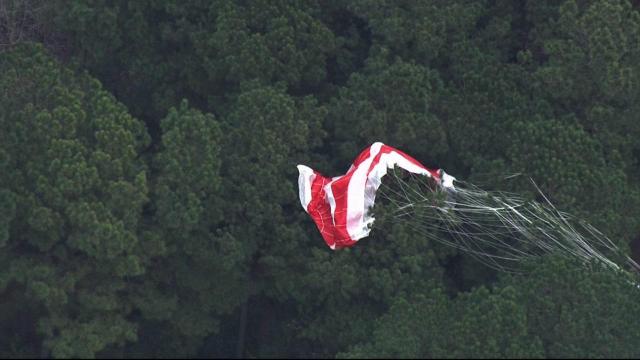