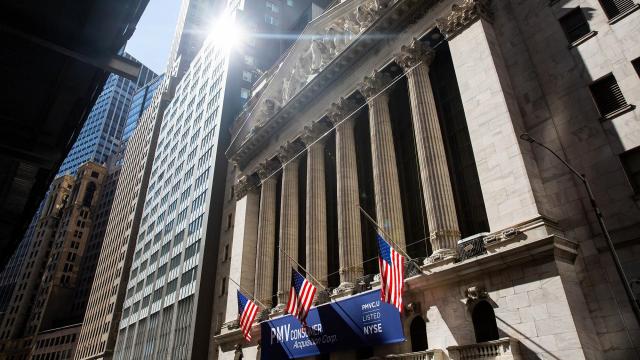 CNN — The Dow had an Election Day rally Tuesday, its best performance since July, as US stocks continued their winning streak from the start of the week.

The Dow finished 2.1%, or 555 points, higher, the greatest percentage gain for the index since mid-July.

The S&P 500, Wall Street's broadest measure, closed up 1.8%, its best day in a month. Meanwhile, the Nasdaq Composite ended up 1.9%, in its strongest performance since mid-October.

In contrast, all three indexes recorded their worst weeks since March on uncertainty about rising Covid-19 infections, the prospect of government stimulus and the election results last week.

Analysts at Goldman Sachs think there's a decent chance the winner will be declared Tuesday night because swing states like Florida, Arizona, Georgia and North Carolina will report results quickly.

This is key for the stock market, which hates uncertainty. Not knowing the winner for days has been dubbed the "nightmare scenario" by investors.

Financial markets have been moving on hopes -- and then dashed hopes -- for more fiscal stimulus out of Washington for months now, and investors expect a bigger stimulus package under a Democratic administration.

"I think [the market is up on] two things: some retracing from last week['s losses], but I also think there's a sense that no matter who wins there will be some short-term money coming, whether it's stimulus or infrastructure," said JJ Kinahan, chief market strategist at TD Ameritrade.

The US economy has started on its long road to recovery, but economists and central bankers agree that more government spending will be needed to keep the improvements going.

Meanwhile, President Donald Trump said Tuesday morning on "Fox & Friends" he believed the market was up because investors were pricing in another term for him.

Trump has repeatedly said the market would sell off if Biden was elected, even though market participants have refuted this thesis because of the expected government spending to boost the recovery.