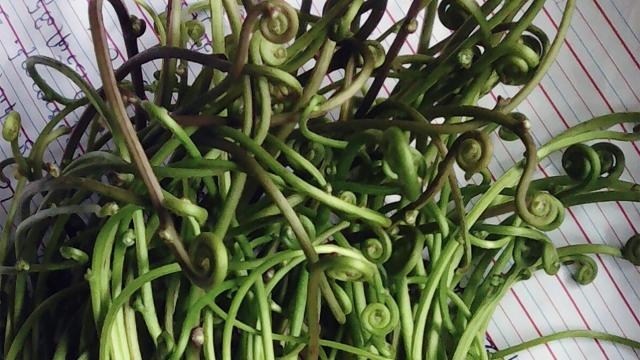 Another transformation occurs deep within the body, two recent studies from the Netherlands and United States find, as the trillions of microbes that live in the human digestive system shift in composition.

While many factors may influence how this change occurs, the studies suggest that scientists should consider individuals’ migration status and ethnic origin as they aim for clinical interventions based on the gut microbiome.

Researchers are trying to understand what governs gut microbial composition, in part because of increasing evidence that the trillions of microorganisms teeming in our guts influence health in myriad ways. Most chronic diseases have been tied to deviations in gut microbiome, though the specifics of cause and effect still need to be parsed out.

The first study, published in Nature Medicine in August, compared the gut microbiomes of adults from Amsterdam’s six largest ethnic groups. A team led by Mélanie Deschasaux, an epidemiologist at the Academic Medical Center in Amsterdam, assessed stool samples from 2,084 individuals who were ethnically Dutch, Ghanaian, Moroccan, Turkish, African Surinamese or South Asian Surinamese. Most of the non-Dutch participants had immigrated to the Netherlands as adults.

Across the Atlantic, Pajau Vangay and Dan Knights, of the University of Minnesota, worked with two local communities to study how migration alters the human gut microbiome. They published their results in Cell last week.

One community, the Hmong, began arriving in Minnesota in the 1970s as refugees from the CIA-backed Secret War and Vietnam War, which ravaged their communities in Laos. The second group, the Karen, arrived in Minnesota in larger numbers in the past decade, fleeing human rights abuses in Myanmar.

Stool samples and other data from more than 500 women revealed that immigrants from these groups began losing their native microbes almost immediately after resettling. They picked up U.S. microbes, but “not enough to compensate for the loss of native strains, so they end up losing a substantial amount of diversity overall,” Knights said. Furthermore, losses were greater in obese individuals and children of immigrants.

Vangay, a second-generation Hmong immigrant, partnered with Kathie Culhane-Pera, a family doctor, to involve Hmong and Karen community researchers. Together with the academics, the community researchers developed the study’s design, recruitment methods and strategies for sharing results. Separately, advisory boards of Hmong and Karen health professionals and community leaders gave input, resulting in a project conducted largely by and for the communities it studied, said Houa Vue-Her, a Hmong advisory board member.

The study would not have worked otherwise, she added. Some Hmong with traditional spiritual beliefs might resist giving samples for laboratory testing, for instance, out of fear that it would interfere with reincarnation. Lingering trauma from the wars and the federal government’s secrecy might prevent many others from trusting outsiders.

The most obvious culprit behind the loss of native gut microbes is diet. Along with native gut flora, immigrants lost enzymes linked to digesting tamarind, palm, coconuts and other plants commonly eaten in Southeast Asia, the study found. The longer immigrants lived in Minnesota, the more their gut microbiomes shifted to one reflective of a typical American diet high in sugars, fats and protein.

But diet alone could not explain all of the changes, Knights said. Other factors might include antibiotic medications, different birthing practices and other lifestyle changes.

Deschasaux noted that her study and Vangay’s reach somewhat contrasting findings. While she found that immigrants maintained ethnic-specific microbiome profiles, even after decades in Amsterdam, Vangay found that the gut microbiomes of Hmong and Karen immigrants steadily assimilated to their new locale.

The divergence might relate to differences in typical Dutch and American diets — with perhaps less sugar, fat and meat and more raw vegetables in Dutch diets — and possibly lower rates of acculturation by the Dutch immigrants compared with Hmong and Karen refugees, Deschasaux speculated.

Yet both studies have implications for health disparities. Obesity, diabetes and metabolic syndrome all have been linked to the gut microbiome, and the ethnic groups Deschasaux studied in Amsterdam experience varying degrees of these conditions. Compared to the ethnic Dutch, for instance, Dutch Moroccans in her study had a higher prevalence of obesity, and South-Asian Surinamese had a higher prevalence of type 2 diabetes and metabolic syndrome.

Similarly, research has shown that living in the U.S. increases the risk of obesity among immigrants, and Southeast Asian refugees are particularly vulnerable.

“It was actually a challenge finding participants who fell in the normal range of body mass index for the study,” said Mary Xiong, a second-generation Hmong American and a community researcher in the Minnesota project. “That opened my eyes about how much of a concern this is.”

That urgency in part motivated Vangay and her collaborators to relay their results back to community members.

“Many of these communities are not even aware that the gut microbiome exists,” Vangay said.

In many ways, she added, “our best recommendation to community members was to hold onto their roots.” For instance, the researchers partnered with Yia Vang, co-founder of Union Kitchen, a Minnesota-based Hmong pop-up restaurant, to hold cooking workshops for the Hmong community. One of the dishes that participants made was zaub qaub, or fermented mustard greens.

In addition to being packed with probiotics, zaub qaub “is one of the most iconic Hmong dishes,” as kimchi is to Koreans, Vang said. “When I eat it, I’m partaking in the history of our people. The flavor I’m eating is the same flavor my great-great-grandmother ate on the hills of Laos.”