The dangers of tractor-trailer accidents in North Carolina 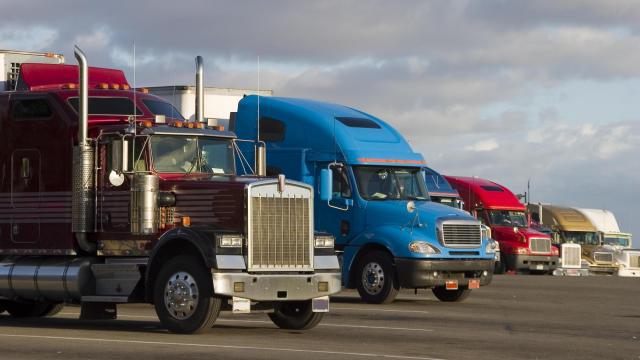 The scene of a tractor-trailer accident can be overwhelming to onlookers, often involving multiple vehicles, overturned cars, fire, ambulances and more. While most hope to never observe one, the likelihood that you will is relatively high.

According to the United States Department of Transportation, 450,000 crashes involving large trucks were reported in 2017, with 344,000 involving injuries and 4,237 involving fatalities. In North Carolina alone, there were 14,802 large truck crashes in 2017. Nearly 150 people were killed in those accidents, and thousands were injured.

Large trucks are classified as trucks with a gross weight of more than 10,000 pounds by the Federal Motor Carrier Safety Administration and include double-wides, semi-trailers, tractor-trailers and other sizable varieties.

Tractor-trailers are vital to the economy in the U.S., transporting goods all over the country, but these vehicles pose serious risks to drivers and passengers on roadways due to their size alone. Their cargo, which may be flammable or toxic, can also increase crash severity, as can the state-of-mind of truck drivers, who often work long hours and log miles to the point of exhaustion to meet quotas.

Tractor-trailer accidents are complex events, but an analysis from the Federal Motor Carrier Safety Administration revealed causation lies in the hands of the driver 87 percent of the time, with the truck and the environment to blame for just 10 percent and 3 percent of crashes, respectively.

Regardless of the reason for a crash, it can result in serious injuries and fatalities for drivers, families and passengers simply going about their morning commutes in the Research Triangle or headed to the North Carolina coast.

Individuals and families who fall victim to tractor-trailer accidents can seek justice under the purview of personal injury law. However, tractor-trailer cases can be difficult to navigate, often requiring accident reconstructionists, strict deadlines and complex laws related to trucking companies.

Attorneys can help victims strengthen their positions and increase the likelihood of winning by looking into all avenues of compensation, gathering eyewitness statements and police reports, and involving an investigator to gather evidence like tire impressions, roadway conditions and skid marks.

"It's absolutely crucial to get to the incident scene as soon as possible," said Dail Owens, senior investigator at Riddle & Brantley law firm. "There are so many things related to truck inspection, so the sooner we can get there, the better. We can find things that might not be right on the truck. If it's been there too long, it may have been moved, and there's no telling what's been done or what evidence you might've lost."

Owens typically visits the scene of the accident within a couple of days, if not hours, documenting by pen and photograph everything from roadway conditions and gauge marks, to signage, road damage and low shoulders.

"Anything that could help pinpoint exactly what happened, that's basically what you're trying to do. You're acting as a reconstructionist trying to put things back to how it happened," he said.

Once Owens has gathered evidence, he presents a written summary to the case manager at Riddle & Brantley, using his 26 years of experience as a highway patrolman to highlight the most critical findings. The evidence he gathers often proves crucial in Riddle & Brantley clients' cases.

In one case Owens worked on, he discovered an onboard video camera in the tractor-trailer that proved the driver was at fault. In other cases, the evidence is more complex.

Another notable case handled by the firm occurred in 2017 when a family of four was rear-ended and killed by a tractor-trailer on a North Carolina interstate in an accident involving several vehicles. The family, who personally knew one of Riddle & Brantley's attorneys, contacted the law firm quickly.

"That was the one that I probably spent the most time on, because we actually got the 911 records and called everyone that had called in," Owens said. "There were quite a few people to talk to to hear what they saw and what happened."

Riddle & Brantley was able to secure $9.45 million in compensation as part of two separate settlements, thanks to the details gathered by Owens and the work of a team within the firm.

It should be noted, however, the results of the case do not guarantee a similar outcome, and they should not be construed to constitute a promise or guarantee of a particular result in any particular case. Every case is different, and the outcome of any case depends upon a variety of factors unique to that case.

"Every detail is important. Don't fail to mention something you think isn't important; everything is important to help the investigator determine exactly what happened," Owens said. "In my job, details are the most important part."