Apple's coronavirus warning was a foreshock for earnings. But investors shouldn't freak out just yet 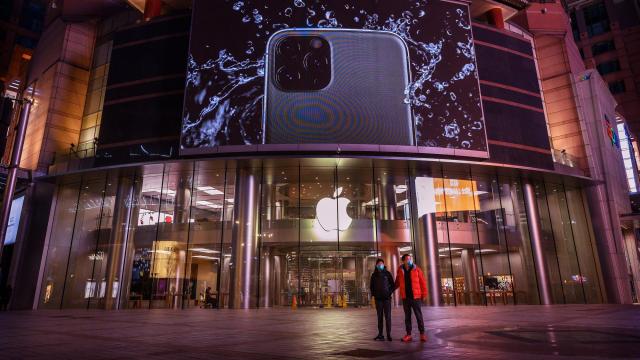 CNN — Apple's surprise warning that it won't meet its first quarter revenue guidance because of the coronavirus sent tremors through global financial markets. Investors awoke Tuesday to the idea that other companies with exposure to China might not meet their first quarter earnings expectations, either.

The billion dollar question: Is the financial fallout from coronavirus a short-term problem or a longer-term trend?

It's hardly surprising that a company as heavily reliant on producing and selling in China would feel the impact of the outbreak. But Apple's announcement was significant because the trillion dollar firm is the first major US business to specifically notifiy its investors that it will take a hit. The company said the outbreak is hurting both its production and sales in China more than previously expected.

In response, US stocks kicked off their shortened Presidents' Day week Tuesday in the red, with the S&P 500 down 0.4%. Apple's announcement overshadowed news of a slowdown in the rate of new virus cases and more government stimulus measures to prop up China's markets and economy.

The announcement was a timely reminder that the next earnings season could be painful, as investors brace for more companies to make similar projections. Consumer brands such as Under Armour and Canada Goose, have already issued warnings that the outbreak will hurt their bottom line.

Food and beverage companies like McDonald's and Starbucks are also likely to feel some pain after closing stores in China to limit the spread of the virus.

Both the supply chain and end markets for the semiconductor industry are likely affected by the outbreak, so investors are curious to see if companies like Intel or Nvidia may be the next to provide some guidance.

"I'm really interested to hear from some of the chip makers," said Kinahan.

Semiconductor companies led the best performing stocks last year, even though their big exposure to China made them vulnerable to the US-China trade war. This year, the coronavirus outbreak has replaced that concern, Kinahan said.

For some American companies, the obstacle is in their supply chain rather than their end market. Those businesses can fall back on their existing inventories for now, but at some point that buffer will run out, said Glenmede Trust Company's investment strategy team in emailed comments.

Meanwhile, retail giant Walmart, which reported earnings on Tuesday, didn't provide any guidance about any financial effects from the outbreak, saying it expects a strong 2020.

Amid all the uncertainty, investors would be wise to remember that earnings estimates for the first quarter and the full year are running ahead of the historical trend, according to Credit Suisse chief US equity strategist Jonathan Golub. Even if companies miss estimates, it doesn't mean their earnings will fall off a cliff.

For now, the coronavirus impact is expected to be a one-quarter phenomenon that will have little impact on the broader US economy. Economists at BMO estimate the US GDP growth at an unchanged 1.8% in 2020, albeit with growing downside risks.

"While trying to gauge the impact of the iPhone miss and potential bounceback in the June quarter will be front and center for the street, we remain bullish on Apple for the longer term 5G super cycle thesis," he wrote in a note.