Her Cancer Surgery Was Canceled at a Hospital Bracing for Coronavirus 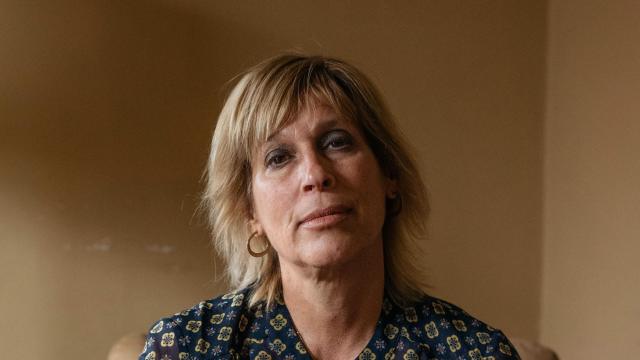 SEATTLE — Alison Krupnick was mentally preparing herself for the surgery set for early in the coming week that could eliminate her early-stage cervical cancer. But on Friday, she got word from the hospital: Because of the crush of coronavirus patients, her surgery was being called off.

Krupnick was left feeling as if a time bomb was inside of her, and no firm word on when her surgery would be rescheduled.

“I’m mindful of the greater good and understand we’re all suffering and there’s a world of need and a hierarchy of need,” Krupnick said. But, she added, she could not help but worry about the risks that might come with waiting.

As hospitals face rising coronavirus caseloads and are preparing for the possibility that a worsening outbreak could overrun the health system, hospital administrators in some of the hardest-hit areas, in Seattle and in New York, have begun canceling elective surgeries to focus on the highest-priority cases.

Their goal is to preserve resources — from hospital beds and protective gear to nursing and doctor time — to prepare for what could become a deluge of coronavirus cases.

“We recognize based on current data that our local COVID-19 trajectory is likely to be similar to that of Northern Italy,” read an email one hospital in the Seattle area sent to its surgeons. “While our supplies may be sufficient today, we are practicing the responsible allocation of those resources that will be necessary to continue our care into the future we have yet to see.”

The hospitals are following new recommendations from the Centers for Disease Control and Prevention advising hospitals in and around Seattle, New Rochelle, New York, and Santa Clara, California, which have seen the most serious outbreaks, to cancel elective procedures. The guidelines said hospitals in Florida and Massachusetts should consider doing the same.

On Friday, the American College of Surgeons recommended that every hospital, health system and surgeon in the country review the necessity of each elective procedure they have scheduled. “Time is of the essence,” the guidance said.

Surgeries that have been postponed so far include hip and knee replacements, ACL reconstruction and pediatric apnea surgery. “The gray area are the cancer patients,” said Dr. Arooj Simmonds, co-executive medical director of surgical services at Swedish Medical Center, which operates several hospitals in the Seattle area.

Simmonds said slow-growing cancers, like prostate and cervical cancer, were more likely to be delayed. On Friday, the first day of widespread deferrals, Swedish Medical Center performed about 20% as many surgeries as is typical, she said.

Doctors at EvergreenHealth, whose hospital in Kirkland has borne the brunt of the epidemic like no other in America, canceled more than 30 procedures planned for Friday alone.

The hospital saw the new CDC guidance late Wednesday night, said Mark Freeborn, the chief surgeon. The next morning at 6:30 a.m., a committee of doctors who work on surgeries convened. By 9 a.m., they finalized the decision to delay elective surgeries and began developing their protocols and notifying surgeons.

The committee, which had been meeting regularly since the outbreak began, said its decisions were driven by the need to protect resources, like the protective gear that medical staff need to keep from getting infected. But the doctors also wanted to limit the medical and support needs that patients regularly require after surgery, Freeborn said.

Some people develop infections or have poor reactions to anesthesia, which all require care from the kind of medical professionals who are busy treating patients who have tested positive for infection with the coronavirus.

An older person who has a total hip replacement may need to recuperate at a skilled nursing center — institutions that have been hit hard by the coronavirus. “As you can imagine, in this time, that’s probably not the best thing for that patient,” Freeborn said. “There are a lot of downstream consequences of these decisions to either proceed or, in our case, not to proceed.”

If physicians at EvergreenHealth believe a surgery should still occur, they could appeal to a panel, which aims to decide in 30 minutes.

Kim Dammann, 45, was scheduled to have surgery to repair her Achilles tendon on Tuesday at a Seattle hospital, but on Friday she got an email saying it would be delayed.

“It is not voluntary surgery, but I guess it is not critical enough to do now,” she said.

If she cannot get the surgery, she may need to wear a cast for several months instead so the connective tissue does not tear entirely. With a cast on her right foot, she may not be able to drive to work at the hospital. People across the country have begun reporting delays in getting access to medical care. A woman in San Jose, California, said her surgery had been canceled. A man said his father was notified that his planned lung cancer surgery in Boston, set for Monday, was going to be canceled. Later, he said, his father was told that the hospital had decided to do the surgery after all.

Many transgender people expressed worry on social media that surgeries they had long looked forward to would be canceled. “Really worried my top surgery will get canceled among the coronavirus stuff,” Rachel Davis, a woman in Colorado, posted on Twitter. “It’s most of what’s keeping me going right now.”

Even some hospitals that are not treating coronavirus patients, or are treating very few, were nonetheless halting procedures. Seattle Children’s Hospital, which had not admitted any coronavirus patients as of Saturday, said it was doing so in part in order to preserve its protective gear.

“As of now, we have not seen a dramatic impact on capacity,” said Dr. Jeff Sperring, the hospital’s chief executive. He said he was on daily calls with adult hospitals and had discussed transferring younger patients they might have under their care. He said his hospital might admit more young adults to relieve the pressure on general hospitals.

Cassie Sauer, chief executive of the Washington State Hospital Association, said hospitals should not bear the sole burden of rationing protective equipment. Dental offices and outpatient surgery centers also use gear that could be redeployed, she said. “We would like this to be a community standard,” she added.

Sauer said that hospitals had tried to think about the psychological effect of postponing surgeries. “If I have cancer, and I don’t get the cancer removed, I think the mental health impacts of that could be pretty dramatic,” she said.

Krupnick said she had not been told how long she would have to wait for her surgery.

The medical staff said she had time, perhaps a few months, before the risk to her health would grow. She hoped they were right.