The Colts Neck, N.J., Killings: What We Know So Far 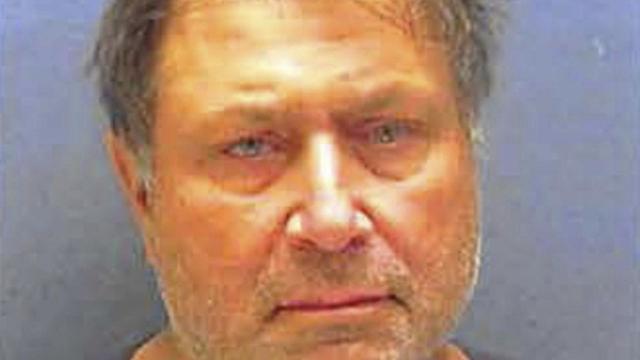 Four people killed. Two suspicious fires. While many people were busy with the Thanksgiving weekend, a dramatic case in suburban New Jersey grew clouded by more questions than answers.

Keith M. Caneiro, 50, and his wife and children were found dead at their large home in Colts Neck, New Jersey, two days before the holiday. The mansion had subsequently erupted in flames that took firefighters hours to extinguish. Hours earlier, the nearby home of Paul J. Caneiro, Keith’s brother, had also been set ablaze, law enforcement officials said.

By the next day, the police had arrested Paul Caneiro, 51, accusing him of setting his Ocean Township house on fire while his wife and daughters were inside.

As law enforcement officials continued to investigate the killings and fire in the affluent enclave of Colts Neck, funeral services for Keith Caneiro and his family — his wife, Jennifer Karidis Caneiro, 45; their son, Jesse, 11; and their daughter, Sophia, 8 — were scheduled for this Sunday.

Paul Caneiro, meanwhile, is due in court Wednesday. His lawyer said Caneiro was innocent of the aggravated arson charges and the “potential charges,” saying his client was at home when his brother was killed and the Colts Neck house set on fire.

The apparent connection between the two cases and the continued investigation have raised wide interest. Here are the facts that have been established so far and the questions that remain unanswered.

— Firefighters and police officers responded to reports of a fire at Paul Caneiro’s home, at 27 Tilton Drive in Ocean Township, about 5 a.m. Tuesday. The responders put out a blaze at the back of the house and a smaller one on an attached garage door, according to the Monmouth County district attorney’s office. There were no injuries.

— About 12:30 p.m. that same day, firefighters responded to reports of a house fire at 15 Willow Brook Road in Colts Neck. When they arrived, they found the bodies of Keith Caneiro and his family.

— Keith Caneiro was found shot to death outside his home, the Monmouth County prosecutor, Christopher J. Gramiccioni, said Wednesday. The bodies of Jennifer Caneiro and the two children were inside the burning house, but the prosecutor said they did not die in the blaze.

— Paul Caneiro was charged Wednesday with setting two fires at his house while his wife, Susan Caneiro, and two adult daughters were inside. According to a charging document, he is accused of using gasoline to set those fires.

— Paul Caneiro’s lawyer, Robert A. Honecker Jr., said Thursday that his client had not committed the crimes, adding that Paul Caneiro’s wife and daughters believed he was innocent.

— Paul and Keith Caneiro were brothers and business partners who appeared to have close ties. The men co-owned a technology consulting firm and a pest control firm that were in the same building in Asbury Park. Their business relationship dates back to the 1980s, when Keith started a technology company and hired Paul as his first employee, according to a 2001 profile in the Asbury Park Press. The company was named Jay-Martin Consulting, which derived from the middle names of the brothers.

— Their parents, Sherry and Cesar Caneiro, are alive, according to Keith’s obituary. They also have a younger brother, Corey Caneiro, who also lives in Monmouth County and who has not publicly commented on the deaths.

— Jennifer Caneiro graduated from the University of Albany and was active in the parent-teacher organization in Colts Neck, according to her obituary. On Monday, her family released a statement in which they said, “Our family is mourning the loss of a beautiful, loving daughter and sister, a wise and generous son-in-law and brother-in-law and two precious, innocent, wonderful children.”

— Jesse and Sophia Caneiro attended Conover Road Elementary School in Colts Neck, where he was in the fifth grade and she was in the third, according to their obituaries.

What We Don’t Know

— A suspect has not been named in the deaths of Keith Caneiro and his family, and no motive has been provided for the killings or the fire in Colts Neck.

— While officials have said Keith Caneiro was found with gunshot wounds, they have not said how Jennifer Caneiro and the children died. It was not clear whether their autopsies had been completed, and Gramiccioni said last week that their bodies were burned severely, which may impede the investigation.

— Prosecutors have not stated what evidence led them to charge Paul Caneiro with arson. They have also not released a possible motive.

— As officials were investigating both fires, they were also trying to determine if they were connected, Gramiccioni said. Officials have not publicly stated whether they believe the events are linked.

— Paul Caneiro has not been charged in connection with the deaths or fire in Colts Neck, and prosecutors have not said whether he is a suspect or person of interest in the killings.