The Caravan Is Still Coming. But Since the Midterms, Trump Shrugs. 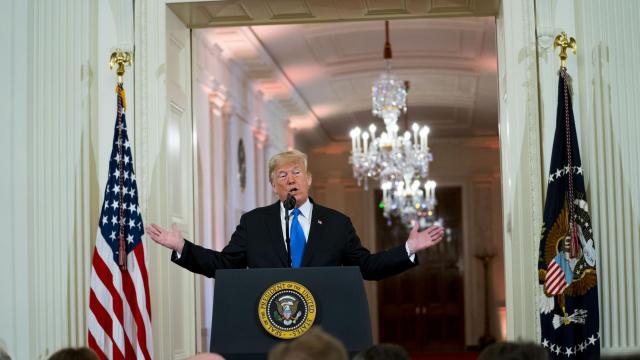 WASHINGTON — For weeks before the midterm elections, President Donald Trump warned ominously about the threat from a caravan of migrants streaming from Central America toward Mexico’s border with the United States. It was a fearsome mix of criminals and “unknown Middle Easterners,” Trump claimed darkly, one that constituted a genuine national emergency.

But since the election last week, Trump has tweeted about the caravan exactly once — to issue a proclamation preventing those who cross the border illegally from applying for asylum in the United States. Fox News, which faithfully amplified Trump’s warnings about the migrants, has gone similarly quiet on the subject.

There was little dispute, even before Election Day, that Trump was exploiting the caravan for political purposes. But analysts, historians and veterans of previous administrations said there were few comparable instances of a commander in chief warning about what he called a looming threat, only to drop it as soon as people voted.

While the caravan has faded from television screens, the costs of Trump’s response to it have not. Nearly 6,000 active-duty troops remain deployed from the Gulf Coast to Southern California, where they are putting up tents and stringing concertina wire to face a ragtag band that is still not near the border.

“Now that the political utility of troops on the southern border to face a fictitious caravan invasion threat is over,” said Adm. James G. Stavridis, a former commander of the military’s Southern Command, “let’s hope the president will stand down the troops so they can be with their families — especially over the holidays.”

But some officials in the Defense Department worry that Trump could do the opposite — seek an exception to the Posse Comitatus Act, the 1878 law that prohibits the government from using active-duty troops to enforce laws inside the country’s borders.

As pure political calculation, analysts from both parties said that seizing on the caravan mobilized Republican voters, dramatizing immigration in a way that resonated with Trump’s political base. But it is far less clear that the dire warnings helped Republican candidates with independents or other late-deciding voters.

In some places like Arizona, where the Democratic Senate candidate, Kyrsten Sinema, narrowly beat her Republican opponent, Martha McSally, analysts said the caravan might actually have backfired. McSally echoed Trump’s language about the coming wave of migrants, calling it a “public safety and national security issue.”

David Axelrod, a former aide to President Barack Obama, said on Twitter, “The president’s calculated histrionics about the caravan, about which we have heard very little since Election Day, may have sunk the @GOP in AZ.” In exit polls, voters who made up their minds in the last three days before the election said they voted for Democrats over Republicans 53 percent to 41 percent. That coincides with the period in which Trump redoubled his focus on the caravan, rejecting the advice of aides who wanted to air a commercial promoting the healthy economy.

Exit polls did not contain a specific question about the caravan. But they did show that voters who made up their minds in the final week of the campaign, before Trump’s last-minute push, chose Democrats over Republicans by a narrower tally: 49 percent to 48 percent.

Privately, Republican pollsters pointed to the fact that their party had picked up just three of 10 Senate seats held by Democrats as evidence of the ambiguous effect the caravan crusade had on Republicans.

A day earlier, he tweeted about the “assault on our country at our Southern Border, including the Criminal elements and DRUGS pouring in.”

Trump posted footage of an unauthorized immigrant on trial for killing a police officer, and his campaign organization produced an ad featuring migrants trying to scale a wall to dramatize the stakes of the election.

“I’ve never before seen an American president, after going all over the country about this national crisis, then the day after an election shrug,” said Douglas Brinkley, a presidential historian at Rice University.

The closest parallel that Brinkley drew was to President Lyndon B. Johnson, who seized on — and mischaracterized — two murky encounters between U.S. and North Vietnamese warships in the Gulf of Tonkin in 1964 as a pretext to accelerate America’s engagement in the Vietnam War. Still, he said, Trump’s response was of a different order.

“It was a dangerous form of xenophobia, aimed solely for electoral purposes and had nothing to do in the end with real national security,” Brinkley said.

For the troops, so far, it has mostly been an expensive field trip. The cost of the deployment is not known, but budget officials believe it could reach $200 million if all 15,000 troops that Trump pledged are ultimately sent.

Defense Secretary Jim Mattis said on Tuesday that the Pentagon was “capturing” the expenses daily and would update the public when he knew the total cost. On Wednesday, Mattis plans to meet with soldiers at Base Camp Donna, the forward operating base built over the last month near the Rio Grande. Mattis said there had been no change to the mission; the troops were not receiving extra combat or hostile-fire pay. His visit, a defense official said, is meant to be low key and reminiscent of his days as a Marine general, when he could meet front-line troops with little fanfare.

Living conditions at Base Camp Donna are spare, but since its construction this month, the Army has added showers and a larger living area aside from the initial allotment of tents.

Defenders of Trump said the troops would take little notice of his sudden lack of emphasis on the caravan.

“Knowing the troops, knowing how busy they are, they’re not focused on him,” said Jack Keane, a retired four-star general who is a former vice chief of staff of the Army. “They’ve got a job to do.”

But other former military officers said the soldiers were well aware of the political motivation behind their mission. Lacking much else to do, they will quickly pick up on Trump’s loss of interest in the caravan, and it will add to their already depleted morale.

“Having spent months in the desert with nothing to do, at least we had scorpions to have scorpion fights with,” said John A. Nagl, a retired Army lieutenant colonel who served in Operation Desert Shield in 1990 and 1991.

“But we had a real mission,” he said. “These guys don’t have that.”