The Best and Worst of the Golden Globes 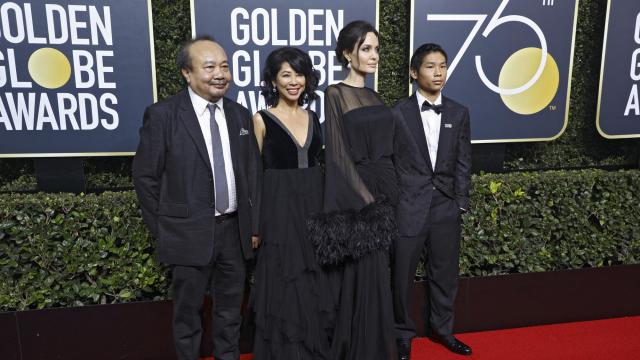 The Golden Globes on Sunday night were the first major awards ceremony to be held since the sexual harassment accusations against Harvey Weinstein were revealed. You could almost draw a direct line from #MeToo and Time’s Up (the anti-harassment initiative sponsored by powerful Hollywood women) to many of the evening’s most memorable moments — like Oprah Winfrey’s acceptance speech and Natalie Portman’s presenting of best director. Here’s a look at those and other highs and lows of the night:

The Most Electrifying Speech (and Reaction)

All hail Queen Oprah. Her acceptance speech for the Cecil B. DeMille lifetime achievement award brought the house down and then some, not just as the most rousing speech of the night (among many calls to arms) but also as the instantly iconic address of the Time’s Up and #MeToo movements.

Few if any people blend the personal and political as well as Winfrey, and she wove together stories of her childhood, watching Sidney Poitier win an Oscar in 1964 while her mother, “bone-tired from cleaning other people’s houses,” watched. She traced her own career rise, and praised journalists for unearthing stories of corruption and abuse.

“What I know for sure is that speaking your truth is the most powerful tool we all have,” Winfrey said, as she settled into a preacher’s rousing cadence. She recounted the story of Recy Taylor, a black woman who was raped in 1944 and whose white assailants were never charged. “For too long, women have not been heard or believed if they dared to speak their truth to the power of those men,” Winfrey said. She paused, just for a moment. “But their time is up.” The audience broke into applause. “Their time is up!” The audience rose to its feet. “Their time is up!”

But that wasn’t the end of the speech. Winfrey closed by proclaiming that “a new day is on the horizon,” and envisioning “a time when nobody ever has to say, ‘Me too,’ again.” She delivered those lines over rapturous cheers and applause. Imagine if every awards ceremony had a speech like this.

Even before the Globes began, an acting challenge of sorts was on display: watching Ryan Seacrest and Giuliana Rancic do their part for #WhyWeWearBlack and try to pivot from clothes to crises during their “E! Live from the Red Carpet” show.

Rancic and Seacrest had pledged to not ask their guests who they were wearing, but rather why they were wearing black. It sounded like a promising approach, though it was undermined, somewhat, by the continued presence of the E! Glambot, a gadget that creates a wholly unnecessary slo-mo 360-degree view of outfits, and that could really have done with a new name, if the network had actually been thinking things through.

The piercing replacement questions Seacrest and Rancic came up with also didn’t really advance the cause. Samples: “What were your New Year’s resolutions?” (Seacrest to Neil Patrick Harris.) “What are some strange secret talents you have?” (Rancic to the cast of “Stranger Things.”)

And while the hosts dutifully tried to discuss the issues, they didn’t seem to really know what to do with the answers from the boldface names. Especially when stars like Debra Messing and Eva Longoria both called out E! itself, siding with Catt Sadler, who quit her E! hosting job a few weeks ago because, she said, her male co-star was being paid nearly double her salary. Neither Rancic nor Seacrest wanted to go near that one.

The Host With the Most Thankless Job

Seth Meyers pulled off one of the trickiest feats in awards show memory: an opening monologue that was not too glib but not too preachy, funny but not out of touch, self-effacing without veering into humble-braggy. Not every single line worked — sorry, joke about “Get Out” said to Daniel Kaluuya — but let’s call 90 percent an A.

The Sharpest One-Liner of the Night

Portman adding “all male” while announcing the best director nominees was the most succinct and among the most cutting criticisms of the entertainment industry. You don’t have to be Oprah to get in the ring.

The Quickest Reaction to the Sharpest One-Liner

Many of the actresses at the ceremony had signed on to the Time’s Up initiative, and their unity was most evident in a moment the cameras didn’t catch. It was just after Portman announced “the all-male nominees” for best director. In the audience, Kerry Washington, the “Scandal” star, pumped her arms and gave a high-five to Eva Longoria, sitting next to her. I asked Longoria how she was feeling Sunday night, and she said, “Amazing — so proud.”

The Least Said (by Men Who Didn’t Speak Up)

Women had plenty to say about harassment and their struggle for gender equality, but men were mostly silent. Meyers was a notable exception, acknowledging that a white man may not have been the ideal host for the moment but filling his monologue with enough self-deprecation and righteous barbs to ease any concerns. Otherwise, men almost entirely clammed up on the subject, with the loudest statements they made coming in the form of fashionable pins. For those watching at home, it was easy to think: Yet again, the women carry the burden.

Sterling K. Brown, a star of “This Is Us,” gives wonderful acceptance speeches, and if his recent winning streak is any indication, we have more to look forward to. “Throughout the majority of my career I’ve benefited from colorblind casting,” said Brown, the first African-American to win a Golden Globe for best actor in a TV drama. Then, addressing the creator of his show, he said, “Dan Fogelman, you wrote a role for a black man. That could only be played by a black man. And so what I appreciate so much about this thing is that I am being seen for who I am and being appreciated for who I am. And that makes it that much more difficult to dismiss me, or dismiss anybody who looks like me.”

Kelly Clarkson and Keith Urban singing “and the Golden Globe goes to” in harmony? Cute! Just a cute little thing to do.

The Unlikeliest Appearance on an Awards Show Stage

A best actor win stemming from one of the worst American movies? At the Golden Globes, anything is possible. James Franco picked up best actor in a musical or comedy for his performance in “The Disaster Artist,” playing Tommy Wiseau, the director of the very bad, very cult film “The Room.” But it was Wiseau who stole the show (or at least tried to). Franco invited the director to the stage with him. Wiseau went in for a hug, then went straight for the mic, but he was quickly pushed aside by the actor. It may be as much of the awards spotlight as Wiseau is likely to see.