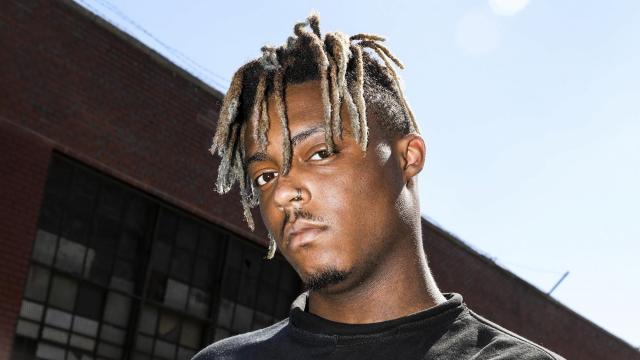 From indie-rock singer-songwriter Sophie Allison, who records as Soccer Mommy, comes a ferocious howl of an album that captures the tension just as the fear of internal collapse gives way to newfound strength. These songs are damp with derision, regret and desire, but never uncertainty.

The year’s most promising pure pop album is from a painstakingly detail-oriented, emotionally wrenched, melodically ambitious soul and funk savant who’s just now, a couple of years into his run in the limelight, learning how to squeeze the most arresting of sentiments from the rawest of arrangements.

The pop-punk of 2018 is hip-hop, and Juice WRLD is its best brat. On this album, he’s a lost soul — a victim of others and also himself — who’s never at a loss for melody.

A double album that captures all the essential Drake modes: indignation, flirtation, celebration and more indignation. No one is better at internal narrative continuity than Drake, which is why he has the ability to make an album that’s utterly current while effortlessly blending with the Drake of yesterday.

The children of Young Thug are alive and thriving — beautiful, abstract singer-rappers peddling street-corner psychedelia. Lil Baby is wiry and rough-edged, while the elegant Gunna verges on new age.

Lean, sinewy, blues-inflected country music from a singer with a voice that’s thick but nimble. The still beauty in her singing is impressive, but her easeful storytelling feels practically radical.

Broken records for a broken year. For more than a decade, Kanye West has released albums that shifted and reframed pop culture, making bold propositions about hip-hop’s dissolving boundaries. These albums are smaller than that — plangent ruminations that demonstrated that even amid all the tumult, not all of his instincts abandoned him.

Cardi B, who arrived at rapping after stints of Instagram and reality-TV fame, isn’t much beholden to tradition, or to one particular version of herself. So what’s thrilling about this album is its variety — you hear her working through who she might become in real time, a quick study already leapfrogging to the front of the class.

As the Weeknd has reached for the pop stratosphere in recent years, he’s shed some of the scar tissue that made his earliest music so transfixingly unsettling. This between-albums EP demonstrates that he hasn’t lost those abrasions.

Listening to Pusha T rap is like watching a skyscraper get built one steel girder at a time: Every step is carefully programmed, every angle is crisp, and the sum total effect is overpowering.

Hardcore that pummels locally and reaches across the aisle.

7. ASAP Rocky and Tyler, the Creator

“I Wanna Be Your Girlfriend”