The behemoth in Cary: Family's pumpkin close to 700 pounds and isn't done growing yet 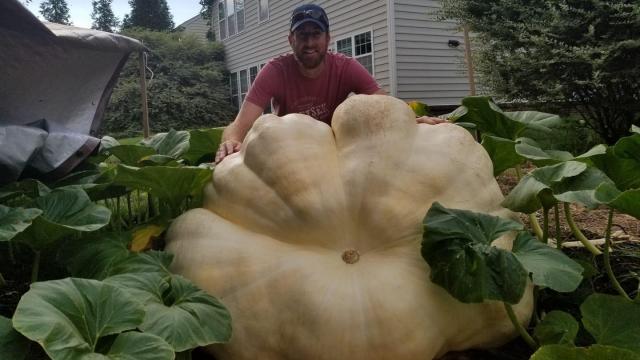 "It's been a hoot of a project, and we're not done yet," Mark Peacock explained.

Peacock says he's been growing what he describes as 'crazy stuff' for years.

He previously held a Guinness World Record for the world's hottest chili before the Carolina Reaper came around. Then, he and his family tried to grow the world's tallest sunflower.

When his son Daniel's class had an assignment to grow pumpkins, Peacock decided to take it one step further and try to grow a giant one.

"I bought a seed that was supposed to get to 500 pounds," he said. "We grew it, and then it was just research away. We did lots of research online and learned what to do, what not do do." 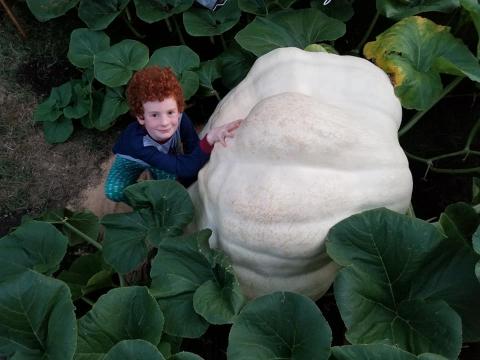 The Peacocks planted the pumpkin's seed in early March, when the coronavirus outbreak first began. Since then, it's become a project for the family while staying at home.

"I've had the whole family out there, everyone's been trimming flowers and fertilizing and watering," said Peacock.

Peacock says he expects the pumpkin to start running out of steam in the next couple weeks. 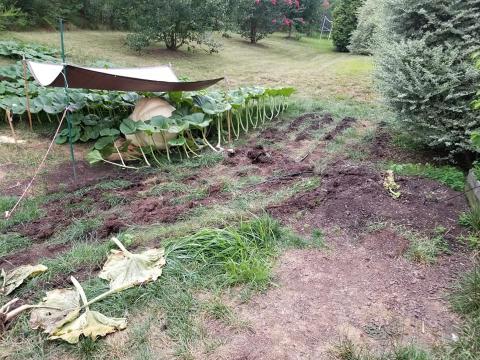 For now though, the pumpkin is continuing to surprise the Peacock family with its growth.

Once the pumpkin is done growing, Peacock said he isn't sure what's next for it.

"I've had colleagues say 'Let's make the biggest batch of home brew pumpkin ale in the world.' I've had other people say 'We could turn it into a boat and have a race.' Apparently they float."

"If there's a local business, like a pumpkin patch, we'd be open to something like that," he said.

The pumpkin isn't the only vegetable growing in the Peacocks’ backyard. The family is growing corn, tomatoes and even a pepper Peacock said is called the 'Apocalypse Scorpion.'

He said it's possible for anyone with an internet connection to get into growing crazy things.

"If you follow the rules and the way to set your plant up, and read everything you can, it's amazing what you can do," he said.