The art in reinvention: collaborate, cooperate 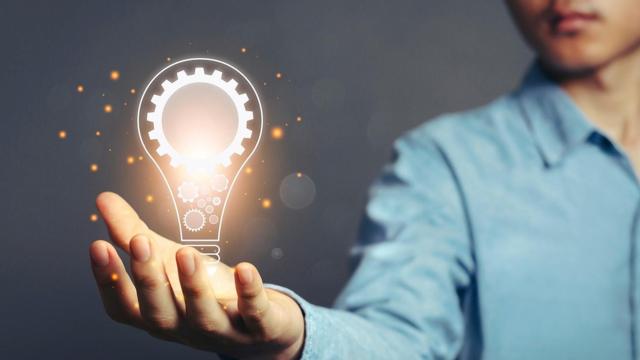 People and communities fail or succeed for a primary reason - it is in their response to what’s required, their ability to adapt and transform. The ability to be nimble, change with the times, and proactively disrupt the status quo drives our livelihood. There is not a time more certain of this reality and its relevance than the present. When we rest on prior success rather than purposeful transformation, we fail - we discover too late the impact of external forces and need for resiliency.  We witness this very truth throughout every aspect of our daily lives, at work and at home - a need for reinvention.

Transformation demands an ongoing process and dedication to discovery and imagination. While there are inevitable periods of discomfort as we face the new, it is not something to fear. We do not give up our former selves; we simply add a new dimension to what is… keeping us guessing.  The Triangle is a place built on adaptation; reinvention is central to the framework woven into every aspect which has built our local community and consequently the foundation of our success.

In work and life, it’s proven time and again that collaboration and cooperation lead to invention, reinvention and ultimately advancement. The Triangle area is no novice in the art of reinvention. In the 1950s, North Carolina was in crisis, ranking 49th in the nation in per capita income.

The state economy was dependent on tobacco, textiles and furniture - industries which experienced significant decline following World War II. University graduates were leaving the state in droves searching for better jobs and greater prosperity than North Carolina was thought to afford them. The Governor at the time, Luther Hughes, and leaders of business and industry imagined the creation of an engine to fuel the future economy in a research park.

With cooperation from Duke University, North Carolina State University and the University of North Carolina at Chapel Hill, they collectively decided upon geographic boundaries - today made up of 7,000 acres housing hundreds of companies - that would equitably position the investment of their intellectual and financial capital.

The Research Triangle Park (RTP) as it became coined was the second university research park of its kind in America (Stanford’s was the first), and it was the first of its kind where area universities collectively commercialized technology. While it wasn’t first, today, it is the largest and considered by many to be the most successful research park, quickly becoming a model replicated by others. The leadership and collaboration across public and private sectors which made RTP possible sparked critical revitalization across the region and, with Raleigh being the seat of the state capital, great benefit to the area locally, helping to move initiatives forward within the larger community.

RTP quickly became a prominent figure in the regional economy. Its success as an engine of economic growth is evidenced in numerous metrics, among them the growth of average incomes across the Triangle since its creation. By attracting businesses of similar fields to RTP, specifically information technology and life sciences, our area effectively became an agglomeration economy - networked together by efficient information sharing and innovation - benefitting from labor pooling, data flow and access.

Forty-five percent of all firms in RTP are involved with biotechnology or life sciences; healthcare and education are two of the fastest growing industries locally. The Triangle is also the 4th largest life sciences hub in the US, only behind Boston, San Francisco and San Diego. The effects of this in the greater 13-county Triangle area are significant.  Forty-seven percent of the workforce holds a bachelor’s degree or higher, well above the national and state averages, 36% and 26.5% respectively.  For each college degree holder in an area, the overall income average increases.  As they say a rising tide lifts all boats. We are a ‘smart’ market by comparison nationally.

Of the founding organizations which called RTP home, IBM was one of the first and today among the most recognized institutions still found there. Its 600,000 square foot research facility was announced in 1965. This news immediately catapulted RTP to a place recognized for untapped talent boasting university presence and an affordable cost of living.

In the first few decades, numerous other large firms set up camp in RTP, and by the 1990s, the entrepreneurial spirit with which RTP was invented activated a shift toward innovation and collaboration among start-ups which began flocking to the area. Continuing its inventive thinking, RTP announced in 2014 they would transform the park with “innovation nodes”, areas where workers live, work, play and visitors can interact, engage and be inspired by technology. 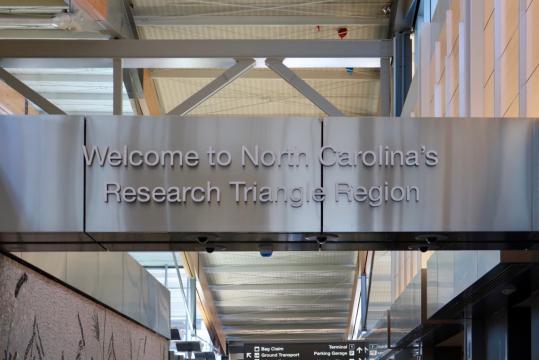 A California think-tank, the Milken Institute, identifies Raleigh as a “magnet for talent” and attributes our high-tech industry presence to maintaining a stable share of influence over the local economy and steady growth. A highly-educated workforce also means the Triangle region has a booming, brainy start-up scene, and RTP has helped influence a number of other area initiatives to support new growth and innovation. North Carolina State University created its own 1,000 acre research park which houses over 70 corporate, government and non-profit partners on what’s been deemed ‘Centennial Campus’.

Downtown Durham has also become a cultural and entrepreneurial hotbed, having created the ‘American Underground’, an incubator for over 250 high tech start-up companies. A number of entrepreneurship programs and angel networks, among them Bull City Venture Partners, Co-founders Capital, Triangle Angel Partners, and the Triangle Venture Alliance, provide seed capital from investors and institutions to support these young innovators and area graduates in developing new businesses. Even among those in RTP, more than half of all firms have fewer than 25 employees.

David Welsh, cofounder of the Triangle University Fund (TUF), which deploys capital through the three area university angel networks notes, “The Duke Angel Network, Carolina Angel Network and Wolfpack Investor Network are among the top 10 most active of its kind in the U.S. helping to fund their graduates with investments from alumni members.”

Local colleges and universities have aided the Triangle’s success and benefit from one another’s presence, not only in the creation of RTP, but in making higher education a cornerstone of the region. Well over 100,000 students are enrolled in the area’s colleges and universities, conferring over 20,000 degrees and more than 5,000 students graduate with STEM degrees each year. The area also holds the highest number of PhDs per capita in the U.S.

We have unparalleled lifelong learning and partnership opportunities across area business and educational centers - constantly cross-pollinating and reinventing our cultural foundation. Our secondary education institutions include:

The Triangle region - a reinvention city - has transformed itself into a highly educated technological hub. Regarded for its talent pipeline, the area continues to attract and retain leadership and talent in science, research, technology and business that RTP sought to establish in the 50s.

In 2016, the Dell Future Ready Economy list ranked us among the top 10 in the nation - area cities expected to grow more compared with others in the coming years. Devised as a tool for cities to use in gauging their preparedness for future growth, this metric considers the ability to attract people engaged in lifelong learning, cultivate businesses that thrive in collaborative environments and create an infrastructure that encourages engagement and innovation.

It is human capital, a key pillar of a Future Ready Economy, that allows cities to reinvent themselves, adapt to economic change and embrace opportunities in entrepreneurship, education and technology. We create the policies and strategies that enable our region and the people who reside in the Triangle to prosper, achieve strong economic and cultural well-being for a shared positive future.

Since its establishment, the mission of RTP has been to facilitate collaboration, cooperation and a positive economic impact for the citizens of North Carolina, and it comes as no surprise that the region has benefitted. And while things are constantly changing - this year, we will live through another presidential election, global pandemic, national protests and economic market volatility, similar to that of many other paradigmatic periods throughout our history - we must find the grit, creativity and determination to support dynamic change and reinvention, deliberately driving to reimagine our own status quo.

When people within the community are equipped with the skills necessary to drive meaningful social and economic change, new policies and efforts can be made and yield unprecedented outcomes and significant transformation not unlike that which the area has felt since the establishment of RTP. While there will always be transformation to the landscape in which we live, the Triangle area is equipped to find the good and reinvent itself, as a result of the unique perspectives among the individuals and organizations that move and relocate, live and learn here. Our foundation is in the art of reinvention, and ready or not, we will be shaping the future of our dynamic community to secure a strong future for the Triangle.

Erica Jevons Sizemore is a broker, realtor and Certified Luxury Home Marketing Specialist. background in finance and marketing is matched with a personal passion for an unparalleled experience, love of home design and inability to sit still - always brainstorming how to better position her gregarious clients to support their lifestyle and financial ambitions. Erica returned to residential real estate after 12 years in finance with Morgan Stanley and having worked as the marketing director for Berkshire Hathaway HomeServices York Simpson Underwood Realty in the Triangle. With a love of North Carolina and all things Raleigh, she has been an active volunteer and committee chairperson at many of our local community standouts, among them the North Carolina Symphony, Carolina Ballet, and Raleigh Chamber, and currently serves on the board of directors for the House of Hope NC.

You can reach out to Erica at Ericajsizemore@gmail.com. For more articles like this, go to New Homes and Ideas.