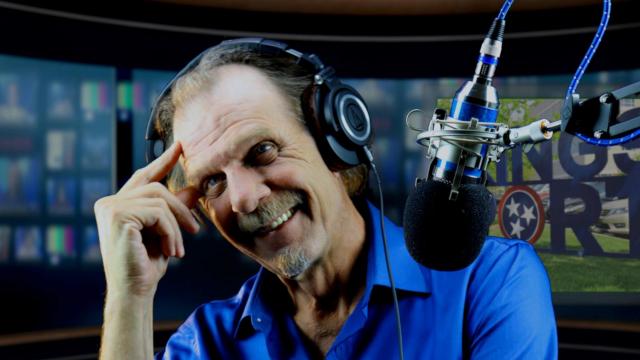 CNN — Michael Lathrop, 58, a census taker in Kingsport, Tennessee, was bitten by a pit bull in August while on the job.

"That dog had lost its mind," said Lathrop, who was bitten on his right thigh while approaching the dog owner's house to ask them to fill out the census. He was able to escape the dog because it was at the end of its leash, and he fell backward several paces, before getting up to complete the survey.

"I got a high pain tolerance, so initially... I didn't really realize how bad it had caught me," Lathrop told CNN in an interview. "'Let me just ask you a few questions,'" he recalled himself saying, finishing up the census survey.

His supervisor advised him to go to urgent care. But to get treated, Lathrop said he had to call the Census Bureau's hotline for workers' compensation. He reached a voicemail message that told him to contact another number for help, that also hit voicemail and suggested another number. The third number led to another voicemail, which looped him back to the first number. Through his supervisor, he said he eventually got in contact with someone much higher up who had been visiting the Knoxville office.

A doctor later counted he had 11 puncture wounds. Lathrop needed stitches and rabies shots, he said.

The job of a census worker has always been difficult, even 20 years ago when there was no coronavirus or economic recession. But the pandemic and the sped-up timeline, coupled with new tech issues and divisive politics have made it harder to get an accurate count.

CNN spoke to Lathrop and seven other current and former enumerators and supervisors across the nation about their experiences on the job, who agreed to talk on the condition of anonymity for fear of retribution.

Other census takers like Lathrop said they experienced harsh work conditions. One man in rural Massachusetts said he was shouted at by another person who he later realized may have been concealing a firearm. One census worker in Chicago said she was followed in her car by another woman.

"We are in every county and city and state throughout the nation. And so, our overriding principle is we go to all of the non-responding addresses," said Tim Olson, associate director of field operations at the US Census. "And if one of our employees encounters a dangerous situation, they need to just exit that situation immediately and contact their supervisor."

The US Census Bureau had low expectations for this year's self-response rate -- it expected 55% of people to respond. Instead, 65% responded, which exceeded expectations, said Olson in a September 10 interview. Census takers needed to be sent out to attempt the rest. (At the time of writing, the self-response rate had ticked up to 66.5%.)

In 2010, the census documented a response rate of 74% from mailed in answers over a more relaxed timeline. Back then, the census didn't offer an online way to respond.

Census takers received the bulk of their training this year online, with a short in-person session for those in certain states, learning things like how to approach a person and survey them for the census and what to do in case of a dangerous situation.

This year's census data is plagued by tech issues such as an app that can freeze and become unresponsive, duplicate addresses and Covid-19 posing its own challenges, according to the people CNN spoke to. Add to that a shortened deadline and experts and current census employees say this year's data quality worries them.

"The Census is the most important data in our country. Census data matter more than any other data that are collected by anyone in the US. A 2020 Census failure is a failure for the whole country," said Shannon Monnat, director of the Lerner Center for Public Health Promotion at Syracuse University.

The US Census Bureau currently has just under a quarter million census takers. Olson, the field operations associate director, said that this year's dropout rate of about 20% is higher than usual, so the bureau has had to hire more than before. "We have lost more people in the hiring and training pipeline than we would normally experience," he said.

Concerns about training and technology

One former census taker in rural Washington state, who worked for five weeks and left because his areas were completed described his brief in-person training with a group of 20 people.

"Most of them were in their 60s, and half of them haven't used technology very frequently. So, half of the time was just explaining very basic aspects of the internet," the former census taker said. "Going through the application, already the application failed numerous times. I felt that the physical training was worthless."

Six other census takers CNN spoke to agreed that some form of technology difficulty was always present during training.

The technical woes plagued census workers across the country and took up valuable time during their limited in-person training sessions, census takers told CNN. Olson said there were some issues primarily in rural areas but said the system overall worked well. The agency can also detect issues in the field as they happen, he added.

Census takers have had to venture into neighborhoods across the country to push the response rate up. They are not allowed to carry pepper spray or fire arms and if they come across a dangerous home, whether it is because of an angry dog, a person with a gun, or electrical problems, they're advised to leave and mark the address as dangerous in their app. But because of the duplicate addresses, some dangerous addresses may appear again on another employee's radar and they will have to attempt the location without knowing what to watch out for, census takers told CNN. The agency told CNN that its system flags duplicates.

"They're not the best areas. And you just go there and you just do it because your supervisor told you to and you're getting paid decent money to do it. But you still get that pit in your stomach," said the Chicago census taker, who is also a current college student.

Olson said the census tries to make the address list as accurate as possible but there are "some duplicates in there." However, in some cases, there really is an extra housing unit at the address, such as a garage or basement that's become someone's living quarters.

"The enumerator is kind of sort of like a little detective trying to figure out, is it a duplicate? Is it an extra hidden living quarters?" said Olson, using another term for census taker.

Another census taker in Los Angeles described two incidents that made him want to quit his job. "A White man got really, really, really angry right from the get-go... he started video recording," the person said. In the second incident, he approached an address he had already visited several times, as he was required to attempt every address on his list. Due to the duplicate addresses, he was sent to this home again, and the man inside warned him with a laugh, "Next time you come on a Sunday, I'll shoot you."

Olson responded, "Whenever an enumerator finds themselves in a risky situation or a dangerous situation, we advise them to leave immediately and contact the supervisor. We don't want people getting into a situation that could be potentially harmful to them."

Asked about Lathrop's dog bite, Olson did not directly address the dog bite but said he was "sorry to hear of this person's situation."

Lathrop, the census taker in Tennessee, isn't the only employee who's had to brave a labyrinth of voicemails. One former census taker in Florida recalled being unable to start her online training for days, because her password expired and tech support's voicemail was full. Eventually, after days, she found a workaround by dialing the number and pressing different buttons than the one listed for tech support until a human picked up.

All those unanswered calls add up to a feeling that the higher-ups aren't lending enough support, employees said.

"Many of the people that are working these jobs are in desperate need of these jobs, and they're going out in the field and putting themselves at risk, with rising crime rates," said a current supervisor in New York. "Many people are facing these issues that honestly should not be occurring."