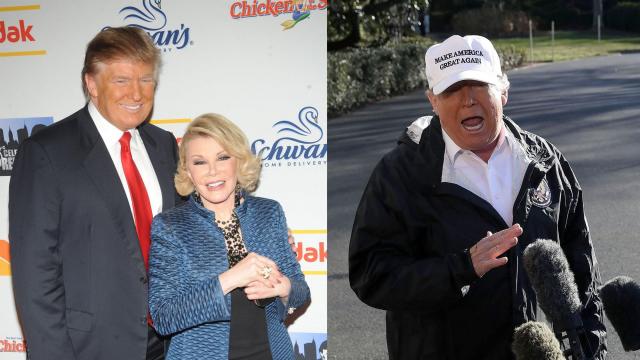 (CNN) — The #10yearchallenge is the hottest trend sweeping Instagram, where users posts photos of themselves 10 years apart. Politicians aren't exactly rushing to join in, so here's a look at eight politicians now and what they were doing back in 2009:

In 2009, Trump was host of the "Apprentice" franchise, which was won that year by Joan Rivers.

In 2019, Trump is the 45th president of the United States, and faces unprecedented investigations into his administration and a record-breaking partial government shutdown.

In 2009, Obama was first lady of the United States.

In 2019, she's a bestselling author in the middle of a book tour that's selling out arenas.

In 2019, Cruz is a bearded senator from the great state of Texas.

In 2009, Ivanka Trump and Kushner were married.

In 2019, Ivanka Trump and Kushner work in the White House.

In 2009, Ocasio-Cortez was a student at Boston University.

In 2019, Ocasio-Cortez is the youngest member ever elected to the House.

In 2009, Pelosi was the first female speaker of the House.

In 2019, Pelosi is again speaker of the House, and still the only woman to ever hold the job.

In 2009, Boehner was House minority leader.

In 2019, Boehner is on the board of advisers of a cannabis company and speaking at cannabis summits.

In 2019, O'Rourke is a former member of the House, considering a possible White House run and well known for his use of social media.

Note: Kushner and Ivanka Trump are pictured from 2018 and Ocasio-Cortez from 2010, and the years for Cruz's and O'Rourke's early photos are unclear.