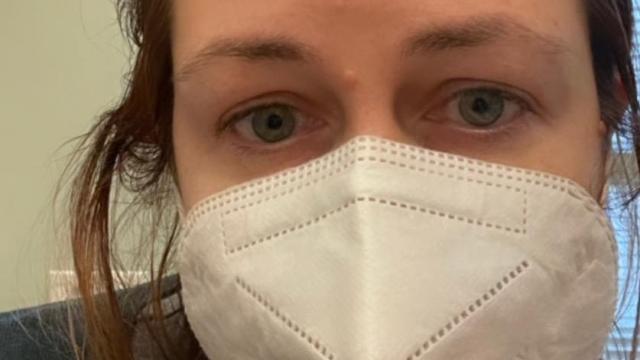 The day before Thanksgiving I took off of work to spend the day with my son. He got to have some mom time where he didn't have to share me with his toddler sister.

We got Bojangles, went shopping for two Salvation Army "angels" and still had time to play some baseball in the backyard. That was when things started to take a turn and the Thanksgiving Eve curse struck.

The day before Thanksgiving has been notorious for accidents in my family. One year, my dad was cutting something with his table saw and just about lost his finger. A visit to the ER and some stitches saved it but they had to cut off his wedding ring because his finger swelled up around it!

Another year, I was rear-ended on I-440 on my way home from work. It was my first real car accident. I was in the middle of a four-car pileup which sent my car flying into the car in front of me. It wasn't hurt, but it was scary.

When we were out last Wednesday, I even remarked about the Thanksgiving Eve curse when a car nearly hit us while driving on Capital Boulevard. I told my son about the previous years and how we needed to just stay safe!

After lunch, we had gone outside to play baseball. He got this Blitz Ball, a plastic ball that is supposed to do crazy curves when you throw it. I pitched to him and he hit the ball pretty hard. I jumped out of the way. No harm, no foul. I was feeling good when I stepped up to the plate. After swinging and missing on four pitches, my son said it was his turn. I asked, pleaded for "Just one more pitch! I might hit this one." He obliged. And with all of his 9 year old might threw the ball as hard as he could. It was a breaking ball that didn't break. Instead it collided with my face.

I remember it in slow motion. Like the ball was floating toward me and I just froze. I must have screamed or moved my mouth because the ball collided directly with my upper lip. I grabbed my nose and face, expecting there to be a sea of blood and teeth on the ground. My son throws hard and fast and I was positive I was missing my two front teeth.

I ran inside and immediately grabbed an ice pack. My son was very upset, but assured me that there was no blood and my teeth were still there. Once the initial shock wore off, I went into the bathroom to assess the damage.

Teeth? Still there. Not loose.

Nose? Red but not bleeding or broken.

Lips? My upper lip on the left side was swelling up quickly. My bottom lip was also pretty red and swollen.

I went to urgent care to get checked out and the doctor said I looked like a person suffering from an an allergic reaction. He said that weirdly, my upper lip absorbed all of the impact. He said I must have screamed or moved my mouth as the ball hit me.

Anyway, I spent the night making jokes about my face so my son wouldn't feel bad. I also took some ibuprofen and iced my face. Within 24 hours my lips were nearly back to normal looking but sore.

I told my son that from now on, I will only play ball with him when I can wear a protective mask (maybe full catcher's gear?!).

What's the worst injury you're child has given you?

I have been headbutted a few times in the nose by both of my children, but that was really it before the fastball incident.