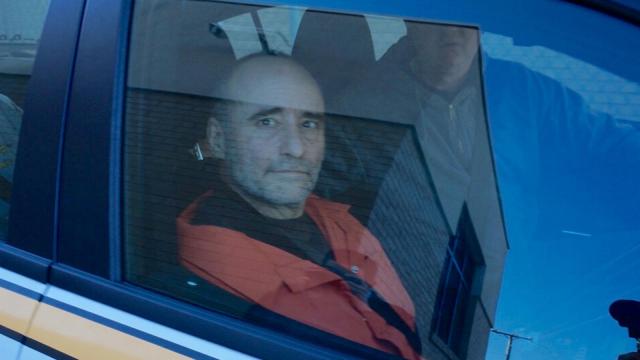 Raleigh, N.C. — The elder of a father-son duo accused in the New Year's Day killings of a Granville County couple – part of a crime spree spanning three states – died Tuesday after attempting to hang himself in his prison cell, authorities said.

Correctional officers at Raleigh’s Central Prison were conducting a routine inmate count when they found Edward Watson Campbell, 54, unresponsive in his cell at 2:20 p.m., said Keith Acree with the state Department of Public Safety.

Campbell was treated by prison medical staff, then transported to WakeMed, where he later died, said Frank Perry, secretary of the state Department of Public Safety.

According to Acree, Campbell was a "safekeeper," which are pretrial inmates with "security, medical or mental health issues that the county jail is not equipped to handle." Acree said he was not able to discuss whether Campbell was on suicide watch.

Campbell and his 21-year-old son, Eric Alexander Campbell, both of Alvin, Texas, face 10 charges, including two counts of first-degree murder and one count each of first-degree burglary, second-degree arson and identity theft, in the deaths of Jerome Faulkner, 73, and his wife, Dora Faulkner, 62.

Authorities believe the Campbells stormed into the Faulkners' home, just north of Oxford, on Jan. 1, robbed them, set their house on fire and killed them before fleeing in the couple's Chevrolet Silverado and a stolen SUV the Campbells allegedly used to drive from Texas to North Carolina.

Police arrested the pair in Lewisburg, W.Va., about 200 miles northwest of Oxford, that evening following a shootout with police.

Granville County Sheriff Brindell B. Wilkins Jr. has said he believes the Faulkners were random targets.