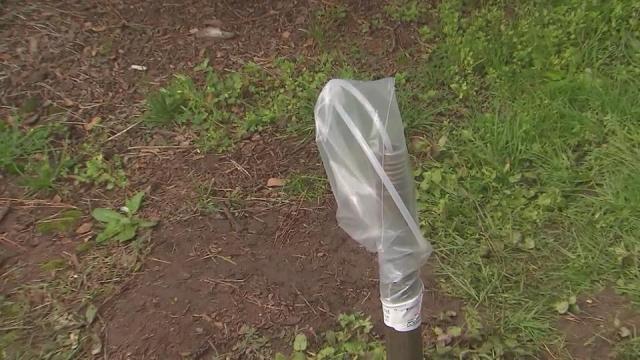 Wake Forest, N.C. — Soil testing in a Wake Forest neighborhood where drinking wells have been contaminated by a cancer-causing chemical has turned up no elevated levels of chemical vapors, state officials said Friday.

More than a dozen wells serving homes along Stony Hill Road were found this fall to have dangerous levels of trichloroethylene, or TCE, a degreasing agent that environmental officials said likely came from electronics plants that used to operate in the area.

When TCE and tetrachloroethylene, or PCE, are present in groundwater, related soil vapor can travel through spaces in soil beneath structures, officials said. If levels of the chlorinated solvents are high enough, the vapor can enter the home and affect the health of people living in the homes.

The state Division of Waste Management said tests conducted last month in 18 crawl spaces and areas below four slab foundations detected no TCE and found one incidence of PCE that was below the level that state and federal regulators consider a health risk. The state agency notified residents Friday of the test results.

Previous testing in October found one home with concerning levels of vapors, officials said. That home tested clean in the latest round.

The Division of Waste Management plans to conduct follow-up groundwater testing of more than 100 wells next week to verify results of earlier tests conducted by the U.S. Environmental Protection Agency.

The EPA is paying to run water lines to 40 homes where contamination was found. The work is expected to be finished next month.