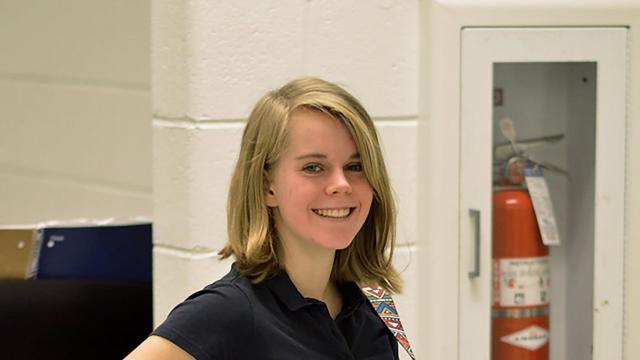 NEW YORK — A 14-year-old boy has been charged with fatally stabbing Tessa Majors, a Barnard College student, during a park robbery near her school in December.

The Manhattan district attorney, Cyrus R. Vance Jr., said the boy, Rashaun Weaver, would be tried as an adult on two counts of second-degree murder and several counts of robbery.

Investigators had long believed that the teenager wielded the knife that killed Majors after she bit his hand during a violent struggle with three assailants. Majors, 18, was found severely wounded on steps outside Morningside Park the night of Dec. 11.

The arrest brought a sense of relief to authorities, who were under pressure to solve the first high-profile case under the new police commissioner, Dermot F. Shea. 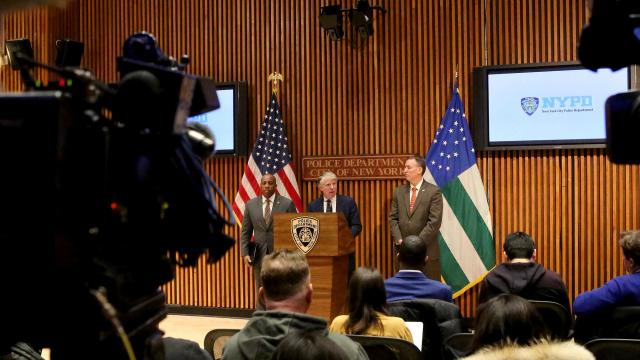 “Sadly, it cannot bring back this young woman, this student, this victim,” Shea said at a news conference Saturday. “We can say we are confident that we have the person in custody who stabbed her.”

The commissioner, who stood beside Vance, said the 14-year-old boy was arrested at 10:30 p.m. Friday in the lobby of a building in the presence of his mother and other relatives without incident.

Authorities said investigators had collected several pieces of physical evidence, including blood samples and a cellphone; they also accumulated video evidence, witness identification and the suspect’s own statements that they said tied the 14-year-old to the crime.

In an audio recording detailed in a criminal complaint, Weaver said in a conversation that he struck Majors with a knife because “she was hanging on to her phone.”

Under New York state law, juveniles charged with intentional murder, as Weaver has been, can be tried as adults. A 13-year-old boy who was arrested days after the killing was charged with second-degree felony murder as a juvenile, because he is accused not of stabbing Majors, but of taking part in the robbery that precipitated the killing.

“We’re dealing with a 14-year-old and what I want to say is that as the district attorney, we will be very careful to safeguard all the rights that he has, as we go forward on this case,” Vance said. “Only a fair process will result in true justice for Tessa Majors.”

Investigators had been on Weaver’s trail for months.

The day after the murder, police detained the 13-year-old suspect, who implicated himself, Weaver and another 14-year-old middle school classmate in the attack.

Several days later, police took the unusual step of releasing images of one of the 14-year-old boys, asking the public to turn him in. Then, in late December, police tracked that boy, Weaver, to a family member’s home in the Bronx.

Authorities believed that the teenager’s family was shielding him until a mark on his hand healed, an official briefed on the case said. The official described the mark as consistent with a bite.

But just hours after Weaver was questioned by police, he walked out of a police station house without being charged.

Weaver appeared briefly in court and was sent without bail to a juvenile facility. Elsie Chandler, a lawyer with Neighborhood Defender Service of Harlem who is representing Weaver, noted her client’s age.

Majors, who had moved to New York from Virginia to attend Barnard College, which is affiliated with Columbia University, was walking in Morningside Park when at least three teenagers tried to rob her, police said.

The criminal complaint, Vance said, painted a “gruesome picture of what this young woman endured in her final moments.”

“Some of the last words she was known to have said,” Vance added, “is, ‘Help me, I’m being robbed.’”

The court documents described how Majors made her way through Morningside Park when she ran across the three teenagers, including Weaver. Police said he had been wearing a navy jacket with a horizontal white stripe and a red stripe across the chest. Investigators said they recognized the outfit from a previous robbery at knifepoint at the park days earlier, according to the court records.

The teenagers had initially set their sights on a man, the complaint said. But they quickly turned their attention to Majors when they spotted her making her way up the stairs.

According to the complaint, a witness heard a male voice tell Majors “Gimme your phone.” The witness then heard Majors scream: “Help me! I’m being robbed!”

Video footage recovered from the scene later shows Majors struggling with her three assailants, according to the complaint. She breaks free and slowly makes her way up the stairs, collapsing at the corner of Morningside Drive and 116th Street.

Police officers found Majors lying face down and bleeding profusely. She was taken to an area hospital, but could not be saved.

A medical examiner concluded Majors had been stabbed several times in the chest, and that a single wound pierced her heart, according to the complaint.

Investigators collected blood samples and other evidence from the crime scene, officials said. DNA linked to Weaver was found in one of Majors’ fingernail clippings, according to the complaint. At Barnard College, the memory of the crime and grief over Majors’ death has not abated.

“It has not gone away at all,” said Sarah Rosen, 20, a first-year student who remembered Majors as a friendly, charismatic presence on campus.

Smaller vigils have continued on campus, she said, including one held last week, and counselors have been actively reaching out to students to keep discussing the situation.

The case echoed the notorious 1989 April attack on a jogger in Central Park. Three decades ago, investigators and prosecutors relied on tough interrogation techniques to obtain confessions from five teenagers accused of the brutal assault and rape of the jogger. The confessions were later proven to be false.

In the long shadow of the Central Park case, police officials said they have taken extra steps to make sure a guardian or a lawyer was present each time one of the teenagers was questioned by detectives.

But lawyers with the Legal Aid Society, which represented the 13-year-old, have argued in court hearings that their client was subjected to aggressive interrogation tactics, including browbeating and screaming. The 13-year-old is expected to face trial for his role in the murder in family court in March.

Police have not ruled out other arrests in the case, officials said. Shea said that police were “in touch with Tessa Majors’ family” after the recent arrest.

“And again, sadly, there is no comfort that we can give them,” he said. “And for that, we are sorry.”