Tesla Slashes Spending, and May Add to Its Troubles 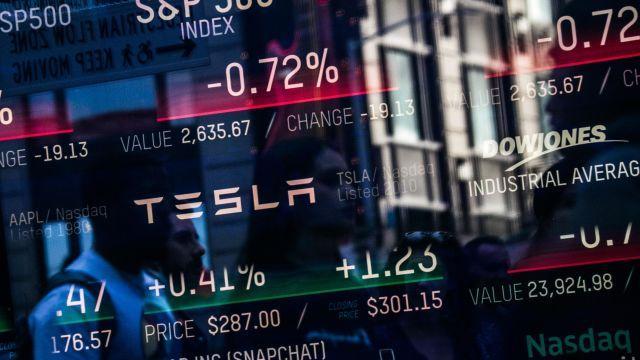 As questions swirl about whether Tesla will go private — and the well-being of its chief executive, Elon Musk — one crucial factor looms large over the fate of the electric car company: Tesla’s own financial health.

The company has undertaken drastic measures as it seeks profitability, cutting costs and even erecting a tent-covered third assembly line at its manufacturing plant. But many of those tactics may not be sustainable for long, and some could even hurt the company down the road.

The state of Tesla’s balance sheet, and particularly its near-term cash position, are important to the company’s future, perhaps even more so since Musk’s surprise declaration Aug. 7 that he would explore taking the company private.

In an emotional interview with The New York Times last week in which he discussed the “excruciating” year he has had, Musk said Tesla would soon be in the black.

“Tesla is going to be profitable and cash flow positive,” Musk said. “From a Tesla standpoint, I think it is a good place.”

His remarks echo what he said on the company’s most recent earnings call, when he predicted the company would turn a profit in the next quarter.

Musk is under intense pressure from Wall Street to make good on that promise, and Tesla has been plagued by manufacturing issues while ramping up production of its mass-market Model 3.

Meanwhile, short-sellers continue to target the stock, injecting a destabilizing element to the company’s share price. Good financial results would be bad news for the hedge funds betting Tesla will fail, and serve as vindication for Musk.

And Tesla’s financial position will have a significant impact on any potential effort to take Tesla private. Investors evaluating a potential take-private deal will be assessing not only Tesla’s long-term prospects, but its current cash on hand and debts.

To achieve that profitability, Tesla is scrambling to slash spending in almost all areas of it operations.

In June, it announced it would lay off about 3,500 employees, about 9 percent of its workforce, in a cost-cutting move. It has approached some suppliers about refunding some money Tesla has paid for projects that are still underway.

Tesla has said it is working to reduce costs by delivering completed vehicles faster. At the end of second quarter, it held inventory valued at $579 million, a figure the company said was “a substantial increase” from previous quarters.

And Tesla has even more drastic cost cutting plans in store. It has said it plans to cut capital expenditures by a fourth this year — to about $2.5 billion from $3.4 billion in 2017.

“There are a lot of levers they are pulling to be cash-flow neutral or positive in the second half, but there’s trade-offs,” said Toni Sacconaghi of Sanford C. Bernstein.

But while analysts say Tesla may very well achieve profitability soon, the spending cuts necessary to do so could be costly, delaying the introduction of new models that could help boost revenues.

What’s more, Tesla’s push to conserve cash will soon be complicated by two bond payments that come due in the next several months.

It is scheduled to pay off a $230 million convertible bond in November, and a payment of $920 million on a second convertible bond is due next February. Tesla could pay the second bond in stock instead of cash, if its share price is above $360. It has traded above that level in recent weeks, but Friday it closed at $305.50.

Tesla has slipped into financial difficulties, in part because of how much cash it has been using up — nearly $1 billion every three months. It ended the second quarter with $2.2 billion, down from $3.3 billion at the beginning of the year.

The company’s precarious cash position prompted Moody’s Investors Service to downgrade Tesla’s debt in March, citing “the likelihood that Tesla will have to undertake a large, near-term capital raise in order to refund maturing obligations and avoid a liquidity shortfall.”

Musk has said no such capital raise would be necessary, because Tesla will soon be profitable. But Bruce Clark of Moody’s said he still expected the company may have to tap the capital markets.

“The company has made some important progress with the Model 3 production and has reduced capital expenditures, but I still think they are going to need additional capital,” Clark said. “It’s not as tight as it had been, but they have to stay on the track they’ve been on recently.”

Musk has said that the production issues that bedeviled Tesla earlier this year are being resolved.

In June, the company hastily built an assembly line in a gigantic tent outside the walls of its plant in Fremont, California, in an effort to speed up production of the Model 3. That extra assembly line — along with the removing of bottlenecks in the two indoor lines — has enabled Tesla to put the output level to 5,000 per week, up from fewer than 3,000 cars per week in May.

Those gains have required round-the-clock production, however, which may not be possible for Tesla to sustain. Other automakers have found 24-hour production is untenable in the long run because workers become burned out and machinery tends to break down more frequently. Further complicating Tesla’s financial future is a Securities and Exchange Commission inquiry into Musk’s tweet announcing that he was considering taking the company private. The commission is expected to begin meeting with Tesla executives this week.

Those legal fees will add up, and the threat of lengthy legal proceedings could also complicate Tesla’s efforts to raise more cash should it need to.

Early Sunday morning, Musk took to Twitter and reminded his followers just how hard he is working as he struggles to make Tesla profitable.

Responding to a post from Arianna Huffington, the Huffington Post founder and member of Uber’s board of directors, who suggested he take a vacation and focus on his physical and mental health, Musk said: “I just got home from the factory. You think this is an option. It is not.”