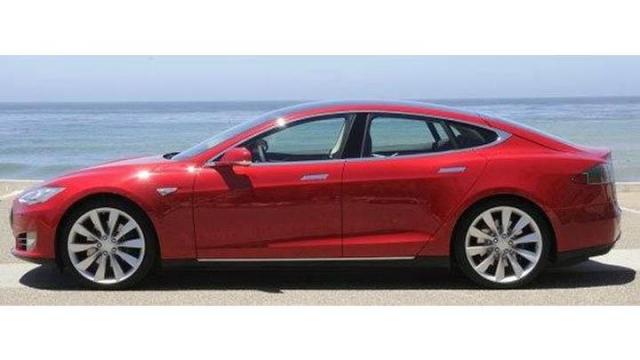 Raleigh, N.C. — Some people have pictures of kids on their cellphones. Ronald Dhing has a picture of his Tesla Model S.

The Boone restaurant owner drove 200 miles to Raleigh Thursday morning to urge lawmakers not to pass a bill that would prevent Tesla from selling to customers like him.

"Every election year, politicians rant and rave about energy independence," Dhing said. Pointing to the picture of his car, he explains, "It's got a 270-mile range and goes 0-to-60 in four seconds."

To him, the car represents that energy independence that campaign speeches mention.

"Now that it's here, they're trying to block it," Dhing said, shaking his head.

Senate Bill 327, Clarify Motor Vehicle Licensing Law, mainly updates the laws that govern the relationships between car dealers and auto manufacturers. Most manufacturers don't have a problem with the bill because companies like Ford and Toyota have broad dealer networks throughout the state.

But Tesla sells its car through a website and doesn't own a showroom in North Carolina.

"Tesla's are custom ordered," explained James Chen, the company's associate general counsel. Even in states where there is a showroom, customers can't walk in and buy a model off the floor.

The company, which announced Wednesday that it had turned its first quarterly profit, has sold 80 of its cars in the state, with 60 more on order.

That's not enough volume to justify a full dealership, company officials say. Tesla does have a service center in Raleigh.

"We just want them to play by the same rules as everybody else," said Robert Glaser, president of the North Carolina Automobile Dealers Association.

Glaser said local dealers have sold cars in North Carolina for 100 years, and even though this bill changes the law, he said it really just codifies the way things should be done.

"A dealer license costs $60," he said. There are 7,000 car dealers across the state, he told the committee.

However, the investment in a showroom and other facilities needed to be a dealer exceeds what can be justified right now by the volume of sales in North Carolina, Chen said.

Asked if the clarification measure didn't just protect the dealer's business model, Glaser argued that it was a consumer protection. Dealers, he said, are the ones that sell cars face to face and provide service.

Dhing said he's has no problems with getting service from Tesla's Raleigh center.

"They come to me," he said, noting that, when his car needed a software update, Tesla was able to send it directly to the car over the Internet.

During the committee meeting, Sen. Josh Stein, D-Wake, asked if there was some sales threshold below which a manufacturer should not have to have a dealership.

The Model S went into production less than a year ago, and sales are just beginning to pick up. So, the company has not yet hit a level of sales where a dealership would make sense.

O'Connell asked the committee to exempt car sales that happen only over Internet.

Sen. Tom Apodaca, R-Henderson, the bill's sponsor, rejected that change, but added, "I'm more than open to working this out."

Like Stein, other members seemed sympathetic to Tesla, if a bit skeptical.

O'Connell replied, "Sir, we've never received a government  subsidy. We have a loan from the Department of Energy, which we are already paying off, and we're paying it off early."

The measure was approved on a voice vote and will next be heard on the Senate floor.