Tesla’s Future Is Not Yet Secured 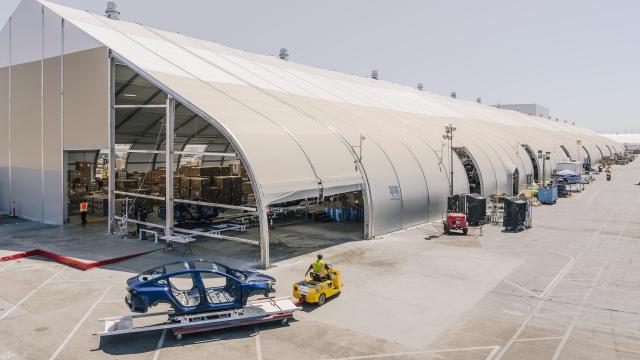 Following the fortunes of Tesla has been a frantic, full-time job in 2018 — and that is not about to change.

Tesla’s stronger-than-expected third-quarter results last week relieved some of the pressure on the company and its chief executive, Elon Musk, after a turbulent few months. Musk engulfed the company in controversy after he said he had “funding secured” to take the company private, a statement that regulators later said was misleading and false.

The automaker posted quarterly profits and positive cash flows, which helped drive its stock sharply higher. Strong sales of its latest car, the Model 3 sedan, delivered a surge in revenue. The company managed to restrain its expenses in the quarter, though that may be hard to sustain for a company that intends to expand quickly.

Tesla is definitely making progress, but some fundamental questions hanging over the company remain unanswered.

How much demand is there for a high-priced electric sedan?

Tesla sold 56,065 Model 3 vehicles during the third quarter, making it one of the top-selling passenger cars in the United States during the period.

It was also one of the most expensive. Jeffrey Osborne of the financial services firm Cowen estimates that buyers on average paid $58,800 for the car in the third quarter. The price was high because Tesla is first selling the car with premium features.

Unfortunately for Tesla, the demand for sedans is plunging, which may undercut one of Musk’s arguments for why a large market exists for the Model 3. On Wednesday, he said the Model 3 competes well against BMW’s 3 Series sedans. But sales of 3 Series cars have suffered as consumers turn to larger vehicles. Tesla may end up fighting for a share of a shrinking market.

Can’t Tesla just cut the cost of its Model 3?

It’s not so simple. The company plans to offer lower-priced Model 3s but selling them with a high price tag bolsters profitability. Tesla’s gross profit on the Model 3 is around $13,000. That’s important because the company needs cash to finance an increase in Model 3 production that is necessary to satisfy the surge in demand that will, in theory, materialize when Tesla offers a price cut.

This could leave Tesla walking a tightrope. If demand for higher-priced Model 3s comes in below expectations, Tesla again will have to tap its pile of cash, raising concerns about its financial health.

Won’t investors give Tesla time to release a lower-priced Model 3?

Tesla is selling a $46,000 version of the Model 3 with a less powerful battery that allows the car to be driven for 260 miles before a recharge, rather than the 310 miles possible with the higher-priced models. Tesla then plans to offer a $35,000 Model 3 in 2019.

But here’s the problem: The cost of making Model 3s still exceeds $35,000. On Wednesday, Musk said it was Tesla’s goal to get the figure down to $30,000 or below. Tesla managed to control expenses in the third quarter, and the longer its production lines are in place, the more costs can be removed. But consistently making big efficiency gains is not easy. If Tesla struggles to produce a $35,000 Model 3, its strategy of broadening its customer base will be in doubt.

How else can Tesla buy time?

It could go out and raise billions of dollars of new money in the markets. Wall Street analysts expect such deals to happen. On Wednesday, Musk sounded slightly more receptive to the idea of raising new capital. Judging by the high valuation on Tesla’s shares, stock investors seem to be in the mood to give Tesla fresh money.

But the company would still need to sell a lot more cars.