Musk’s Effort to Take Tesla Private to Get Board Oversight 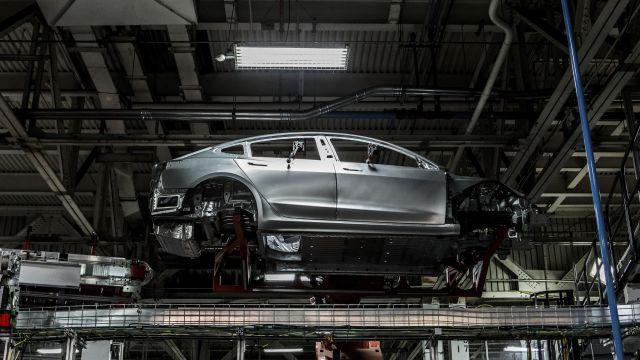 Tesla announced Tuesday that its board had created a special committee to review a potential proposal by Elon Musk, the company’s chief executive, to take the company private.

The board, caught by surprise last week after Musk posted a cryptic tweet about having “funding secured” for a possible buyout of the electric carmaker, said that it had yet to receive a formal proposal or reach “any conclusion as to the advisability or feasibility of such a transaction.”

The three independent directors who make up the special committee, Brad Buss, Robyn Denholm and Linda Johnson Rice, “have the full power and authority” of the board to evaluate and negotiate any potential transaction to take Tesla private, the company said.

The company stressed Tuesday that “no assurances can be given” that any proposal from Musk would be accepted.

Tesla said that Latham & Watkins was serving as legal counsel to the special committee, which plans to bring on an independent financial adviser once it receives a formal proposal. The company said it separately hired the law firm Wilson Sonsini Goodrich & Rosati “as legal counsel in this matter.”

On Monday night, Musk posted on Twitter that he was working with Silver Lake and Goldman Sachs as financial advisers on a proposal to take Tesla private. He also wrote that he had hired two law firms — Wachtell, Lipton, Rosen & Katz and Munger, Tolles & Olson — as legal advisers.

Silver Lake’s aim is to invest in the carmaker as part of its potential delisting, which could be worth tens of billions of dollars, two people with direct knowledge of the matter said. The firm is not going to be paid for any work it does to help the Tesla co-founder explore his options, said the people, who spoke on the condition of anonymity to discuss confidential negotiations.

Senior executives of Silver Lake, one of the biggest technology-focused private-equity investors, have known Musk for years and have had him speak at an annual meeting of its portfolio companies on at least one occasion. An arm of the firm, Silver Lake Kraftwerk, had invested $100 million in SolarCity, the solar-power company that Musk co-founded and is now part of Tesla.

The people would not say when Silver Lake began working with Musk on his plan. A spokeswoman for the investment firm declined to comment.

Tesla’s efforts to wrest the situation from its unpredictable chief executive and co-founder come after Musk declared in a blog post Monday that he had communicated for more than a year with a Saudi sovereign wealth fund about taking the company private. He said he had left one recent meeting “with no question” that a deal with the fund could be closed, though people familiar with the workings of the fund cast doubt on his account Monday.

The blog post appeared to be an attempt to address investors and financiers who were caught off guard by his initial tweet on Aug. 7 announcing that he was “considering taking Tesla private at $420.” Such disclosures are usually made in regulatory filings; the tweet led to an inquiry from the Securities and Exchange Commission about Musk’s choice of forum.

In his blog post, Musk said that “the right thing to do was to announce my intentions publicly” to all shareholders. But according to people familiar with the situation, Musk told an informal adviser that he had posted on Twitter impulsively and as an angry reaction to the company’s critics.