Spring Hope, N.C. — A man was driving his Tesla on "autopilot mode" early Wednesday when he nearly missed hitting a Nash County deputy standing outside his cruiser – before crashing into patrol cars from the Nash County Sheriff's Office and State Highway Patrol parked on the side of U.S. Highway 64.

Devainder Goli, a Raleigh doctor, was in the Tesla, watching a movie on his cell phone while his car drove itself, officials said.

The Tesla collided with the deputy's car first, which then was pushed into the State Highway Patrol car from the impact. 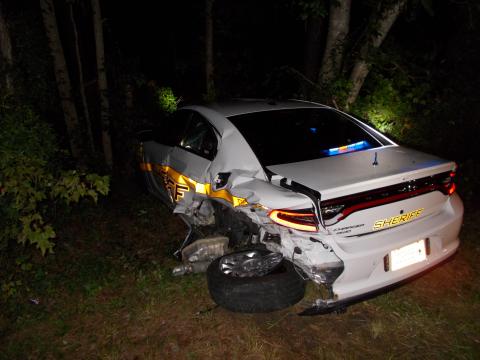 The deputy was conducting a lane closure overnight on U-S 64, near Spring Hope, as a highway patrol trooper investigated a separate crash. Both the deputy and trooper were outside their cars.

"Luckily, the state trooper pushed our deputy out of the way when he heard the tires squall and in an instant we could have lost a life or several lives. It could have been very horrific," said Nash County Sheriff Keith Stone.

Goli works at Halifax Regional Medical Center in Roanoke Rapids and was driving back to Raleigh when the accident occurred. He was charged with a move over violation and viewing a television device while driving. 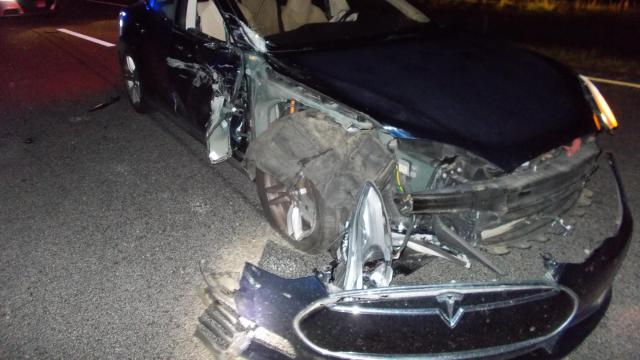 The Tesla is marketed as having "full self-driving capabilities" and is created using artificial intelligence technology. The autopilot feature is described on Tesla's website as a feature that "enables your car to steer, accelerate and brake automatically within its lane."

But, Tesla's website says that Autopilot still requires attention from the driver.

“There needs to come a time when we need to understand that automation can not do everything," said Stone. "It’s not enhancing our safety, and in this situation, it could kill two law enforcement agents.”