Tesla: Not clear yet whether Elon Musk's plan to go private makes sense 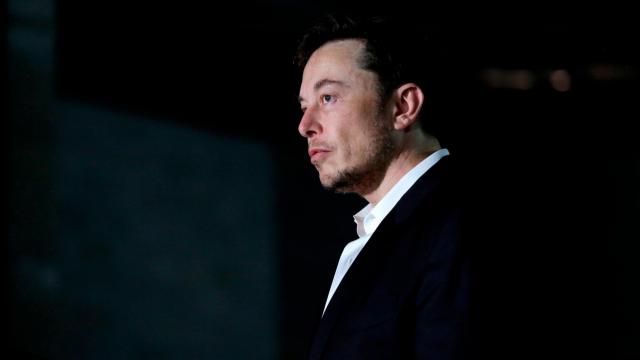 (CNN Money) — Tesla isn't on board with CEO Elon Musk's plan to take the company private, at least not yet.

The company's directors said Tuesday that they had formed a special committee of three independent board members to study the proposal. And they cautioned that the board has yet to endorse the idea of taking the electric car maker private.

"The special committee has not yet received a formal proposal from Mr. Musk regarding any going private transaction nor has it reached any conclusion as to the advisability or feasibility of such a transaction," said the statement.

The Tesla directors who will weigh the proposal are Brad Buss, the former chief financial officer of SolarCity, the solar panel company that Tesla purchased in 2016; Robyn Denholm, the chief operating officer of Telstra, a telecom; and Linda Johnson Rice, the CEO of Johnson Publishing.

Musk shocked Wall Street last week when he announced by tweet that he was considering taking the company private, saying that he had "funding secured" for a deal.

On Monday, he said that the financing referred to talks he has had with Saudi Arabia's sovereign wealth fund, which he said recently bought nearly 5% of Tesla stock as it tries to diversify away from oil holdings. The fund did not answer a request for comment.

Musk said the Saudis approached him repeatedly about going private, and he said he left a meeting with them on July 31 with no question that a deal could be closed — "it was just a matter of getting the process moving."

Musk said in the blog post that he needs to complete discussions with Tesla's other major investors before he presents a formal proposal to the special committee of the board.

Tesla's stock was down about 1% on Tuesday at $353. That is well below the $420 price that Musk has proposed for taking the company private, and suggests many investors have doubts the deal will be completed.