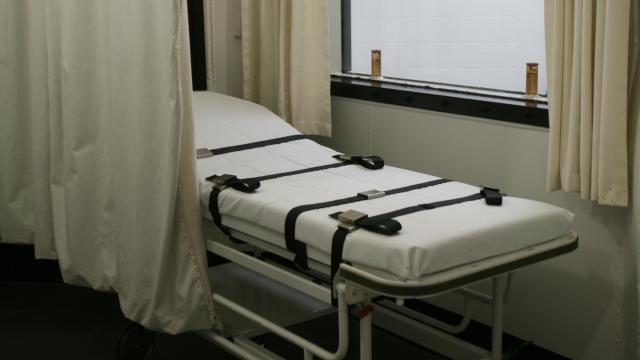 Raleigh, N.C. — It has been a decade since North Carolina has carried out a death sentence, but both men hoping to be the state's next attorney general insist the law should remain on the books to punish "extreme" or "heinous" crimes.

"This is something that people by and large want and support," said Sen. Buck Newton, R-Wilson, the Republican candidate. "It's clearly been a part of our criminal justice system for a long time, and there are clearly crimes that are so heinous, the criminals deserve the death penalty."

Josh Stein, a former Democratic state senator from Wake County, also supports the death penalty, but he emphasized the state needs to take care to avoid racial bias that has contributed to a de facto moratorium in the state.

"I support the death penalty because I believe that certain crimes are so heinous that it is the appropriate punishment. In implementing it, our justice system must ensure no innocent person is executed and that race does not play a role in who lives or dies," Stein said.

Capital punishment is an option in 31 of 50 states and can also apply to crimes prosecuted by the federal government. Since 2009, five states – Connecticut, Illinois, Maryland, Nebraska and New Mexico – have abolished the death penalty. Other states, among them North Carolina, find themselves caught in morass of various state and federal court rulings. As detailed by National Conference of State Legislatures research, much of the recent controversy has centered on drugs used in lethal injections.

The last inmate North Carolina put to death was Samuel Flippen, who died at 2:11 a.m. on Aug. 18, 2006. The 36-year-old Flippen was convicted in the beating death of his 2-year-old stepdaughter 12 years prior to his execution.

Of the 147 men and three women currently on death row, only 17 were put there after Flippen's execution.

During that same decade, 11 death row inmates died of natural causes, and another killed himself. Four other inmates were re-sentenced to life in prison thanks to the Racial Justice Act, a since-repealed law that allowed death row inmates to challenge their sentencing based on evidence of racial discrimination. Those cases are still being contested.

While other Racial Justice Act cases are pending, 25 other inmates have left death row in the past 10 years thanks to court decisions that either converted their sentences or led to other legal proceedings.

One of those 25 was Henry McCollum, whose conviction was overturned thanks to new DNA evidence. He was granted a pardon of innocence by Gov. Pat McCrory.

Both Newton and Stein say the state should do what it can ensure it never executes an innocent person.

The biggest difference between the two men on the issue of the death penalty centers on the Racial Justice Act. Stein voted for the 2009 bill when Democrats controlled the General Assembly and was critical of Republican efforts to roll it back, voting against a 2013 repeal bill.

"The purpose was to ensure that, if the state was going to impose the death penalty, race would not play a role," Stein said.

Newton voted for the 2013 legislation that repealed the Racial Justice Act and took other steps to try to reinstate the death penalty.

In a recent interview, Newton said that, while he differs with current Attorney General Roy Cooper, a Democrat, he does not fault him for his handling of death penalty cases.

Both Stein and Newton said there were few things that the next attorney general could do to speed various legal challenges to the death penalty to their conclusion.

"There may be things the attorney general could bring forward to the legislature," Newton suggested.

Ironically, the 2013 Racial Justice Act repeal bill and subsequent legislation in 2015 may have prolonged the state court battle, said David Weiss, a lawyer with the Durham-based Center for Death Penalty Litigation. By 2013, he said, North Carolina's death penalty laws were working their way through the appellate process. But the 2013 and 2015 laws, he said, created a new basket of issues to be litigated. After a two-year-long attempt by Cooper's office to pull the case into federal court, the state case challenging the appropriateness of the death penalty is once again in a pre-trial phase.

He also pointed to federal crime statistics that show violent crime has dropped across North Carolina over the past 10 years.

Newton and Stein can both claim the backing of various police groups, and it seems unlikely that someone running to be the state's top prosecutor could realistically disavow capital punishment. A 2013 Elon University Poll found 61.2 percent of North Carolina respondents favor the death penalty for murder, versus 30 percent who oppose it.

But while opposition to the death penalty has historically come from those on the liberal end of the political spectrum, a growing number of people who view themselves as law-and-order conservatives are also speaking out against it. One prominent example is former Supreme Court Justice I. Beverly Lake, a Republican who wrote an editorial saying that he no longer believes the death penalty can be imposed fairly.

Meanwhile, Rep. John Hardister, R-Guilford, is a Republican who has also called for the abolition of the death penalty. He makes the argument that the state spends too much money on death penalty cases and that conservatives should view it as just another government program of which they should be skeptical.

"If we can go 10 years without having it, I think we can get rid of it permanently," Hardister said.