Telltale, Acclaimed Maker of Story-Based Video Games, Lays Off Most of Its Staff 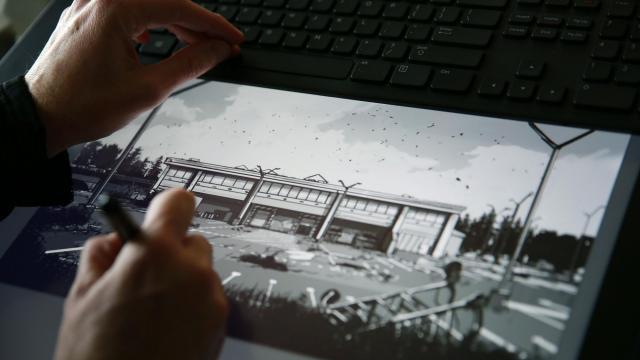 Telltale Games, an independent developer and publisher that championed narrative in video games through its characters’ conversations and quandaries, laid off most of its staff Friday, the company said.

Telltale created point-and-click adventure games based on well-known entertainment properties like “The Walking Dead,” “Game of Thrones” and Batman. The games could be bought piecemeal as each $5 episode was released — usually two to three months apart — or, eventually, all at once.

The studio had leaned on licensing since it was founded in 2004, with early games based on comic book series like “Sam & Max” and “Bone,” and eventually movies such as “Jurassic Park” and “Back to the Future.”

Its departure from the industry would be a blow to storytelling in video games that does more than fill the gaps between gunfights. What appears to be the sudden cancellation of Telltale projects — including one that has been partially published — has upset fans.

“We released some of our best content this year and received a tremendous amount of positive feedback, but ultimately, that did not translate to sales,” its chief executive, Pete Hawley, said in a statement Friday.

The studio’s breakthrough came in 2012 with its game “The Walking Dead,” which had players make difficult moral choices in a zombie-infested universe.

Players determined how the protagonist, a former college professor with a secret, would try to protect a young girl whose parents had vanished in the outbreak. In addition to choosing from dialogue options, they were forced to rapidly respond to dire choices: After the professor is bitten by a zombie, he must decide whether to have his arm sawed off.

Creating characters who resonated with players — and fleeting moments to alter their relationships — were among Telltale’s biggest contributions to the industry, said Evan Skolnick, who teaches video game writing at Cogswell College in San Jose, California.

It was a “heart-wrenching, gut-wrenching, Sophie’s Choice-every-10-minutes type of experience,” said Skolnick, who spent about nine months writing for Telltale’s later games. “People were emotionally hooked, and they wanted to see what was going to happen next. They were very much involved in the story and the characters.”

Players may have grown fatigued with games by Telltale, however, as they became familiar with what was once an innovative formula, Skolnick said. Although the games suggested that players could influence the unfolding story, like a “Choose Your Own Adventure” book in digital form, the various pathways ultimately converged.

The success of “The Walking Dead,” which was named game of the year by publications like USA Today and Wired, led Telltale to nearly double the size of its offices and expand to 400 employees. It began churning out episodic content based on intellectual properties like “Guardians of the Galaxy” and Minecraft.

But after rapid growth came a rocky collapse. The studio laid off 90 employees in November, and harsh working conditions at the company were detailed in a March article by The Verge. In June, Telltale’s former chief executive, Kevin Bruner, sued the company, which he had helped found.

“We did have demanding projects and demanding deadlines, and it is kind of an industry norm,” said Mary Kenney, a writer for Telltale who was laid off Friday.

Telltale said it retained 25 employees “to fulfill the company’s obligations to its board and partners.” The studio had been working on an interactive series for Netflix involving Minecraft. A game based on the Netflix show “Stranger Things” was canceled, according to news media reports.

Even so, the studio’s influence on video game narratives will continue.

An anticipated sequel to “Life Is Strange,” an episodic game by Dontnod Entertainment that prioritizes conversations, is set to be released this week. And in “Firewatch,” the first game by Campo Santo, a studio founded by former Telltale writers, the two main characters build a powerful relationship while communicating with walkie-talkies.

Despite the layoffs at Telltale, the second episode of “The Walking Dead’s” fourth and final season is being released Tuesday. The company has not announced whether it will publish the final two episodes, but Kenney, the lead writer of the second episode, said all the writers and designers on the project were laid off.

“It’s still shocking and it’s heartbreaking” to abandon the game after working on it for a year, Kenney said. She added, “Not to be able to celebrate that final launch party is pretty gutting.”