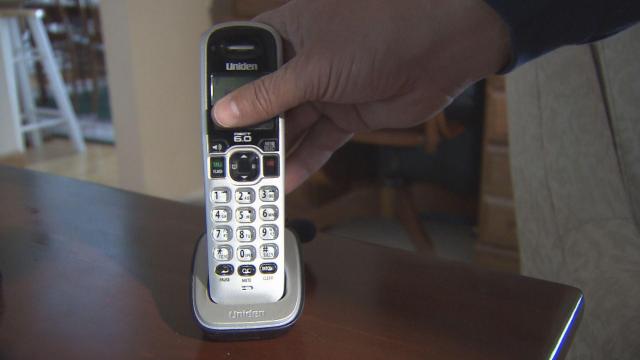 Raleigh, N.C. — Whether you're trying to get ready in the morning, dealing with the kids at midday or preparing dinner at night, phone calls from telemarketers are – at the very least – annoying.

Mary Ennis gets calls with offers for everything, from lower credit card interest rates to home security systems.

"The FBI has reported numerous break-ins in your area,” Ennis said, repeating the line she’s often heard from telemarketers. “We'll get two or three a day."

And Ennis' has been on the National Do Not Call Registry since the day it started.

The Federal Trade Commission started the registry in 2003 to prohibit telemarketers from calling numbers voluntarily put on the list. Now, 217 million phone numbers are on it, but many consumers say it’s not working.

“We're getting complaints now more than ever,” North Carolina Attorney General Roy Cooper said. “The biggest increase we're seeing is in the area of robo-calls. Those complaints have doubled for the past two years.”

Cooper said his office received almost 3,000 complaints last year about unwanted telemarketing calls. This year, they already have more than 4,000. Most are about robo-calls, which are illegal in North Carolina.

"If you are trying to sell something, it is illegal to have a robo-call without a human voice coming on and asking if you want to hear it,” Cooper said. "So most of the people using these robo-calls now and violating the law are shady businesses or scam artists."

Technology is what makes robo-calls so attractive to scammers. With automatic dialing systems, they can blast out millions of phone calls in a matter of hours for pennies. And they can easily cover their tracks by spoofing their number so that the wrong one shows up on your caller ID.

Some scammers actually rent a caller ID or a company name for a day – or even just a few hours – to keep from getting caught.

Last week, the Federal Trade Commission shut down five companies the agency claims defrauded consumers out of as much as $30 million in just the past few years. In what almost seems like a desperate effort to find a solution, the FTC is now offering a $50,000 prize to whomever can come up with a way to block illegal robo-calls on landlines and cellphones.

“Bothering is bad enough,” said Cooper. “Ripping you off is worse.”

Experts say the worst thing you can do when you get a robo-call is to stay on the line to talk to someone.

He said don’t follow prompts to press numbers during a call.

“If you press that number, you are telling them that they have a good phone number. And it's a phone number that they can sell to other telemarketers and scam artists, so you are likely to get more,” he said. “We tell people when you get a robo-call, hang up.”

Mary Ennis said: "The system is not working if people are still getting calls. That's what it boils down to.”

Cooper said the registry is working with legitimate businesses. Without it, he said, people would have even more unwanted calls coming in.

"I just think it's an annoying thing that you shouldn't have to deal with,” Ennis said. “That's it."

Many people complained to 5 On Your Side over the last couple of months about all of the political calls they were getting. Those calls are exempt from the law. Cooper says he has pushed to change that in North Carolina, but he can't get the legislature to agree.

Polls and charities are also exempt.